(Warning this article was found on a Known GOP Propaganda Organ, it will be biased against intelligence and sanity, and may contain brainwashing techniques)

A group of American Christians who had more than 300 Bibles confiscated by Chinese officials when they arrived in China is refusing to leave the airport until they get the books back, their leader said Monday.


Pat Klein said he and three others from his Vision Beyond Borders group spent Sunday night at the airport in the southwestern city of Kunming after customs officers took the Bibles from their checked luggage.

"I heard that there's freedom of religion in China, so why is there a problem for us to bring Bibles?" said Klein, whose Sheridan, Wyoming-based group distributes Bibles and Christian teaching materials around the world.

The Bibles were printed in Chinese, he told The Associated Press in a telephone interview.

The move comes as China hosts the Olympics in Beijing, where false media reports last year claimed Bibles would be banned from the games. The state-run China Daily reported last month that 10,000 bilingual copies of the Bible would be distributed in the Olympic Village, which houses athletes and media.

In China, Bibles are legally printed at just one plant — the world's largest — run by a communist government-backed Christian association, and are available in many bookstores. But the officially atheistic government prohibits proselytizing and is worried that if the spread of religion goes unchecked, believers might ultimately challenge the Communist Party's authority.

A woman on duty at Kunming airport's customs office confirmed over the telephone late Sunday that 315 Bibles were found in the passengers' checked baggage.

The officer, who would only give her last name, Xiao, denied confiscating the Bibles. She said authorities were just "taking care" of them and provided no further details. She later said she was not authorized to speak to the media and referred questions to the national customs headquarters in Beijing, which did not answer phones on Sunday.

On Monday morning, Klein said Chinese officials had shown the group what they said were regulations that banned bringing Bibles into China, but that the documents were in Chinese. "We are waiting for them to come back with the law in English," he said.

Chinese officials had asked the Christians to leave the room at the airport where they spent the night, but Klein told the officials they did not want to go without the Bibles.

Klein said the customs officers had told him that they could each have one Bible for personal use, but no more than that. He said the officers had videotaped them and were insisting that they leave the airport.

"We don't want to go without taking those books. It cost us a lot of money to bring them here," Klein said. "They're saying that it's illegal to bring the Bibles in and that if we wanted to, we had to apply ahead of time for permission."

China faces routine criticism for human rights violations and repression of religious freedom. Religious practice is heavily regulated by the Communist Party, with worship allowed only in party-controlled churches, temples and mosques, while those gathering outside risk harassment, arrest and terms in labor camps or prison.

A Chinese Christian activist was detained Aug. 10, the opening weekend of the Olympics, on his way to a church service attended by U.S. President George W. Bush in Beijing. A rights group said later that the activist, Hua Huiqi, a leader of the unofficial Protestant church in Beijing, had escaped from police and was in hiding.

Police have denied any involvement in Hua's disappearance. 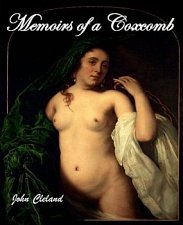