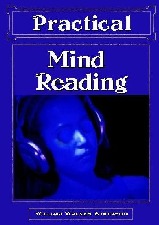 Though the national sentiment favors wrapping up the Iraq War, there exists a small but powerful movement for starting a new military conflict with Iran. The bipartisan drumbeats for aggression reverberate throughout the corridors of Congress. House Resolution 362 and Senate Resolution 580, for example, call on the United States to prevent Iran from "acquiring a nuclear weapons capability through all appropriate economic, political, and diplomatic means.

The House's Iran resolution, sponsored by Representative Gary Ackerman (D-NY), demands the president impose "stringent inspection requirements on all persons, vehicles, ships, planes, trains, and cargo entering or departing Iran." This legislation effectively requires a blockade on Iran which is considered by international law as an act of war. The Senate's Iran resolution, sponsored by Senator Evan Bayh (D-IN), would require a ban on "the importation of refined petroleum products to Iran." Neither resolution offers evidence on Iran's alleged pursuit of a nuclear weapon. Both neglect to mention any sanctions against the only country known to actually have developed nuclear weapons in the Middle East: Israel.

Evoking Orwellian 2+2=5 logic, both Congressmen have offered sanctions as the means to avoid war by applying economic pressure on Iran. Yet sanctions rarely achieve their intended objective. For instance, unilateral U.S. sanctions failed to topple the Cuban, Iraqi and Libyan governments. They punished (and in Cuba's case, continue to punish) civilians instead.

Washington-Israel Summit
The "squeeze Iran" and "confront Iran" positions are strongly encouraged by the increasingly powerful Zionist Christian Fundamentalist community. About 5,000 people from across the United States attended the third annual Washington-Israel Summit, organized by Christians United for Israel (CUFI). There, the "Iranian threat" loomed as a pervasive theme.

"What do you do with a maniac like Ahmadinejad? I'm not sure diplomacy works," Gary Bauer, President of American Values and a CUFI executive board member, told the crowd during the July 22 "Middle East Intelligence Briefing." Another panelist, Representative Mike Pence (R-IN), urged the attendees to make their support for HR 362 known to their members of Congress.

We attended this "the Rapture" meets "Clash of Civilizations" session – on the only day open to the press. We listened to the never-ending chorus from Bauer, Pence, Representative Elliot Engel (D-NY), and The Weekly Standard editor William Kristol who kept telling the assembled crowd why Americans must fear "Islamo-fascists"/"Islamo-radicals"/"death worshippers," and their other scary names for Muslims. Panels curiously closed to the press at the three-day conference included "Iran: Eye of the Storm," "Radical Islam: In Their Own Words" and "How to Stop Funding the Enemy: Divestment, Sanctions and Boycotts."

As Muslims, we attended the summit to learn more about CUFI. What we found was disturbing. Being well-received and courteously treated by the pleasant staff of a conference that talks of Muslims as "death worshippers" was a truly paradoxical experience. We also found it ironic that the organization's acronym, CUFI, is pronounced like kufi, an Arabic word for the short, rounded prayer cap worn by devout Muslim men.

John Hagee
John Hagee (whose name was recently in the news for ties to John McCain, who subsequently distanced himself from the Texas megachurch pastor), founded CUFI in 2006. According to its statement of purpose, the group seeks to "provide a national association through which every pro-Israel church, parachurch organization, ministry, or individual in American can speak and act with one voice in support of Israel in matters related to Biblical issues." Christian Zionists believe that support for Israel is not only mandated by God but is required in order to hasten the second coming of Christ (the End Times). They predicate their support for Israel on a desire to bring on Armageddon, and therefore push for policies that they believe will make this happen faster. Their "support" for Jews comes with a major and ironic caveat: after the second coming of Christ, Jews are required to convert to Christianity or else be left behind with the other "non-believers," like Muslims. Prior to starting CUFI, Hagee published a related, and equally disturbing, book called Jerusalem Countdown.

Those who don't subscribe to this religious interpretation too often dismiss Hagee and CUFI as "kooky." It's even kookier to ignore Christian Zionists' influence on U.S.-Middle East policy. In fact, Hagee, who also leads the 18,000-strong Cornerstone Church in Texas, would like to see CUFI become "the Christian version of AIPAC," (Read Max Blumenthal's article "Birth Pangs of a New Christian Zionism," published in The Nation's August 8, 2006 issue, for more about this.)

According to the Nation article, White House officials met with CUFI leaders in 2006 in a series of off-the-record meetings to discuss its policies in the Middle East. "CUFI's Washington lobbyist, David Brog, told me that during the meetings, CUFI representatives pressed White House officials to adopt a more confrontational posture toward Iran, refuse aid to the Palestinians and give Israel a free hand as it ramped up its military conflict with Hezbollah," Blumenthal wrote. Brog, who serves as CUFI's Executive Director, couldn't disclose who CUFI leaders met with at the White House.

CUFI's 'Middle East Intelligence Briefing'
Just so readers don't think speakers at the "Middle East Intelligence Briefing" pandered to the audience, compare CUFI's positions to what supposedly reasonable members of Congress declared on the same issue. Being "committed to Israel" has come to mean passing congressional resolutions that vitiate rational, constructive policy towards Israel and its Middle Eastern neighbors. For example, Engel received a rousing standing ovation when he declared: "I don't think the U.S. needs to be even-handed in the Middle East – it needs to stand with and behind our only ally, Israel." Demonstrating the Congressman's resolve to support legislation targeting Israel's "enemies," Engel sponsored the 2003 Syria Accountability Act in the House, which led to the imposition of U.S. trade sanctions against Damascus.

Parroting Engel, Pence reiterated, "As the election approaches it will be a time of choosing. America's role is not to be an honest broker in the Middle East. It begins with standing for the security and interests of Israel." What kind of message does that send to Arabs, Persians, and Muslims in the region – the majority of whom would like to see peace and political, social, and economic development reign supreme over lingering war, occupation, and enmity?

"Iran reminds me of Adolf Hitler," Engel told the crowd of young, middle-aged, and old folks. "When Ahmadinejad says he wants to wipe Israel off the map, he means it. He'd do it to the U.S. and Europe if he could." Engel then added, "We need to look at the world as it is – there's no way we can sit idly by and allow Iran to build a bomb. Iran is not doing this for peaceful reasons...Iran is the largest sponsor of terror in the world – in Lebanon, Syria..."

Even worse, according to the Congressman, "We find Iranians making inroads in South America with Bolivia and Venezuela. Iranians have no business in the Western Hemisphere." The paranoia around Iran is so great that relatively small trade deals between South American countries and Iran is viewed as a threat. Not to be outdone, Pence offered this nightmare scenario on Iran: "This is a perilous time with the menacing pronouncements of Ahmadinejad. God forbid the next Holocaust will not require camps but one missile and one bomb and 17 minutes of flight. Americans, Democrats and Republicans, are coming together to place more pressure on Iran until it abandons nuclear weapons." Thunderous applause ensued. Some in the crowd even raised their hands in the air, presumably to pay homage to an Iran-hating God.

Hearing these hostile pronouncements on Iran, without context, history or mention of the 70 million Iranian people, we both wondered if the Congressmen or expert speakers had actually read the December 2007 National Intelligence Estimate on Iran, which concluded that Iran did not have a nuclear weapon or program to build a nuclear weapon? In another instance of dubious credibility, Kristol praised the U.S. surge in Iraq, exclaiming, "We're on the verge of winning the war on Iraq!" He warned that the consequences of an early U.S. withdrawal would be "catastrophic," without explaining how the U.S. occupation of Iraq has brought any modicum of stability in the first place. He didn't mention the catastrophe for more than 4 million displaced Iraqis, whose destinies, alongside other Iraqis, have been altered by the war and occupation, or the wounded and broken U.S. veterans, who too often lack adequate medical care upon returning home. "We understand our enemies and we will win this war," Kristol concluded. "We can win this war against jihadists who worship war, kill Israelis, and Americans."

After the two-hour briefing, we headed toward the exit of the Convention Center. Later that evening, Senator Joseph Lieberman (I-CT) would address the "Night to Honor Israel Banquet," alongside Hagee and Israeli Ambassador to the U.S. Sallai Meridor. We walked past the "Daughters for Zion" booth and another booth selling "Treasures of the Holy Land" – shiny, golden menorahs and ornate ceramic plates with the image of Old Jerusalem. (A sign assured that all those tchochkes were made in Israel, not a Chinese factory.) One would never have known that Muslims also share and inhabit the Holy Land, after spending a day at the conference.
United Against Muslims
Ultimately, what we found most disturbing about the Summit is how this group of Jews and Christians, Democrats and Republicans, managed to get past their differences to unite against their Muslim enemy. As Muslims, we never felt any hostility toward us personally, but rather a hostility towards the entire Muslim world for being a threat to the Western civilization shared by Christian and Jews (at least white Christians and Jews). We never heard any of the panelists explicitly say, "Muslims are evil." However, the same message was finessed with the excessive use of the trendier, post 9/11 term, "Islamo-facists," and its equivalents, "Islamo-radicals," "jihadists" and "death-worshippers."

William Kristol did mention that more Muslims have died fighting against terror than any other people. But he never managed to follow up with how Christians and Jews, if truly interested in promoting democracy and human rights around the world, could or should partner with those of the third faith of the Abrahamic religions, Muslims. Instead, it felt as though we were witnessing the manifestation of Samuel Huntington's "Clash of Civilizations" thesis inside the convention center's halls.

Pence assured the audience "We're not beating the drum for war. Peace for Israel is through strength alone." Yet can there truly be peace for Israel alone in the small part of the world we call the Middle East? We think not. Christians United for Israel isn't the type of organization that will help advance a Middle East peace process. Nor can it help facilitate a constructive peace making role for the United States. What's needed is a movement of all people united for a peaceful and just Middle East.

Dedrick Muhammad is the senior organizer and research associate for the Program on Inequality and the Common Good and Farrah Hassen is the 2008 Carol Jean and Edward F. Newman Fellow at the Institute for Policy Studies. They are contributors to Foreign Policy In Focus. 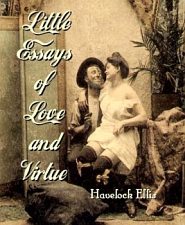