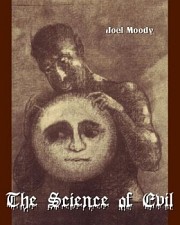 Does Sarah Palin Really Have a 5th Child? Just another GOP Hypocrite and LIAR!

Trig Paxson Van Palin is the Alaska Gov.'s grandson. NOT HER OWN CHILD!

With the news of Sarah Louise Heath Palin inexplicably being chosen as a Vice-Presidential nominee, the attentive American public was also introduced to her character. Unfortunately for all of us, it was filled with multiple instances of backtracking and outright lies. While Alaskans had been giving her an 80% approval rating, recently 87% of Alaskans polled on the subject of TrooperGate believed she was lying.

Now, I've known liars in my life. Their single core problem is not with themselves, but those around them. If they're never called out on their twisting of truths and fabrications, they simply continue to make larger lies.

Well, Sarah, I'm calling you a liar. And not even a good one. Trig Paxson Van Palin is not your son. He is your grandson. The sooner you come forward with this revelation to the public, the better.

The story begins on March 6th, when Sarah decided to come forward and announce to the world that she was pregnant, a monumental occasion for an acting Governor. Republican Governor Jane Maria Swift of Massachusetts was the first sitting Governor in United States history to give birth in office just seven years before, and now here we were once again. Yet, no one could believe the news:

JUNEAU -- Gov. Sarah Palin shocked and awed just about everybody around the Capitol on Wednesday when she announced she's expecting her fifth child.

Palin said she's already about seven months along, with the baby due to arrive in mid-May.

That the pregnancy is so advanced astonished all who heard the news. The governor, a runner who's always been trim, simply doesn't look pregnant.

Even close members of her staff said they only learned this week their boss was expecting.

"I thought it was becoming obvious," Palin said. "You know, clothes getting snugger and snugger."

"Really? No!" said Bethel state Rep. Mary Nelson, who is close to giving birth herself.

"It's wonderful. She's very well-disguised," said Senate President Lyda Green, a mother of three who has sometimes sparred with Palin politically. "When I was five months pregnant, there was absolutely no question that I was with child."

Palin said she's not aiming to take any time off from her job as governor, assuming all goes well with the pregnancy.

With Palin riding extraordinarily high popularity ratings, pundits have mentioned her as a potential vice presidential candidate. But she said Wednesday night she's "not pursuing or perpetuating it," adding, "I have no desire to leave my job at all as governor."

She's known as a fashion plate, but said she hasn't been dressing differently to cover her barely perceptible bulge.

Funny quote on her having no desire for the Vice-Presidency aside, the article is direly clear. No one knew she was pregnant, not even her own staff. Quite a feat. Why the secrecy? Sarah has never given an answer, and upon further reading, no one has bothered to ask.

Seven months into a pregnancy, and no one noticed.

Even Harry Houdini would be impressed.

And how could anyone tell? Sarah's waistline never changed. Her wardrobe still remained tight and professional. In a video posted in February (nearing five months of pregnancy at the time), Sarah is seen trim, and walking around all of Juneau, Alaska.

"I like running the hills, it kills me, that's why I like it, I mean it thrashes your guts"

Not exactly terminology said by a pregnant mother. Six months into pregnancy, she attended the National Governor's Association at the White House: The Associated Press provides two photos in this timespan, one three days later on February 28th: And another three days before the announcement, on March 3rd: Here she is, seven months pregnant, three days after her official announcement: And one week later: And that infamous video in which Sarah trashes Hillary Clinton? That was at the Newsweek Women & Leadership Event in Los Angeles, in March:

After previous pregnancies (in this case, four), and at later ages, the female body is meant to adjust and show changes earlier, not later as in Sarah's unprecedented case.

On Friday, April 18th, 2008, Sarah and her husband Todd were in Dallas, Texas for a Republican Governor's Convention. They had been in town for three days already, but Sarah had yet to give her keynote speaker address on energy policy. Then early Friday morning at 4:00am, Sarah began leaking amniotic fluid. Instead of checking into a hospital, she instead made a call to her doctor, and delivered the keynote speech.

"I was not going to miss that speech," she says.

She rushed so quickly from the podium afterwards that Texas Gov. Rick Perry nervously asked if she was about to deliver the baby then.

The oddities only grow from here on, as instead of rushing to a Dallas medical facility that could treat a mother who's amniotic fluid has been draining for hours on end (made even more crucial due to the fact that this is occurring a full month prematurely), Sarah & Todd instead opted to Fly all the way back from Texas to Alaska. A dangerous choice, as with each pregnancy (once again, in this case after four previous), a mother's window of labor to delivery grows shorter and shorter.

Aboard Alaska Airlines, the flight lasted for eight hours, with an additional landing in Seattle. The majority of commercial airlines require mothers seven months pregnant to provide a doctor's letter to fly, but Sarah did not inform the airline of her condition. Alaska Airlines is one of the few airlines that do not require such a notice, despite the possibility of an emergency landings being required in such scenarios. That said, no one on board noticed that Sarah was going into labor:

"We leave the decision to fly up to our customers and their medical advisers," according to Alaska Airlines representative Caroline Boren.

"Governor Palin was extremely pleasant to flight attendants and her stage of pregnancy was not apparent by observation as she didn't show any signs of distress," Boren said.

Eight months pregnant. A 6.2 pound fetus. No one notices a visible trace. By the third trimester, a perfectly fit woman not wearing anything less than a space suit should be easily spotted as pregnant. Not in Sarah's case.

The plane then made a landing in Anchorage, Alaska. Does Sarah then visit a medical facility that can accommodate a premature birth in Alaska's most equipped city? No. She drives 45 minutes away, to Mat-Su Regional Medical Center, right outside the small village she used to govern as Mayor, Wasilla. Trig Palin is then delivered one month premature, Friday night. Sarah returned to work after three days.

The inherent need to absolutely have Trig delivered in a remote and possibly ill-equipped facility for premature deliveries, where Sarah would likely have numerous contacts and pull, does not sit well. The doctor, Cathy Baldwin-Johnson, approving of all of these actions borders on malpractice. Not treating leaking amniotic fluid causes infections, and time is of the essence after water breaks. Husband Todd Palin simply delivers this winner of a line:

"You can't have a fish picker from Texas," said Todd.

A poor motivation, to be sure. Another motivation began making its rounds in the Alaskan legislature, where everyone was initially shocked to hear the news.

Sarah Palin was not pregnant with child.

Her sixteen year-old daughter was.

Checking with the Anchorage High School that Bristol Palin attended, reporters were given word that her family had taken Bristol out of school due to contracting infectious mononucleosis. The amount of time Bristol was absent shifts from five to eight months.

Mono can last anywhere from two weeks to three months, but an eight month infection is a freak oddity. Yet it remains a common excuse given by girls in private & Catholic schools around the nation when pregnancy comes into play. Not the first time, not the last time.

The following photograph of Bristol has been dated late 2007: And the following photograph was printed in the Anchorage Daily News, on March 9th: Bristol is pregnant in these pictures. She is not carrying belly fat, which grows outwardly wide, and does not become dome-shaped. That's because fat is generally evenly distributed around the abdomen and a fetus is not. Bristol's chest is sticking out, a normal body reaction when sucking in stomach muscles.

With losses of photos from January & April.

The final point of interest is that Trig Palin has been diagnosed with Down's syndrome (aka trisomy 21). This is an interesting point, as chances of having offspring with Down's Syndrome increases from under 1% to 3% after a mother reaches the age of 40. However, 80% of the cases of Down's Syndrome are in mother's under the age of 35, through sheer quantities of births in this age group.

People like to think the vetting process is secure, and completed months ahead of time, but ABC News has reported otherwise, painting a picture of a quick vetting process for Sarah by a small, but secretive group of McCain's legal staff. A proper vetting process under those circumstances would only go so far, and the true media vetting process has just begun.

It doesn't come as a surprise that this story was never properly researched. Palin was never on the National scene for more than a few minutes at a time, and local reporting only goes so far on a governor with an 80% approval rating. However, the motivation to cover daughter's pregnancy aligns with her political standings. She valiantly did not perform an abortion, but fell into the fundamentalist way of thinking, and covered up for the illicit (but natural) action's of her daughter.

There could be calls below to delete this information. Calls that this type of information is muckraking and 'below us'. The truth is not below any progressive, nor any citizen of the world that is one heartbeat away from having Palin as leader of the free world. We simply ask that she be forthright, honest, and not waste our time with such juvenile games that anyone with eyes can see as fabrication.

Bristol Palin rightfully should be able to embrace her child in public as her own, with no shame, and no quarter. And a mother should be just as accepting.

AlterNet is a nonprofit organization and does not make political endorsements. The opinions expressed by its writers are their own. 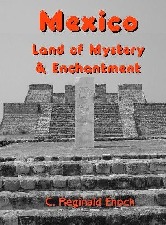