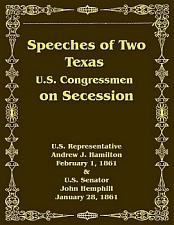 (a group of LYING, HYPOCRITIC, STUPID BIBLE THUMPERS, that only read the scriptures they want to push down our throats! ignoring all those that CONDEMN them for their pharisee hypocrisy--- as Thomas Jefferson told the Baptists of Danbury, so he would to this cabal.. They are traitors to this Republic!)

Last week, while the media focused almost obsessively on the DNC's spectacle in Denver, the country's most influential conservatives met quietly at a hotel in downtown Minneapolis to get to know (in the Biblical sense?) Sarah Palin. The assembled were members of the Council for National Policy, an ultra-secretive cabal that networks wealthy right-wing donors together with top conservative operatives to plan long-term movement strategy.

CNP members have included Tony Perkins, James Dobson, Grover Norquist, Tim LaHaye and Paul Weyrich. At a secret 2000 meeting of the CNP, George W. Bush promised to nominate only pro-life judges; in 2004, then-Senate Majority Leader Bill Frist told the group, "The destiny of the nation is on the shoulders of the conservative movement." This year, thanks to Sarah Palin's selection, the movement may have finally aligned itself behind the campaign of John McCain.

Though Dobson and Perkins reportedly attended the recent CNP meeting in Minneapolis, a full roster of guests would be nearly impossible to require. The CNP deliberately operates below the radar, going to excessive lengths to obscure its activities. According to official CNP policy, "The media should not know when or where we meet or who takes part in our programs before or after a meeting." Thus the CNP's Minneapolis gathering was free of reporters.

I learned of the get-together only through an online commentary by one of its attendees, top Dobson/Focus on the Family flack Tom Minnery. (Watch it here) Minnery described the mood as CNP members watched Palin accept her selection as John McCain's Vice Presidential pick. "I was standing in the back of a ballroom filled with largely Republicans who were hoping against hope that something would put excitement back into this campaign," Minnery said. "And I have to tell you, that speech by Alaska Governor Sarah Palin -- people were on their seats applauding, cheering, yelling... That room in Minneapolis watching on the television screen was electrified. I have not seen anything like it in a long time."

Minnery added that his boss, Dobson, has yearned for a conservative female leader like Margaret Thatcher to emerge on the American scene. And while Palin is no Thatcher, "she has not rejected the feminine side of who she is, so for that reason, she will be attractive to conservative voters."

The members of the Council for National Policy are the hidden hand behind McCain's Palin pick. With her selection, the Republican nominee is suddenly -- and unexpectedly -- assured of the support of a movement that once opposed his candidacy with all its might. Case in point: while Dobson once said he could "never" vote for McCain, he issued a statement last week hailing Palin as an "outstanding" choice. If Dobson's enthusiasm for Palin is any indication, he may soon emerge from his bunker in Colorado Springs to endorse McCain, providing the Republican nominee with the backing of the Christian right's single most influential figure.