Here's just ONE result of Bush's Christian TheoCrazy! No Ethics! No Conscience!

(Another Bush GOP legacy! CRIMINALS in OFFICE! Why does the FBI Not file RICO charges against the GOP Mafia?)

Interior Department Inspector General Earl Devaney's release of three reports, which stem from a $5 million investigation dating to 2005, implicated at least 19 current and former employees of the Minerals Management Service in unethical relationships with industry, frolics that included marijuana and cocaine use.

The reports raised new concerns about the management of programs that collect $8 billion in annual revenue from offshore and onshore mineral leases. Democrats seized on the report to bolster their efforts to counter growing pressure to open up more areas to oil drilling.

"The allegations of illicit and unethical behavior detailed in the inspector general's report are directly related to the energy debate taking place in the Congress this week," House Speaker Nancy Pelosi of California said. "Little did we know how cozy the relationship between Big Oil and the administration's regulators have been."

Brandishing a copy of the inspector general's report, Sen. Bill Nelson, D-Fla., said Wednesday "It's bad enough that the government employees who oversee offshore oil drilling are literally and figuratively in bed with Big Oil, the rest of the U.S. government doesn't need to jump in bed with them."

Devaney said that his investigators had "discovered a culture of substance abuse and promiscuity'' in the recently created "Royalty in Kind'' program, in which the government forgoes royalties and takes a share of the pumped oil and gas for resale. Several of the program's staffers, based in Washington and Denver, "admitted to illegal drug use as well as illicit sexual encounters.''

From 2002 to 2006, nearly a third of the RIK staff "socialized with, and received a wide array of gifts and gratuities from, oil and gas companies with whom (the program) was conducting official business,'' Devaney said in a memo to Interior Secretary Dirk Kempthorne. While the dollar amounts of the gifts were "not enormous,'' he wrote, the gifts came with "prodigious frequency,'' with two RIK marketers accepting gifts and gratuities on at least 135 occasions.

The investigators found that 19 RIK employees had accepted gifts from prohibited sources in the oil and gas industry, and that most had taken gifts exceeding the agency thresholds of $20 in value per gift or $50 in value per year.

About half the employees have retired and are beyond the reach of disciplinary action, but Devaney said that the misconduct was so serious it might warrant the removal of some of nine current employees cited in the report.

Danielle Brian, the executive director of the Project on Government Oversight, a nonpartisan watchdog group, said that "given the billions of dollars at stake, and number of people involved, this is easily the worst instance of government misconduct that POGO has seen."

Rep. Nick Rahall, D-W.Va., the chairman of the House Natural Resources Committee, said the report on the RIK unit's "outlandish'' behavior "reads like a script from a television miniseries — and one that cannot air during family viewing time.''

Officials in the Interior Department and Minerals Management Service couldn't be reached for comment.

The reports said that the RIK unit's former Denver office director, Gregory Smith, encouraged his staff to develop close relationships with oil company officials so they could learn techniques for marketing the oil.

Separate investigative reports detailed evidence against Smith and Lucy Dennet, associate director of the Minerals Revenue Management office. They accuse Smith of having sex with two subordinates and with improperly accepting $30,000 from a private company for marketing its environmental and engineering services to oil and gas companies.

Dennet and an aide, Jimmy Mayberry, were accused of creating a lucrative contract to benefit Mayberry upon his retirement.

Devaney said that evidence against Smith and Dennet was referred to the Justice Department's Public Integrity Section, which declined to prosecute.

One report said Smith told investigators that he'd approved employees' attendance at industry events and their acceptance of meals and drinks.

Chevron, Shell, Gary-Williams Energy Corp. and Hess Corp. gave gifts to RIK staffers although they conducted business with the unit, either producing oil or buying it. Last May, investigators found that RIK staffers sometimes decided which company should win an oil contract in informal discussions among themselves and that dollar values of 118 of the sale contracts were later revised downward, costing taxpayers more than $4 million.

The investigators detailed gifts accepted by nine of the employees. They said that Stacy Leyshon, a supervisory minerals revenue specialist, got $10,450 in cash awards from the Minerals Management Service for meritorious service from 2002 to 2006, although her name showed up 45 times on Chevron's expense reports during those years and she got 29 gifts from Shell and Gary-Williams Energy.

In 2004 and 2005, Leyshon attended Gary-Williams' annual customer appreciation golf tournament in Colorado. Customarily, investigators said, the tournament included breakfast, lunch and dinner, a gift such as a golf bag or luggage and a ticket to a professional golf event or Colorado Rockies baseball game, the report said.

Leyshon at first told investigators that she made sure her gifts were under the $20 limit and didn't disclose them on her annual financial disclosure report because they didn't fall within reporting requirements, a report said. Later, it said, she admitted that she probably exceeded the gift threshold.

The investigators said that most industry representatives admitted entertaining RIK employees but denied that the gratuities were provided in exchange for official action. Several, however, rejected the assertion that federal employees needed to participate in industry events to perform their duties effectively.

One industry official, they wrote, said that no business was conducted. "It was about the skiing.'' 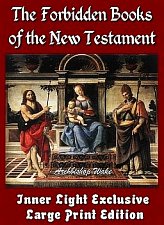