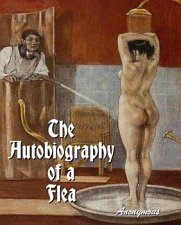 Palin's defense has been predicated on the premise that she didn't give a shit about addressing sexual assaults.

As you may recall, the Alaska Public Safety Commissioner, Walt Monegan, who was fired by Alaska Governor Sarah Palin after declining to re-open an old investigation against State Trooper Mike Wooten, who was at the time immersed in a bitter divorce and custody battle with Palin's sister Molly McCann, was also the chief proponent and champion of "an ambitious, multi-million-dollar initiative to seriously tackle sex crimes in the state," which was shelved just before he was fired.

You also may recall that the McCain campaign, in order to refute the assertion that Palin fired Monegan because of Troopergate, argued that she had instead fired him because he made an unapproved trip to Washington on his own to try to secure funds for the initiative. As I wrote last Tuesday, that argument necessarily meant that "Palin is shockingly indifferent to rape and domestic violence in her own state and contemptuous of the people who don't share her indifference -- and, weirdly, the McCain campaign appears to believe that's somehow more palatable than Palin having simply fired Monegan for insubordination because she wasn't getting what she wanted from a public servant on her personal family matter. That's quite an amazing calculation."

It turns out that Palin's office did authorize the trip. So now they're arguing that their problem was specifically his reason for going, i.e. that initiative to combat sex crime.


According to [Randy Ruaro, another aide to Palin], Monegan asked for -- and received -- approval for the travel without telling Palin's staff his reason for going. "As a matter of routine, the travel was approved by [Palin's chief of staff, Mike Nizich] ... weeks before the actual purpose was made clear by former Commissioner Monegan," Ruaro wrote.

"When you receive permission to travel, it does not mean that you receive blanket authorization to discuss or do whatever you would like on that trip," he added.
You'll no doubt be surprised to hear that Monegan says the travel authorization "was to pursue funding for the anti-sexual-violence program," and, given his track record on this story, I'm sure that's true and Palin's people are lying yet again.

But the important point here is that, at every turn, Palin's defense has been predicated on the premise that she didn't give a shit about addressing a sex crime problem that even she agreed was epidemic. That much remains consistent.

And that's not a small thing.


An internal government document obtained by ABC News appears to contradict Sarah Palin's most recent explanation for why she fired her public safety chief, the move which prompted the now-contested state probe into "Troopergate."

Fighting back against allegations she may have fired her then-Public Safety Commissioner, Walt Monegan, for refusing to go along with a personal vendetta, Palin on Monday argued in a legal filing that she fired Monegan because he had a "rogue mentality" and was bucking her administration's directives.

"The last straw," her lawyer argued, came when he planned a trip to Washington, D.C., to seek federal funds for an aggressive anti-sexual-violence program. The project, expected to cost from $10 million to $20 million a year for five years, would have been the first of its kind in Alaska, which leads the nation in reported forcible rape.

The McCain-Palin campaign echoed the charge in a press release it distributed Monday, concurrent with Palin's legal filing. "Mr. Monegan persisted in planning to make the unauthorized lobbying trip to D.C.," the release stated.

But the governor's staff authorized the trip, according to an internal travel document from the Department of Public Safety, released Friday in response to an open records request.

In response to inquiries about the document Friday, the McCain-Palin campaign provided a statement from Randy Ruaro, another aide to Palin.

According to Ruaro, Monegan asked for -- and received -- approval for the travel without telling Palin's staff his reason for going. "As a matter of routine, the travel was approved by Mike Nizich ... weeks before the actual purpose was made clear by former Commissioner Monegan," Ruaro wrote.

"When you receive permission to travel, it does not mean that you receive blanket authorization to discuss or do whatever you would like on that trip," he added.

Last week a legislative panel approved a subpoena for Nizich to be interviewed by Stephen Branchflower, the prosecutor hired to conduct the Alaska Legislature's inquiry into Troopergate. The Attorney General informed the Legislature earlier this week that Nizich and other state employees subpoenaed in the matter would not submit to interviews.

Nizich did not respond to a message left Friday afternoon.

In Palin's court filing Monday  to stop an investigation by her state Personnel Board she earlier had requested  her lawyer, Thomas V. Van Flein, included numerous emails from her staff expressing confusion and incredulity over Monegan's planned D.C. trip. None of those emails were sent by or to Nizich, although he was cc'd on several.

Monegan said he didn't know why Palin's chief of staff approved a trip that confounded her other aides. "It sounds like it's a breakdown of communication internal to the governor's staff," he said. 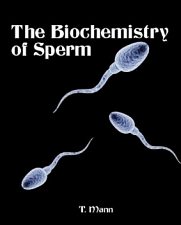