We’re clearly in an era when facts have less value. Although many people blame the Bush administration, the irresponsibility of some media outlets has also played a part. Yet, when Sarah Palin debated Joe Biden last week she was promoting – perhaps inadvertently – a more extreme idea: facts really don’t matter at all anymore.

Did she know that she was so often mistaken? That’s difficult to gauge, since she’s also not fond of questions and prefers to answer her own. Nevertheless, Palin’s performance suggests that, for some politicians, getting to talk to Americans “without a media filter” means constructing their own reality.

The following isn’t a complete list of Palin misstatements. It’s merely a=2 0start, covering 15 topics and 23 instances in which she strayed from reality in 90 minutes. Considering that Joe Biden was talking for half that time, it works out to about one distortion, factual error or lie every two minutes.


1. TAXES: Palin repeated a false claim that Obama once voted in favor of higher taxes on “families” making as little as $42,000 a year. He didn’t. The budget bill in question called for an increase only on singles making that amount. A family of four wouldn’t have been affected unless they made at least $90,000 a year. Palin also repeated the attack that Obama voted for higher taxes 94 times, which the New York Times calls “false,” CNN says is “misleading,” and FactCheck.org says is “inflated.” And she wrongly claimed that “millions of small businesses” would see tax increases under Obama’s tax proposals. At most, several hundred thousand business owners would see increases.

2. HEALTH CARE: Palin mis-characterized Barack Obama’s health plan when she said it would be “government-run,” according to the Congressional Quarterly, St. Petersburg Times and others. The charge has been widely debunked as a “canard.” Obama's plan doesn't provide for universal coverage and only mandates insurance for kids. The system wouldn't be turned over to the government. Meanwhile, she said taxes wouldn’t go up under the McCain health care plan, a fact even his campaign has acknowledged isn’t true. She also said that McCain's plan was "budget neutral" when independent budget experts estimate it would cost tens of billions each year. The details are too fuzzy to allow for exact estimates.
3. FANNIE MAE/FREDDIE MAC: “It was John McCain who pushed so hard with the Fannie Mae and Freddie Mac reform measures,” she said. But fact checkers say that’s “quite a stretch” and “barely true,” and that McCain was a “latecomer” to the discussion.

4. SPENDING INCREASES: Palin claimed that Obama is proposing “nearly a trillion dollars in new spending,” but didn’t mention that he has also proposed cuts to balance it out. CNN has debunked this attack as “misleading” and says it ignores the far larger cost of McCain’s tax cuts and spending hikes.

5. TOBACCO REGULATION: “Look at the tobacco industry” as an example of McCain pushing for even harder and tougher regulations, she suggested. Well, McCain opposed expanding the SCHIP children’s health insurance program for 5.8 million children because it would increase tobacco tax es.

6. EDUCATION: Palin said we need to make sure “that education in either one of our agendas, I think, absolute top of the line.” McCain has repeatedly favored tax cuts for the wealthy over funds for more teachers and class size reduction.

7. ENERGY: Palin claimed the US was sending "about $700 billon a year into foreign countries" for imported oil. The figure is actually $493 billion, according to the Department of Energy. She went after Biden on the 2005 energy bill, saying Obama voted in favor of legislation that provided millions of dollars in tax benefits for oil companies. Although Obama votes for the bill, which gave some tax breaks to oil companies, it cut other tax breaks and actually increased the tax burden on the industry by $300 million, according to the Congressional Research Service. The energy package also included tax credits for ethanol and clean coal that Obama wanted.

8. TROOP SUPPORT: She repeated what the Associated Press called the “highly misleading” attack that Obama opposed funding for the troops. Factcheck.org notes that the same methodology would lead to the same conclusion for McCain.

9. THE SURGE: In a response to Biden, Palin claimed that McKiernan, who she called McClellan, did not say a surge wouldn’t work in Afghanistan. The day before he said, “The word I don’t use for Afghanistan is ’surge.’” McKiernan stressed that what is required is a “sustained commitment” to a counterinsurgency effort that could last many years and would ultimately require a political, not military, solution. Palin also erroneously claimed the US is down to pre-surge levels in Iraq. The number of troops on the ground is still higher and the number of combat brigades is the same as at the start of the surge in January 2007, according to Pentagon figures. Iraq troop levels before the surge were at 133,500. While US troop levels in Iraq have been in the 142,000 range, they are currently at around 150,000 because of an ongoing troop rotation. In addition, she criticized Obama's opposition to the "surge” and said, "The surge worked. Barack Obama still can't admit the surge works." Actually, Obama has said the surge "succeeded beyond our wildest dreams" from a military perspective.

10. AFGHANISTAN: “Obama had said that all we're doing in Afghanistan is air raiding villages and killing civilians and such a reckless, reckless comment and untrue comment again hurts our cause,” Palin said. “That's not what we are doing.” Unfortunately, the Associated Press says that Obama was right in discussing a critically important point about avoiding civilian casualties.

11. DARFUR DIVESTMENT: Palin claimed that “when I and others” found out that the state had money invested in Sudan that “we called for divestment.” In reality, Palin’s appointees worked to kill a Darfur divestment plan.

12. GLOBAL WARMING: “I don’t want to argue about the causes” for global warming, she said. But Palin has clearly taken the position that she doesn’t believe it is man-made. She also falsely claimed that she was the first governor to form a climate change subcabinet, when at least 28 states had already taken action.

13. MCCAIN’S CONSISTENCY: Palin said McCain” doesn't tell one thing to one group and then turns around and tells something else to another group.” But that’s what he has done on immigration, telling Hispanic leaders he was for comprehensive reform instead of the enforcement-focused approach he has taken with conservatives.

14. PARTISANSHIP: McCain is “known for putting partisan politics aside to just get the job done,” Palin claimed. Yet he has voted with Bush 90 percent of the time in the Senate and has bragged about his support for Bush on important issues.

15. APPOINTMENTS: “You do what I did as governor, she claimed. “And you appoint people regardless of party affiliation. Democrats, independents, Republicans, you walk the walk, don't just talk the talk.” Actually, she repeatedly appointed friends and supporters to positions for which they weren’t qualified.

Biden’s performance certainly wasn’t misstatement-free. For example, he wrongly claimed that McCain “voted the exact same way” as Obama on the budget bill that contained the increase on singles making as little as $42,000 a year. McCai n voted against it. Biden was referring to an amendment that didn't address taxes at that income level. He also wrongly claimed that McCain had said "he wouldn't even sit down" with the government of Spain. McCain didn't reject a meeting; he simply refused to commit himself one way or the other during an interview. Still, Palin may have set some sort of record.

Of course, her job as candidate has little to do with what she knows (or doesn’t). It’s to be the “barracuda” that McCain enjoys so much, a mindless fighting tool used to attack his opponent with any lines her handlers think will work. As she's told us herself, she reads anything people put in front of her.

Now that the Republican ticket is becoming truly desperate, the tactics will get increasingly vicious. The charge that Obama thinks so little of the country that he’s “palling around with terrorists who would target their own country,” leveled by Palin this weekend, is just the beginning. Truth? Facts? For Palin and McCain, they’ve become officially irrelevant.


Greg Guma, a Vermont editor and author, is a former Executive Director of Pacifica Radio. His writing on politics and media can be found on Maverick Media (http://muckraker-gg.blogspot.com/). 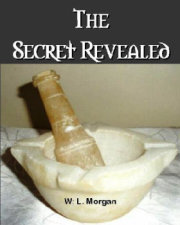