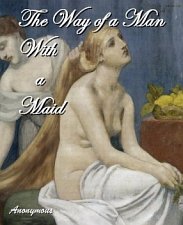 Was it not his 'consistently blowing it' that got him in trouble?

What a F*&king Christian RepubliCON! Disgraced evangelical pastor Ted Haggard says he was sexually abused as a child and that the experience "started to rage in my mind and in my heart" when he was caught up in a sex scandal involving a male prostitute.

(Always with the excuses.. always somebody else's fault)

(I'd have to question going to ANY church that would give voice to a FLAMING HYPOCRITE and LIAR!)

Haggard said one of his father's employees "had a sexual experience with me" when Haggard was 7, according to audio recordings of the sermons posted on the ABC News Web site.

Haggard said he later became "a conservative Republican, loving the word of God, an evangelical, born-again, spirit-filled, charismatic, all those things. "But some of the things that were buried in the depths of the sea from when I was in the second grade started to rage in my mind and in my heart," he said.

(What f*&king sea? What other window dressing will this manwhore use to justify his LIES?)

In 2006, Haggard was fired as pastor of the 14,000-member New Life Church in Colorado Springs when a former male prostitute alleged they had a cash-for-sex relationship. The man also said he saw Haggard use methamphetamine. Haggard also stepped down as president of the National Association of Evangelicals. (National ASS. of Homophobic Homosexuals)

He has said some of the allegations were exaggerated but he has never offered specifics.

(hope he doesn't -- just grab his ankles and take it like a man?)

Haggard, who is starting an insurance agency in Colorado Springs, did not immediately return a phone message left by The Associated Press.

Haggard previously had confessed to undisclosed "sexual immorality," and on the new audio he said: "I really did sin."

(and lie, pander, fraud, pay prostitutes, take drugs, and still not behind bars for breaking the laws of Colorado)

Haggard said his family suffered severely for his actions.

"My wife — all my sin and shame fell on her. People treated her as if she had fallen," he said. "And my children — they all went through carrying my shame. And I am so sorry that I did that to my family."

(and WHOSE fault was this? YOUR'S TEDDY MANWHORE HAGGARD!)

Haggard said he became suicidal but eventually emerged with a stronger Christian faith and marriage than he'd ever had.

(and that might have been the honorable thing to do!)

Haggard said church leaders missed an opportunity to use his scandal to "communicate the gospel worldwide through secular media."

"We consistently blow it" when those opportunities arise, he said.

(Yea he's good at blowing it when it rises!-- That's what he lied about to begin with... Freudian slip?)

Audio of Haggard's Illinois sermons were posted on http://tedhaggard.com, but the Web site was unavailable late Wednesday, carrying only the message, "Website Is Being Rebuilt." 
FIVE REASONS ABORTION MUST BE LEGAL 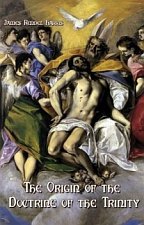