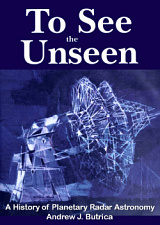 Wonder How To Get A Christian Wife?


A wife? Not a good idea according to Paul in 1 Corinthians

7:32 But I would have you without carefulness. He that is unmarried careth for the things that belong to the Lord, how he may please the Lord:

7:33 But he that is married careth for the things that are of the world, how he may please his wife.

7:34 There is difference also between a wife and a virgin. The unmarried woman careth for the things of the Lord, that she may be holy both in body and in spirit: but she that is married careth for the things of the world, how she may please her husband.
7:35 And this I speak for your own profit; not that I may cast a snare upon you, but for that which is comely, and that ye may attend upon the Lord without distraction.

Have a nap and wake up married. It will cost you a rib, though:

Genesis 2:21 And the LORD God caused a deep sleep to fall upon Adam, and he slept: and he took one of his ribs, and closed up the flesh instead thereof;

2:22 And the rib, which the LORD God had taken from man, made he a woman, and brought her unto the man.

Collect 200 foreskins and present them to your future father-in-law:

1 Samuel 18:27 Wherefore David arose and went, he and his men, and slew of the Philistines two hundred men; and David brought their foreskins, and they gave them in full tale to the king, that he might be the king's son in law. And Saul gave him Michal his daughter to wife.

Kill your brother, wander around for a while and you'll eventually find a wife.
Of course, she will have to be either your sister or your mother...

Genesis 4:16 And Cain went out from the presence of the LORD, and dwelt in the land of Nod, on the east of Eden.

4:17 And Cain knew his wife; and she conceived, and bare Enoch: and he builded a city, and called the name of the city, after the name of his son, Enoch.

How great are the spoils of war!

All you have to do find the best looking female captive, take her home, shave her head, trim her nails, give her a month to get over the fact that you've slaughtered her parents then she's all yours.

Unfortunately, you're not allowed to sell her if you get bored: Deuteronomy 21:11 And seest among the captives a beautiful woman, and hast a desire unto her, that thou wouldest have her to thy wife;

21:12 Then thou shalt bring her home to thine house, and she shall shave her head, and pare her nails;

21:13 And she shall put the raiment of her captivity from off her, and shall remain in thine house, and bewail her father and her mother a full month: and after that thou shalt go in unto her, and be her husband, and she shall be thy wife.

21:14 And it shall be, if thou have no delight in her, then thou shalt let her go whither she will; but thou shalt not sell her at all for money, thou shalt not make merchandise of her, because thou hast humbled her.

On finding yourself smitten, tell your mum and dad to get her for you:

Judges 14:1 And Samson went down to Timnath, and saw a woman in Timnath of the daughters of the Philistines.

14:2 And he came up, and told his father and his mother, and said, I have seen a woman in Timnath of the daughters of the Philistines: now therefore get her for me to wife.

14:3 Then his father and his mother said unto him, Is there never a woman among the daughters of thy brethren, or among all my people, that thou goest to take a wife of the uncircumcised Philistines? And Samson said unto his father, Get her for me; for she pleaseth me well.

Find yourself a whore and marry her:

Hosea 1:2 The beginning of the word of the LORD by Hosea. And the LORD said to Hosea, Go, take unto thee a wife of whoredoms and children of whoredoms: for the land hath committed great whoredom, departing from the LORD.

1:3 So he went and took Gomer the daughter of Diblaim; which conceived, and bare him a son.

Impress your future father-in-law with your skills in animal-husbandry.

Exodus2:15 Now when Pharaoh heard this thing, he sought to slay Moses. But Moses fled from the face of Pharaoh, and dwelt in the land of Midian: and he sat down by a well.

2:16 Now the priest of Midian had seven daughters: and they came and drew water, and filled the troughs to water their father's flock.

2:17 And the shepherds came and drove them away: but Moses stood up and helped them, and watered their flock.

2:18 And when they came to Reuel their father, he said, How is it that ye are come so soon to day?

2:19 And they said, An Egyptian delivered us out of the hand of the shepherds, and also drew water enough for us, and watered the flock.

2:20 And he said unto his daughters, And where is he? why is it that ye have left the man? call him, that he may eat bread.

2:21 And Moses was content to dwell with the man: and he gave Moses Zipporah his daughter.

2:22 And she bare him a son, and he called his name Gershom: for he said, I have been a stranger in a strange land.

Buy a field and get a widow thrown in as an extra bonus:

Ruth 4:5 Then said Boaz, What day thou buyest the field of the hand of Naomi, thou must buy it also of Ruth the Moabitess, the wife of the dead, to raise up the name of the dead upon his inheritance.

4:7 Now this was the manner in former time in Israel concerning redeeming and concerning changing, for to confirm all things; a man plucked off his shoe, and gave it to his neighbour: and this was a testimony in Israel.

4:8 Therefore the kinsman said unto Boaz, Buy it for thee. So he drew off his shoe.

4:9 And Boaz said unto the elders, and unto all the people, Ye are witnesses this day, that I have bought all that was Elimelech's, and all that was Chilion's and Mahlon's, of the hand of Naomi.

Find a party and hide in the shrubery.

When the girls start dancing, grab one and take her home. When their fathers or brothers object, tell them it's all their fault:

Judges 21:19 Then they said, Behold, there is a feast of the LORD in Shiloh yearly in a place which is on the north side of Bethel, on the east side of the highway that goeth up from Bethel to Shechem, and on the south of Lebonah.

21:20 Therefore they commanded the children of Benjamin, saying, Go and lie in wait in the vineyards;

21:22 And it shall be, when their fathers or their brethren come unto us to complain, that we will say unto them, Be favourable unto them for our sakes: because we reserved not to each man his wife in the war: for ye did not give unto them at this time, that ye should be guilty.

21:23 And the children of Benjamin did so, and took them wives, according to their number, of them that danced, whom they caught: and they went and returned unto their inheritance, and repaired the cities, and dwelt in them.

21:25 In those days there was no king in Israel: every man did that which was right in his own eyes.

Hold a "Miss Biblical World" beauty contest, pick the winner and keep her:

Esther 2:2 Then said the king's servants that ministered unto him, Let there be fair young virgins sought for the king:

2:3 And let the king appoint officers in all the provinces of his kingdom, that they may gather together all the fair young virgins unto Shushan the palace, to the house of the women, unto the custody of Hege the king's chamberlain, keeper of the women; and let their things for purification be given them:

2:4 And let the maiden which pleaseth the king be queen instead of Vashti. And the thing pleased the king; and he did so.

IN DEFENSE OF BIBLICAL MARRIAGE

The Presidential Prayer Team is currently urging us to: "Pray for the President as he seeks wisdom on how to legally codify the definition of marriage. Pray that it will be according to Biblical principles. With any forces insisting on variant definitions of marriage, pray that God's Word and His standards will be honored by our government."

Any good religious person believes prayer should be balanced by action. So here, in support of the Prayer Team's admirable goals, is a proposed Constitutional Amendment codifying marriage entirely on biblical principles:

E. Since marriage is for life, neither this Constitution nor the constitution of any State, nor any state or federal law, shall be construed to permit divorce. (Deut 22:19; Mark 10:9)

F. If a married man dies without children, his brother shall marry the widow. If he refuses to marry his brother's widow or deliberately does not give her children, he shall pay a fine of one shoe and be otherwise punished in a manner to be determined by law. (Gen. 38:6-10; Deut 25:5-10) *

G. In lieu of marriage, if there are no acceptable men in your town, it is required that you get your dad drunk and have sex with him (even if he had previously offered you up as a sex toy to men young and old), tag-teaming with any sisters you may have. Of course, this rule applies only if you are female. (Gen 19:31-36)