Why the Religious Right MUST ALWAYS LOSE!

Spared prison a decade ago, he could face up to 12 years


A convicted sex offender spared prison a decade ago in favor of treatment pleaded guilty Monday to a new charge of sexually assaulting a teenage boy.

Robert D. Bennefield, 43, of Sifton could face up to 12 years in prison.

In 1998, Bennefield pleaded guilty to one count of first-degree rape of a child and one count of attempted second-degree assault involving two brothers.

The boys attended the small Lighthouse Christian Center in Rosemere, where Bennefield was a pastor.

In that case, Bennefield also admitted to molesting nine other boys he’d met through the church, according to court records. At his 1998 sentencing, Clark County Superior Court Judge Robert Harris granted Bennefield’s request for a term under the state’s Special Sex Offender Sentencing Alternative (SSOSA).

Harris, who could have sent Bennefield to prison for a decade, instead ordered him to spend six months in jail and complete therapy for sexual deviancy.

Earlier this year, Bennefield, who was working as a hotel maintenance worker, met a teenage boy online and went to the boy’s house. The father of the 15-year-old walked in on Bennefield and his son, chased Bennefield out and then left a note on Bennefield’s door that was discovered by Bennefield’s wife, according to court documents.

Bennefield told his corrections officer about the incident on May 13 and was arrested that day.

On Monday, he pleaded guilty to assault of a child in the third degree with sexual motivation.

For that crime, he faces at least two years in prison. Harris will have the option of also imposing the prison term he suspended in 1998.

Harris ordered a presentence report and set a tracking date of Jan. 6. If the report is finished, a sentencing date will be set at that time. 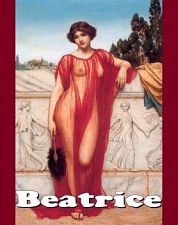