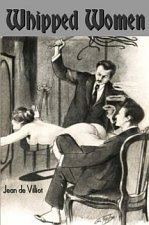 What Became of Western Christian Morality?

January 02, 2009 "Information Clearinghouse" -- - On the last day of the old year, two Israelis, Jeff Halper who heads the Israeli peace movement ICAHD and Neve Gordon who is chairman of the department of politics and government at Ben-Gurion University, asked, “Where’s the Academic Outrage Over the Bombing of a University in Gaza?”

“Not one of the nearly 450 presidents of American colleges and universities who prominently denounced an effort by British academics to boycott Israeli universities in September 2007 have raised their voice in opposition to Israel’s bombardment of the Islamic University of Gaza earlier this week,” report Halper and Gordon. They note that Columbia University president Lee C. Bollinger, who has in the past ignorantly insulted Islamic representatives, “has been silent.”

It is the goyim moralists who are silent, not the Jews. It is the Israeli newspaper, Haaretz, not the goyim media, that provides reports of Israel’s abuse of Palestinians. Gideon Levy’s “The Neighborhood Bully Strikes Again” was published in Haaretz (29 December), not in the goyim press. Levy’s words--“Once again, Israel’s violent responses, even if there is justification for them, exceed all proportion and cross every red line of humaneness, morality, international law and wisdom”--are not words that can appear in American print or TV media. Such words, printed in Israeli newspapers, never reach the goyim.

The extent of Americans’ ignorance is breathtaking. Israel has the Palestinians jammed into tightly controlled ghettos known as Gaza and the West Bank. With Egypt’s help, Israel controls the inflows of food, medicines, water, and energy into Gaza. Palestinians in Gaza are not permitted to enter Israel or Egypt. Last week a humanitarian ship bringing food and medicine was rammed by Israeli gunboats and turned away.

In the West Bank Palestinians are walled off from their fields, jobs, medical care, education, water, and from one another by endless checkpoints, roads for “Jews only,”
walls, barbed wire, and machine gun towers. Palestinians are being evicted from their towns house by house, block by block.

Israel’s slow theft of Palestine is illegal under international law but protected by US “diplomacy.”

The Palestinians are no more of a threat to Israel than Jews in the Warsaw Ghetto were a threat to the Nazi state. Yet, everywhere in America--Congress, the executive branch, the print and TV media, the universities, evangelical Christian institutions--there is the belief that Israel is on the verge of annihilation by Palestinian terrorists. This ignorance, so carefully cultivated by the Israel Lobby, turns genocidal aggression into self-defense.


It fools Americans, but it doesn’t fool Israelis. The Israelis have always known that “self-defense” is a cloak for a Zionist policy of territorial expansion. The policy is controversial within Israel. Many Israelis object, just as many Americans object to President Bush’s illegal wars and violations of US civil liberties. Many Israelis give voice to their moral conscience, but they are overwhelmed by vested interests.

Karl Marx declared morality to be merely a mask for vested interests. The writings of Marx and Engels are scornful of good will and moral ideals as effective forces in history. The Israeli state epitomizes Marx’s doctrine that power alone is the effective force.

Many American conservatives share the Israeli state’s belief in the efficacy of power. Conservatives who turned against Bush’s wars did so because the US was not brutal enough. They turned away from Bush’s long inconclusive wars in the way that fans desert a losing team.

Americans used to say that “the pen is mightier than the sword,” but this hasn’t been the case for US and Israeli aggression. The success the two regimes have had in instilling fear into their populations is part of the explanation for the impotence of morality. Another part of the explanation is that vested interests are a powerful constraint on morality.

Consider the case of Lee Bollinger. Columbia University is dependent on Jewish money, faculty and students. If Bollinger were to take a stand against Israel’s mistreatment of the Palestinians, he would be denounced as an anti-semite. Presidents of competitor universities would not come to his defense. They would pile on in hopes of recruiting Columbia’s top faculty and students and redirecting the flow of financial resources from Columbia to themselves.

An American newspaper or TV network that took a stand against Israel’s abuse of Palestinians would be confronted with an advertising boycott organized by AIPAC. American politicians who criticize Israel go down to defeat by Israel Lobby money.

We are living in the latter time. Financial interests, the military-security complex, and the Israel Lobby are the powers that rule America. They are buttressed by neoconservatives and Christian Zionists and by the patriotic hubris that America is the main force for good operating in the world. The evils America commits are dismissed as necessary to the service of good. The destruction of Iraq, for example, is justified as “bringing freedom and democracy to the Iraqi people.”

A number of commentators, including myself, predict a decline in America’s economic power. As this occurs, Israel will have to abandon its policy of violence. With the accumulated hatred that its policies have fomented, Israel will be vulnerable.

The world will need to remember that although Israel is a Jewish state, it is a state whose policies many Jews find objectionable, just as a majority of American Jews oppose President Bush’s wars of aggression in the Middle East and his unconstitutional policies at home. We must not confuse Israel’s Zionist government with world Jewry, just as we must not confuse the American people with the war criminals in the Bush Regime.

Consider, who do you trust with your civil liberties, the US Department of Justice or the ACLU’s phalanx of Jewish attorneys?

We must avoid the mistake that was made by blaming the German people for Hitler. It was the aristocratic German military that tried to remove Hitler. In contrast, Democratic Speaker of the House Nancy Pelosi blocked the attempt to impeach George W. Bush and Dick Cheney. Pelosi is a discredit to California, but shall we blame all of America for Pelosi’s defense of war criminals? How can we do so when US Rep. Dennis Kucinich courageously read out the articles of impeachment on the House floor?

Are all Americans guilty because Kucinich did not prevail?

Where's the Academic Outrage Over the Bombing of a University in Gaza?
By NEVE GORDON and JEFF HALPER

Not one of the nearly 450 presidents of American colleges and universities who prominently denounced an effort by British academics to boycott Israeli universities in September 2007 have raised their voice in opposition to Israel’s bombardment of the Islamic University of Gaza earlier this week. Lee C. Bollinger, president of Columbia University, who organized the petition, has been silent, as have his co-signatories from Princeton, Northwestern, and Cornell Universities, and the Massachusetts Institute of Technology. Most others who signed similar petitions, like the 11,000 professors from nearly 1,000 universities around the world, have also refrained from expressing their outrage at Israel’s attack on the leading university in Gaza. The artfully named Scholars for Peace in the Middle East, which organized the latter appeal, has said nothing about the assault.

While the extent of the damage to the Islamic University, which was hit in six separate airstrikes, is still unknown, recent reports indicate that at least two major buildings were targeted, a science laboratory and the Ladies’ Building, where female students attended classes. There were no casualties, as the university was evacuated when the Israeli assault began on Saturday.

Virtually all the commentators agree that the Islamic University was attacked, in part, because it is a cultural symbol of Hamas, the ruling party in the elected Palestinian government, which Israel has targeted in its continuing attacks in Gaza. Mysteriously, hardly any of the news coverage has emphasized the educational significance of the university, which far exceeds its cultural or political symbolism.

Established in 1978 by the founder of Hamas — with the approval of Israeli authorities — the Islamic University is the first and most important institution of higher education in Gaza, serving more than 20,000 students, 60 percent of whom are women. It comprises 10 faculties — education, religion, art, commerce, Shariah law, science, engineering, information technology, medicine, and nursing — and awards a variety of bachelor’s and master’s degrees. Taking into account that Palestinian universities have been regionalized because Palestinian students from Gaza are barred by Israel from studying either in the West Bank or abroad, the educational significance of the Islamic University becomes even more apparent.

Those restrictions became international news last summer when Israel refused to grant exit permits to seven carefully vetted students from Gaza who had been awarded Fulbright fellowships by the State Department to study in the United States. After top State Department officials intervened, the students’ scholarships were restored — though Israel allowed only four of the seven to leave, even after appeals by Secretary of State Condoleezza Rice. “It is a welcome victory — for the students,” opined The New York Times, and “for Israel, which should want to see more of Gaza’s young people follow a path of hope and education rather than hopelessness and martyrdom; and for the United States, whose image in the Middle East badly needs burnishing.”

Notwithstanding the importance of the Islamic University, Israel has tried to justify the bombing. An army spokeswoman told The Chronicle that the targeted buildings were used as “a research and development center for Hamas weapons, including Qassam rockets. … One of the structures struck housed explosives laboratories that were an inseparable part of Hamas’s research-and-development program, as well as places that served as storage facilities for the organization. The development of these weapons took place under the auspices of senior lecturers who are activists in Hamas.”

Islamic University officials deny the Israeli allegations. Yet even if there is some merit in them, it is common knowledge that practically all major American and Israeli universities are engaged in research and development of military applications and receive money from the Pentagon and defense corporations. Weapon development and even manufacturing have, unfortunately, become major projects at universities worldwide — a fact that does not justify bombing them.

By launching an attack on Gaza, the Israeli government has once again chosen to adopt strategies of violence that are tragically akin to the ones deployed by Hamas — only the Israeli tactics are much more lethal. How should academics respond to this assault on an institution of higher education? Regardless of one’s stand on the proposed boycott of Israeli universities, anyone so concerned about academic freedom as to put one’s name on a petition should be no less outraged when Israel bombs a Palestinian university. The question, then, is whether the university presidents and professors who signed the various petitions denouncing efforts to boycott Israel will speak out against the destruction of the Islamic University.

Neve Gordon is chair of the department of politics and government at Ben-Gurion University of the Negev and author of Israel’s Occupation (University of California Press, 2008).

Jeff Halper Jeff Halper is the Director of the Israeli Committee Against House Demolitions (ICAHD) and author of An Israeli in Palestine: Resisting Dispossession, Redeeming Israel (Pluto Press, 2008). 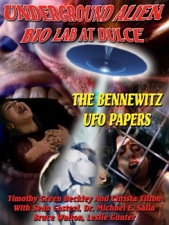