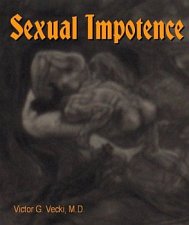 Christianity is Criminal! (Four Decades of Child Abuse in ONE Church!)

A Plover, Wis., woman has sued the Roman Catholic Diocese of La Crosse, claiming it allowed a priest to remain active for nearly four decades despite knowing he had a history of molesting children.

In a civil suit filed Dec. 31, Brenda Varga claims church officials assigned the Rev. Raymond Bornbach in 1968 to a parish in Hewitt and allowed him to work with children, even though they were aware he had abused others.
Varga, now 46, claims the priest molested her when she was 9 years old.

“At the first occasion we became aware of any allegation regarding Brenda Varga, we investigated,” Birnbaum said. As a result, “Bornbach was removed.”

In a written statement, Birnbaum said “there are no pedophile priests working in the Diocese of La Crosse” and all claims of child sexual abuse, including Varga’s, have been submitted to a diocese review board.

Varga recounted her story of abuse in a phone interview Wednesday from her home in Plover.

In 1971, she and her family attended a wedding at St. Michael’s church in Hewitt, about a 45-minute drive from their home, where the third-grader first met Bornbach.

The priest would visit her home, bringing gifts and taking Brenda and her sister back to his home, where Varga said he molested her.

Varga said her parents assumed he was just being nice.

“You trusted a priest,” she said. “They were next to God.”

The abuse lasted for about a year, until Bornbach’s housekeeper caught him in a bedroom with the girl, Varga said. The next day, Bornbach gave Varga a new bicycle.

“From what I remember, that was our last visit,” she said.

Bornbach remained at St. Michael’s until retiring in 1996.

Varga reported the abuse to the diocese in 2003. A year later, she finally met with then Bishop Raymond Burke, who she said promised to do something about Bornbach before he left to become archbishop in St. Louis. Eight months later, Varga made her allegations public, and the church said it had removed Bornbach from the ministry.

Varga said she recently learned the diocese had been warned about Bornbach before she was abused. “That really hurts.”

Varga said she agonized over the decision to sue.

“It’s making me sick to my stomach to do this,” she said. “I’m afraid people are going to think I’m doing this for the money. It’s the furthest thing from my mind right now. I want the La Crosse Diocese to stop hiding the secrets.”

An organization of clergy abuse victims held a news conference Wednesday outside the Cathedral of St. Joseph the Workman to draw attention to the lawsuit.

Peter Isely, Midwest director for the Survivors Network of those Abused by Priests, called on the diocese to give authorities its abuse allegation files.

In a letter to Bishop Jerome Listecki, Isely accused his predecessor, Burke, of giving Bornbach “free rein to sexually terrorize the innocent.”

“It’s really a mystery to me why SNAP would have a press conference that attacks Burke and Listecki,” Birnbaum said. “They weren’t even ordained priests” in 1971.

A 2004 study by the John Jay College of Criminal Justice found the church had cleared 64 percent of priests in the La Crosse diocese accused of sexual abuse. Nationwide, the clearance rate was about 10 percent, according to a report commissioned by United States Conference of Catholic Bishops.