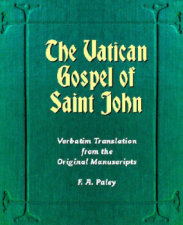 The Legionaries of Christ Disease

The Legionaries of Christ, an influential Roman Catholic religious order, have been shaken by new revelations that their founder, who died a year ago, had an affair with a woman and fathered a daughter just as he and his thriving conservative order were winning the acclaim of Pope John Paul II.

Before his death, the founder, the Rev. Marcial Maciel Degollado, had been forced to leave public ministry by Pope Benedict XVI because of accusations from more than a dozen men who said he had sexually abused them when they were students.

But most members of the Legion continued to defend Father Maciel, asserting that the accusations had not been proved. Father Maciel died in January 2008 at the age of 87, and was buried in Mexico, where he was born.

Now the order’s general director, the Rev. Álvaro Corcuera, is quietly visiting its religious communities and seminaries in the United States and informing members that their founder led a double life, current and former Legionaries said.

The order is not publicly confirming the details of the scandal.

Jim Fair, a spokesman for the Legionaries, said only: “We have learned some things about our founder’s life that are surprising and difficult for us to understand. We can confirm that there are some aspects of his life that were not appropriate for a Catholic priest.”

Some former members said they expected the order to renounce its founder, but Mr. Fair said: “He is the founder and he always will be the founder of the order. That’s one of the mysteries that we all see in life is that sometimes good things come out of less than perfect human beings.”

In Catholic religious orders, members are taught to identify with the spirituality and values of the founder. That was taken to an extreme in the Legionaries, said the Rev. Stephen Fichter, a priest in New Jersey who left the order after 14 years.

“Father Maciel was this mythical hero who was put on a pedestal and had all the answers,” Father Fichter said. “When you become a Legionarie, you have to read every letter Father Maciel ever wrote, like 15 or 16 volumes. To hear he’s been having this double life on the side, I just don’t see how they’re going to continue.”

Father Fichter, once the chief financial officer for the order, said he informed the Vatican three years ago that every time Father Maciel left Rome, “I always had to give him $10,000 in cash — $5,000 in American dollars and $5,000 in the currency of wherever he was going.”

Father Fichter added: “As Legionaries, we were taught a very strict poverty; if I went out of town and bought a Bic pen and a chocolate bar, I would have to turn in the receipts. And yet for Father Maciel there was never any accounting. It was always cash, never any paper trail. And because he was this incredible hero to us, we never even questioned it for a second.”

Mr. Fair said he had no comment about whether Father Maciel had misappropriated money, fathered a child or sexually abused young men.

The Legionaries, founded in 1941, have grown as the church in many countries has shrunk. It has 800 priests in 22 countries, and 70,000 members worldwide, many of whom are lay people in its affiliate, Regnum Christi.

Tom Hoopes, managing editor of The National Catholic Register, which is affiliated with the Legionaries, posted an apology on the Web on Tuesday for having dismissed the sexual abuse accusations, saying, “I’m sorry to the victims, who were victims twice.” 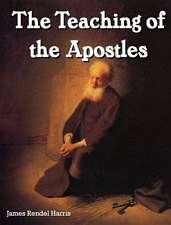