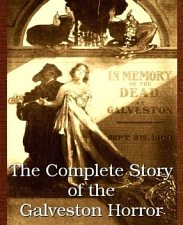 The struggles of a religion reporter whose work begins to erode his faith.

While writing a column on religion for an Orange County, Calif., paper, William Lobdell loved to inspire readers with stories about people of faith, such as the elderly church organist who was brutally beaten by a man high on drugs, yet focused on seeing that her assailant got a Bible and necessary support after getting out of jail.

A freshly born-again Christian, Lobdell was a husband, father, and journalist who saw evidence of answered prayer in his own life as well, a life that he felt had been transformed by faith. Covering the religion beat was the perfect job for Lobdell – until the day that his work began to destroy his faith.

Losing My Religion: How I Lost My Faith Reporting on Religion in America – and Found Unexpected Peace is a compelling personal story of faith found, cherished, and then lost. Lobdell’s courageous memoir doesn’t set out to score points in the debate between atheism and religion, but simply to recount a spiritual journey, one he desperately hoped would end differently from the way it did.

Lobdell is a gifted writer. Avoiding the disparaging polemics that often characterize the debate between nonbelievers and people of faith, he turns his own story into a fast-paced, engrossing tale, one that is sure to be popular with nonbelievers, but deserves to be read by Christians as well.

The story begins with Lobdell’s initial journey toward religion. Feeling he had messed up his life by his late 20s, Lobdell came to faith after a good friend told him, “You need God.” He began a gradual but sincere spiritual search at an evangelical megachurch, moved eventually to a more intellectual Presbyterian community, and finally took catechism classes to join the Catholic church (in which his wife had grown up). He read voraciously on matters religious.

Lobdell was happy when he was able to begin writing the column on religion for the Orange County paper. And when his dream job finally came his way – work as a religion reporter at the Los Angeles Times – it seemed an answer to prayer. The L.A. Times job led to award-winning investigative work – but also to disillusionment.

Six months before the clergy sexual abuse crisis broke wide open in Boston in 2002, the Catholic dioceses in Orange County and Los Angeles agreed to pay a $5.2 million settlement to a single individual, Ryan DiMaria. The young man had charged a highly popular priest and high school principal with abuse. Msgr. Michael Harris, whose nickname was “Father Hollywood,” turned out to have other victims as well.

Lobdell dug into the first of several cases that would lead to years of investigation, hundreds of hours of conversation with abuse victims, and repeated discoveries of church hypocrisy and hard-ball tactics in the treatment of victims and their families.

At the time the DiMaria case was settled, Lobdell and his wife were attending Catholic conversion classes twice a week. As he tells it, “the Father Hollywood story was a spiritual body blow, but I didn’t sense it at the time.”

Instead, the eager reporter felt God had given him a special responsibility: to uncover corruption in religion in order to spur reform and healing. With equal fervor, he undertook in-depth reports on televangelists who were milking people of millions and using funds for themselves; one involved an exposé of the homosexual tryst and lavish living of the head of Trinity Broadcasting Network.

Yet the results were disheartening: Catholic parishioners repeatedly took the side of abusive priests and railed against the victims; and the televangelists raked in millions more the year after the stories appeared. “In fact, my stories were used as fund-raising tools – evidence that TBN was doing God’s work and the devil (that is, yours truly) was trying to stop it,” Lobdell writes.

It wasn’t reaction to his stories, per se, that most distressed him, he says, but the fact that Christians who were in a position to stand for principle and clean things up, regularly chose to turn a blind eye to dishonesty, corruption, and hypocrisy.

At first Lobdell felt that corruption in religious institutions had nothing to do with God. But then he began looking for evidence of how Christians lived, and whether it differed at all from nonbelievers.

“If the Gospels were true, shouldn’t I be able to find plenty of data that showed Christians acted differently – superior in morals and ethics – from the rest of society? I wanted to see that people were changed in fundamental ways by their belief in Christ.” The data from many studies, whether on divorce, racism, charity, materialism, etc., showed otherwise.

He began experiencing “a dark night of the soul.” Two other assignments became crowning blows: a reporting trip to St. Michael’s Island in Alaska, where “a single Catholic missionary raped an entire generation of Alaska Native boys”; and a court case in Portland, Ore., in which a priest and his order were refusing to give sufficient support to the son the priest had fathered and his destitute mother.

Lobdell and his wife never joined the Catholic church. The author struggled mightily to hold onto his faith, but, he says, it just left him – it wasn’t a choice. Today he’s not a different person – he still lives according to the standards outlined in the Bible. But he says his faith is gone for good. One wonders about those prayerful years and why their impact in his own life failed to sustain him. Lobdell finds ways to explain them away.

In this soul-searching autobiography, Lobdell raises deeply significant issues about what constitutes a genuine Christian life. While others might find different answers to some of the challenges Lobdell recounts, it would be difficult to bring more integrity, modesty, and honesty to the struggle.

Why would anyone be surprised that Christians of any religious denomination would turn a blind eye toward abusing clergy or parish members? It is called circling the wagons. We all do it. It is impossible to look at one’s own denomination and one’s own matrix of magical thinking including a Zeus like God that looks down on us, the ant people, and controls us with ‘love’ and ‘compassion’ etc. This is essentially what we have been taught. We are the modern day we are the modern day Greeks and we have a modern day version of Apollo worship in our churches on Sunday. You know the ancient mystery religions of the Middle East had sacraments and priesthoods and scriptures also. We are not the new kids on the block. Christianity flows directly out of Apollo worship, the worship of Mithras and alternatives to strict Second Temple Judaism worship out in the hinterlands of Juda. We have a religion that is clearly ecelctic and comes from many sources. We are no different than any other group of believers. What we believe now is built solidly upon what others believed then.

Protecting clergy is natural for people with magical thinking processes. They are the high priests of our value system. What are we going to do? Throw them to the dogs?

We need to search our hearts. We are deeply involved in magical thinking and we are destroying our children in the process in order to ‘protect’ our core value system….a value system based on white magic and mystery religions of over 2,000 years ago. 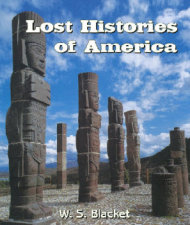