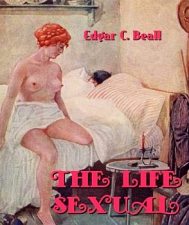 Being a Christian Pedophile Means NEVER Having to Say I'm Sorry-- Just Grab another Child.

Look out kid, it’s somethin’ you did God knows when, but you’re doin’ it again –Bob Dylan

In that story, we detailed the case of Iraq war veteran John TH Doe, as he is identified in court documents. Doe claims he was molested by an L.A.-area Catholic priest as a teenager, but was on active military duty when a 2003 legal window opened that would have allowed him to file suit. Federal law grants extensions to military personnel involved in legal battles, but Mahony’s team argued that the law didn’t apply to Doe.

That February 4 story, “Mahony to Iraq War Vet: Screw Yourself,” generated a powerful response from readers, most of them outraged by the Archdiocese’s cynical legal tactics.

“Leave it up to Cardinal Mahony and his lawyers to use every legal tactic he can find, to re-abuse victims,” wrote Judy Jones in the comments section of LACityBeat.com.

“Because of the protection [Mahony] gave those sexually predatory priests the blood of hundreds of children is on your hands and no amount of rancid oil is going to wash that blood away,” wrote Victoria G. “Mahony, may you hear those screams in your sleep for the rest of your life, and beyond.”

One commenter wasn’t quite so supportive. Los Angeles Archdiocese spokesman Tod Tamberg alleged a litany of errors in our story and demanded its retraction.

“Neither Cardinal Mahony nor the Archdiocese of Los Angeles are named in the lawsuit,” Tamberg wrote. “The Archdiocese merely appeared at a hearing called to determine whether there are enough facts to allow the man’s complaint to proceed at all.”

Could we really have screwed up that badly?

As it turns out, no.

“Tamberg is parsing words,” says John TH Doe’s lawyer, Vince Finaldi. “In molestation suits where the plaintiff is over the age of 26, defendants can’t actually be named until the discovery period of the trial, when the judge issues what’s called a certificate of corroborative fact. Until that point the plaintiffs are given Doe names.

And you don’t have to take Finaldi’s word for it. A “Memorandum of Points and Authorities,” filed by Hennigan, Bennett & Dorman, the Archdiocesan law firm, states that Bob Dylan’s “Subterranean Homesick Blues” “pretty much sums up the complaint against the Los Angeles Archdiocese ... .”

And using a Bob Dylan lyric to help throw out a war veteran’s molestation case? Not cool.

It’s true, as Tamberg asserts, that the alleged molestation took place in Orange County. We never said otherwise. In fact, the priest in question was trained in the L.A. diocese, and John TH Doe isn’t the first person he stands accused of molesting. What’s critical, Finaldi says, is Doe’s suit will show the archdiocese had knowledge of the priest’s character defects and did nothing to stop him.

As for Tamberg’s assertion that City Beat was in conversation with the defense, we plead guilty. That’s called reporting – and it’s why Finaldi’s name appears in the original article. Lee Potts, the Archdiocesan lawyer on the case, didn’t return our calls for comment or we would have spoken with him, too.

If he had called us back, he could have discussed perhaps Tamberg’s most ridiculous critique – John TH Doe is lying about his molestation.

We never wrote that John TH Doe was molested. That’s for a jury to figure out. We merely argued that he deserved his day in court.

Finally, Tamberg raised, without evidence, the possibility that Doe wasn’t really an Iraq War vet. Finaldi says John TH Doe flew missions in Afghanistan and Kosovo as well as Iraq. He’s a recipient of the Global War on Terror Service Medal, among more than a dozen other citations.

After demanding a retraction from us, Tamberg didn’t respond to a week’s worth of calls for this story.

Needless to say, City Beat won’t be retracting anything.