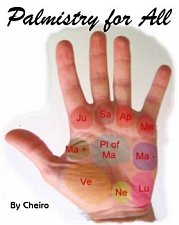 Keep YOUR CHILDREN SAFE! Stay out of Church! Churches, Preachers, Xtians are EVIL!

Below is a story that details Los Angeles Archbishop Roger Mahony acting in typical Cardinal Mahony fashion: As a suppresser of truth and a promoter of impostures and mistruths.

In 2002, with the Catholic Church molestation scandal erupting around him, Los Angeles Cardinal Roger Mahony took to the media to make an announcement: “We want every single thing out, open and dealt with, period,” he insisted.

The Los Angeles Archdiocese then spent the better part of a year stonewalling the release of church personnel files – which, when finally liberated, revealed the identities of the abusers and those who aided them.

Nearly seven years later, things haven’t changed much. A new chapter to the sex abuse scandal has recently opened, and once again the Archdiocese of Los Angeles is doing its best to close it.

In this case, the alleged victim is an Iraq war veteran.

In documents obtained by L.A. City Beat, a man identified as “John TH Doe” says he was 16 years old when a priest in his L.A.-area Catholic high school sexually abused him. For years he said nothing. At the age of 22, he enlisted in the Air Force, where he has served continuously since 1993, flying countless, dangerous combat missions in the Iraqi theater.

After years of silence, while still serving in Iraq, John TH Doe is now ready for his day in court.

There’s a chance, however, that day could never come.

Last week, as lawyers for the Archdiocese of Los Angeles tried to downplay news that Cardinal Mahony had come under investigation by the U.S. Attorney’s office for his role in dealing with pedophilic priests, those same lawyers were taking an unprecedented step – quietly pushing a legal challenge in Los Angeles County superior court that would seek to deny John TH Doe, and potentially other California servicemen and women who were molested by members of the church, their chance

The case begins in 2002 when, in response to a public outcry over widespread allegations of child molestation in the Catholic Church, the California legislature opened a civil window that allowed victims of sexual abuse to file suit against their abusers, no matter when the alleged abuse occurred, or when the statute of limitations for the crime should have expired.

That window closed in 2003, but for members of the military serving in active duty during that time who missed the deadline, there was hope in a little known law: the Servicemember’s Civil Relief Act of 1940. SCRA suspends statutes of limitation where men and women in active military duty are concerned. “The period of a service member’s military service,” the law states, “may not be included in computing any period limited by law, regulation, or order for the bringing of any action or proceeding in court.”

The law was designed to allow members of the military to serve without having legal woes in their civilian lives cloud their ability to fight, and to protect their legal rights should they be unable to return home for a court date.

But there’s a small loophole in the law, one the archdiocese is trying to exploit. It allows the court to use its discretion to ignore the law and throw out SCRA cases it deems meritless. And that’s exactly what lawyers for the Archdiocese are asking Judge Emilie H. Elias to do.

“Plaintiff in this case is not someone who was drafted or a guardsman or reservist called to active duty,” lawyers for the diocese argue in their court filings. “He is not entitled to have the SCRA ‘liberally constructed’ in his favor.”

In other words, the archdiocese says, because John TH Doe volunteered to serve his country and fight in Iraq, instead of being drafted, the protections of the SCRA shouldn’t apply.

“Our client was abused as a child,” says Vince Finaldi, John TH Doe’s attorney, at the Newport Beach-based law firm Manly & Stewart. “He didn’t file earlier because he was serving this nation. If the court is going to exercise discretion, it should be in favor of those ravaged by priests in California and throughout the United States.”

So far, there’s just one other SCRA case, in San Diego. There, “John Roe 65,” a career military man, has told the court he was stationed in Guam during the 2003 sexual abuse filing period; in his remote location, he had no idea a window for a lawsuit existed. He filed suit under the SCRA in 2008, two years after he got out of the military. The Catholic Diocese of San Diego is fighting that case, too. 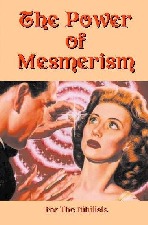