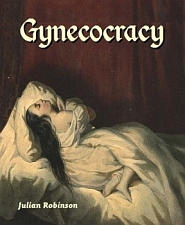 From across the Northwest, men and women who accuse Jesuit priests of past sexual abuse jetted into Portland on Tuesday to share their suffering and represent the interests of more than 160 people with active lawsuits against the region's order.

They came from different backgrounds, from the suburbs of Seattle to the reservation lands of Washington and Idaho. Different ages. Different ethnicities. But their stories of priests grooming them for abuse, systematically stealing their innocence, sounded painfully similar.

Accusers appeared in a closed-door meeting with M. Vivienne Popperl, an attorney for the U.S. Trustee for Oregon, who would pick a seven-person creditors committee to represent the interests of accusers in the Jesuits' bankruptcy.
The region's Jesuits, a Roman Catholic order formally known as the Oregon Province of the Society of Jesus, filed bankruptcy Feb. 17 in the wake of increasing legal exposure to sex abuse lawsuits brought against priests. Since 2001, the Portland-based province -- which covers Oregon, Washington, Idaho, Montana and Alaska -- has settled more than 200 legal claims, paying out $25 million.

Lawyers for the Jesuits declined to comment about Tuesday's selection of a creditors committee. Jesuit leaders have said they filed for reorganization under Chapter 11 to help the province resolve its pending claims, maintain its ministries and help victims of priest abuse to heal.

Many more claimants are expected to step forward as news of the bankruptcy -- and a deadline on future claims -- spreads across the nation, said Tim Kosnoff, a Seattle lawyer who represents more than 40 claims against the Jesuits. Kosnoff and other plaintiffs' attorneys say they expect legal notices alone to cost millions of dollars.

Jesuit priests' abuse of boys and girls ranged from fondling to rape, he said, and the decades have not erased the pain, the memories and the occasional flashbacks.

"Now, out of necessity, they're going to be forced to come forward," said Kosnoff.

Four came to The Oregonian with their stories Tuesday, shortly before their appearance before Popperl.

Alberta Sena recalled the summer she lost her innocence in the early 1970s. She was just a child of 8 or 9 growing up on the Nez Perce Reservation in Lapwai, Idaho, when her mom encouraged her to take first Communion in the Catholic Church.

Father A.J. Ferretti, whom the children called "Father Freddy," was a gentle, white-haired man. Grandfatherly. He was a man of God, someone to be trusted.

Sena recalled a day frolicking with friends in and out of the church, a game of hide-and-seek. Somehow she ended up in Ferretti's living quarters. She recalled the priest saying the other children had to go home. Now it was just them.

It was dark, she recalled through tears, and she was naked. Ferretti fondled her, she said, as they sat in a chair in his kitchen.

Sena, now a 43-year-old bookkeeper at the Flying J truck stop in Lewiston, Idaho, is one of three plaintiffs in a lawsuit filed last January in the Nez Perce County courthouse against the region's Jesuit order and the Roman Catholic Diocese of Boise.

"It takes a lot of strength and courage to come forward," said Sena. "To those who haven't yet ... it's OK. Strength comes in different forms."

Although many of the sex abuse suits have been brought by Native American children, some of the Jesuits are accused of inveigling their way into the homes of white kids and their parents in suburban locales.

Two brothers in their 60s were among those who told their stories to The Oregonian on Tuesday. They came from what they described as a good middle-class neighborhood in the Seattle suburbs. Both accuse Father Michael Toulouse, who operated out of Seattle University, of worming his way into their family circle.

Their intensely devout parents, who believed that Toulouse was a representative of God on Earth, invited the priest to dinner and long evenings of philosophical discussions.

"My parents were charmed," said one of the men, who did not care to be identified in this story. At the end of many visits, the priest would suggest some pretext for spending time alone with them -- a quick trip for hamburgers or a weekend at the parish retreat. 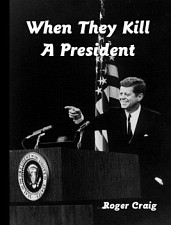