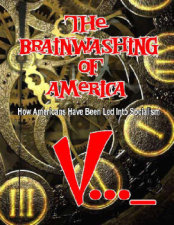 In response to the Mormon Church's fight against same-sex marriage, UFC is launching a petition to ban Mormon marriage. Lately, the Mormon Church has been on a mission (that's right) to outrank Evangelicals as the denomination most concerned with other people's sex lives.

Not surprisingly, many people were not ecstatic that a (mostly) Utah-based Church pushed so hard to stop LGBT Californians from getting married. And many others didn't share their concern that same-sex unions would destroy the moral fabric of the country and turn kids into godless sex freaks.

Anyway, today the Universal Free Church, a denomination whose ideology seems to be that consenting adults who aren't violating the law should do what they want regardless of what religious groups think, is turning the tables (sort of), by launching a petition drive to ban Mormon marriage.

Needless to say, the petition is jokey -- obviously, these days it's only legal to steal the rights of LGBT people -- so Mormons need not fear. But it's a nice way to shed light on the extent to which religious groups in this country shape policies with little impact on their own lives.

But, says Cristos, "Any time you use the tax-exempt wealth and political power of America's religious majority to create any secular law that forces any religious belief on everyone else, that's religious fascism. It's evil, and it violates the 'establishment clause' of the First Amendment."

Whereas, despite Mormon lies, gay and lesbian marriage is not a threat to children ...

Whereas Mormon marriage is also a threat to children because Mormons believe in illegally using tens of millions of their tax-exempt dollars and the secular political process to force their religious beliefs on everyone else. Thereby violating tax laws and the "establishment clause" of the First Amendment. If not stopped from marriage, Mormons will continue to have children and indoctrinate them with their subversive and un-American beliefs in tax fraud and religious fascism.

It's worth mentioning that NOT all Mormons are set on screwing over LGBT people. I went to the Prop. 8 protest in San Francisco on the eve before the court hearings, and was excited to see a large Mormon contingent bearing signs like "Straight and active Mormon for Marriage Equality". During the Prop. 8 campaign many Mormon groups took a courageous stand against the Church's meddling.

But sadly, these groups appear to be a not-very powerful minority in Church (hypocrisy &) politics. 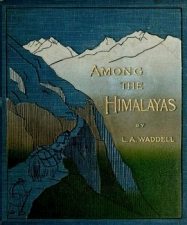