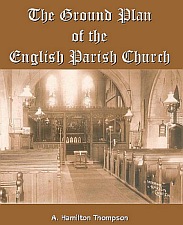 A Catholic priest was convicted Thursday in a retrial on sex-abuse charges in Eastland County, about 100 miles west of Fort Worth.

The sentencing hearing for the Rev. Thomas Teczar will continue today.

Jurors took about 50 minutes to decide that Teczar molested and sexually assaulted an 11-year-old boy in 1990. The Fort Worth Catholic Diocese had assigned him to work in rural Eastland County, largely unsupervised, despite his long history of sexual misconduct in the Diocese of Worcester, Mass.

An appeals court overturned Teczar's 2007 conviction because of expert-witness qualification issues and testimony about abuse for which he was not criminally charged.

The Fort Worth diocese has paid about $6 million in civil settlements to six of Teczar's Texas victims. They were represented in those cases by Dallas lawyer Tahira Khan Merritt, who also assisted prosecutors in Eastland County.

Other victims have received settlements in Massachusetts.

A petition to remove Teczar from the priesthood is pending at the Vatican.

(Ugh the CHURCH KNEW this Christian Pervert raped children and STILL gave him a job in Texas to RAPE EVEN MORE CHILDREN!)

The cases originated out of Somersworth, Rollinsford, Rochester, Exeter and either Ossipee or Effingham, with the 879 pages also detailing allegations of sexual abuse against previously accused priests. One report involved a Massachusetts priest accused of abuse while in Alton.

The allegations span several decades, with several local cases originating between the 1960s and 1970s and taking place inside churches, homes and a golf course, according to case descriptions and e-mail correspondence.

None of the accused Seacoast clergy members were ever charged by authorities, either because they're deceased or the alleged crimes' statute of limitations expired, said Senior Assistant Attorney General Will Delker.

In some cases, case information is redacted when allegations against ushers or youth ministers were deemed unsubstantiated, he said.

BishopAccountability.org — a Massachusetts-based group that says it is committed to giving a full accounting of alleged abuse — posted the documents online and says it could spur more victims to come forward. It says the files show why the statute of limitations on reporting such abuse should be reformed.

The group charged that the Roman Catholic Diocese of Manchester cannot be trusted to report the true scope of clergy sexual abuse.

Kevin Donovan, the diocese spokesman, said "these documents indicate the scope of our commitment to a healthy and continuing relationship with the state to ensure the safety of children."

He said every report of alleged abuse is reported, no matter how long ago it took place. He said a cleric is temporarily removed during the course of an investigation and, if charges are found to be true, faces permanent removal.

The files were released following Right-to-Know requests and after the state's final audit of the diocese. Under a 2002 agreement, the diocese agreed to report all abuse allegations to the Attorney General's Office and remove accused clergy members from their jobs. The state says the diocese is handling cases appropriately.

Why would any person in their right mind follow a religion that tells you who you can marry, who you can fuck, etc... when the religion's leaders are fucking the children without remorse....

Guinan gets four years behind bars and is told to pay $99,999 in restitution to church
By Brian Haas

The Rev. Francis Guinan told a jury he could spend his Delray Beach church's money however he wanted, on trips to Las Vegas, expensive dinners and golf outings. He insisted it was normal to lie in church bank records, create secret slush funds and walk away from the offertory with wads of cash.

"These excuses, the myriad excuses, it's malarkey," Marx said. "You are in this situation because of your unmitigated greed and unmitigated gall."

Marx sentenced Guinan to four years in prison and ordered him to repay $99,999 to St. Vincent Ferrer Catholic Church. It was the maximum amount she could require him to pay.

From 2003 to 2005, Guinan stole from church coffers to take trips to Ireland and Las Vegas, dine at expensive restaurants and pay personal credit card expenses.

A day earlier, a different judge sentenced Guinan's predecessor, the Rev. John Skehan, to 14 months in prison. Skehan, who pleaded guilty to a harsher charge of stealing from the same church, has until May 1 to begin serving his term.

The Diocese of Palm Beach County has banned both men from ministering to the public, though they remain priests.

Prosecutors sought a prison term of five to 10 years for Guinan.

Marx questioned why Guinan should get a tougher sentence than Skehan.

Guinan did nothing of the sort, the prosecutor said.

"The only acknowledgment he made was that it looked bad," Mighdoll said. "He did not admit his wrongdoing or demonstrate any remorse for his actions."

Guinan apologized and asked for leniency when he faced Marx on Wednesday.

"I'd like to apologize, especially to the secretaries at St. Vincent's and the parishioners and, like I said, to all of the people who have been hurt through my actions. I am deeply sorry," Guinan said.

He then asked to be spared prison time because he already had spent 31 days in jail since a jury found him guilty Feb. 23.

A handful of supporters also begged for leniency for him.

The Rev. Nicholas King, pastor of a Catholic church in Orlando, said Guinan already has been punished by not being allowed to minister.

After the hearing, Guinan's defense attorney, Richard Barlow, said he expected the sentence to be harsher.

Still, he accused the prosecutors of seeking long prison terms out of "bitterness and anger."

"They're bitter and angry that Father Guinan would go to a public trial and he was able to receive a verdict of less than what they charged," he said.

He said Guinan had not yet decided whether to appeal his sentence or conviction.

Before ending the sentencing hearing, Marx told Guinan that the victims of his theft extend beyond one church.

"I believe that the victims in this case are much more far-reaching than that and because of your corruption that the charitable hearts of many have been stifled," she said. "No matter how many good works you have performed in your many years as a priest ... your legacy will always be one of thievery and deceit." 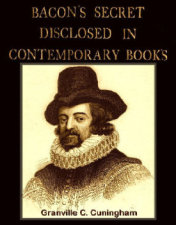