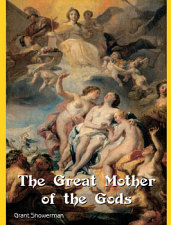 WOOOOOOOOWWWWWWW: OOH LOOKY HERE, the deadline for governors to accept stimulus funds is today, and the last three holdouts in the country — Bobby Jindal, Sarah Palin and even Mark “Queen Welfare Queen” Sanford — have decided to accept allllllllllll of their allotted portions, after ranting for months and months about how accepting that money would destroy their state economies and add trillions in new terrible debt and force them raise taxes to 14,000% within a week just to pay a SINGLE TEACHER. Mark Sanford, of course, accepted this toxic money while still calling Obama a moron for allowing him to do so, because now he’s just going to launder it.

Sanford gives in on stimulus, will seek funds for S.C.

Gov. Mark Sanford will comply with a midnight Friday stimulus deadline and become the last governor in the nation to seek millions of dollars in federal economic-recovery funds for his state, aides said late Thursday.

Sanford will continue contesting $700 million in education and law enforcement money for South Carolina, but his 11th-hour move to meet the deadline buys time for schools fearing mass teacher layoffs and draconian cuts.

Sanford's month-long fight over stimulus money placed South Carolina in the national spotlight and put him at loggerheads with President Barack Obama.

"Tomorrow the governor is going to send the (Section) 1607 certification for everything except the stabilization funds," Sanford's spokesman, Joel Sawyer, said Thursday evening. "The governor will apply for that (additional) money if the General Assembly is willing to compromise and pay down some debt with it."

Obama has twice rejected Sanford's written requests to use $700 million in State Fiscal Stabilization Fund money to pay off state government debt instead of its stated use to help school districts retain teachers and modernize old schools or build new ones.

White House officials confirmed for the first time Thursday that a 45-day deadline in the $787 billion stimulus bill, which Obama signed into law on Feb. 17, applies only to governors' initial requests for the money — and not to states' formal application for it.

State leaders in Columbia and Washington had thought that midnight Friday was the deadline for actually claiming the $700 million in disputed funds.

"We are pleased with reports that Governor Sanford will join the other 49 governors — Democrats and Republicans — in filing a certification to accept Recovery Act money," said Kenneth Baer, a spokesman for White House Budget Director Peter Orszag.

"The Recovery Act will create or save 3.5 million jobs (nationwide), and we do not want to see the citizens of any state denied the help that it can provide," Baer said.

Obama has claimed that the stimulus package will create or preserve 50,000 jobs in South Carolina, whose 11.4 percent unemployment rate is the nation's second highest after Michigan's.

Sanford will likely continue to tussle with state general assembly leaders from his own Republican Party over his insistence that at least some of the disputed $700 million pay off debt, despite $1.1 billion in state budget cuts already imposed this year because of revenue shortfalls.

Sanford's expected move is an implicit acknowledgement that he'd erroneously claimed for weeks control over only the $700 million in education funds, not over the entire $8 billion package.

In fact, Sanford's failure to request the stimulus funds by midnight Friday would've imperiled all $8 billion reserved for his state.

The stimulus package, an ambitious bid by Obama to jolt the economy, provides $8 billion to South Carolina for Medicaid payments, road and bridge repairs and construction, unemployment benefits, police, tax cuts and a host of other needs.

"The action we are taking tomorrow is perfectly consistent with where we've been throughout the stimulus debate," Sawyer said late Thursday.

In a day filled with brinksmanship, Rep. Jim Clyburn, the House Majority Whip, warned that Sanford was jeopardizing South Carolina's share of the funds.

"Does Governor Sanford intend to meet the minimal prerequisite certification requirement in order to reserve the right for the state to seek funds in the future?" a Clyburn written statement asked. "Or will he put all economic stimulus funding in jeopardy?"

In a letter to Republican Sen. Lindsey Graham on Wednesday, Orszag said that state legislatures lack the authority under the stimulus law to apply for State Fiscal Stabilization Fund money.

Clyburn had crafted a provision in the law that was intended to give legislatures such power and to bypass governors who oppose using federal deficit spending to revive the economy.

Orszag's letter suggests that the Obama administration wouldn't recognize or act on a state resolution applying for the disputed $700 million.

That fact keeps the onus on Sanford to apply for the money, though he now has 75 days — 120 days from the stimulus law's enactment — to do so.

Even if Sanford and the legislative leaders can reach a compromise, it's uncertain how any of the $700 million could be used to pay down state debt after Orszag's explicit instruction, in two letters to him, that the law doesn't permit such use.

Education Secretary Arne Duncan said the Obama administration is working with Clyburn to craft new legislation in Congress that would provide the $700 million to South Carolina should Sanford fail to apply for it in time.

(John O'Connor of The State in Columbia, S.C., contributed to this article.)