Mel Gibson’s new lover, who destroys his marriage of many years, began to collect men at age 14.

(FALSE: The hypocrite Gibson destroyed his Christian Marriage!!! Can't blame the 'other woman'!)

Oksana Pochepa was born in a middle-class family in the Russian city of Rostov. When a child, she liked to play with boys all the time. She had absolutely no interest in dolls and other girlie toys, so she would hide all of them in her grandmother’s wardrobe. The girl was interested in something totally different.

“Oksana is a nymphomaniac. Sex is the most important thing for her. She kept a diary at high school, in which she described all of her love affairs. She had a great deal of partners, although she was not like a prostitute. She just loved sex. She had her first experience when she was in the ninth grade and could not stop afterwards. It was like fitness for her,” the woman’s friend said.

Her former classmate, a man named only as Sergei, said that he was shocked when Oksana showed her sex diary to him.

“She put down the story of every love affair that she had and described all her sex life in detail there. She described her feelings and emotions in that journal too,” the man said.

Oksana later became a pop star and launched her career as Akula (Shark). She was discovered by a VJ, who later gave her an opportunity to hit the big time. The career of a pop singer made Oksana work on her looks. It is hard to believe that she used to suffer from excessive weight.

The news about the love affair between the 24-year-old woman and Mel Gibson, the world-famous actor and director, became a shock to everyone who knows Oksana in person.

“She told me that she lived in the States for about six months, that she had an affair there with someone. But I could never imagine that it would be Mel Gibson. She is a shark definitely . A shark hunting for big fish,” her former classmate said. 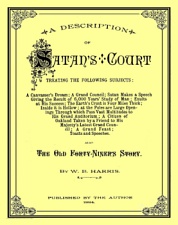