A blogger in Jacksonville, Florida, has filed a lawsuit after a mega-church and law-enforcement officials took steps to determine his identity.

Thomas Rich, author of a blog that is critical of leaders at First Baptist Church in Jacksonville, filed a lawsuit earlier this week claiming police and state prosecutors violated his constitutional rights to anonymity and free speech.

We noted in a previous post that Rich's case has a number of parallels to our Legal Schnauzer story.

Rich claims law-enforcement officials “fabricated” a 2008 criminal case solely to uncover his identity for First Baptist Church. Rich started an anonymous blog, FBC Jax Watchdog, to voice his concerns about a number of issues at the church, particularly the money management of Pastor Mac Brunson. Law-enforcement officers initiated a criminal investigation, at the church's urging, and then turned over Rich's identity to church leaders.

The investigation turned up no criminal wrongdoing, but the church issued a trespassing warning against Rich and his wife.


The lawsuit also claims the Jacksonville Sheriff’s Office and State Attorney’s Office violated the First Amendment’s establishment clause by disclosing the blogger’s name to the downtown megachurch. Doing so amounted to taking sides in a religious dispute between the blogger, Thomas Rich, and the church, according the suit.

The suit does not name First Baptist as a defendant because only government agencies can be held accountable for the violation of citizens’ free speech rights, said Rich’s attorney, Michael Roberts.

The suit seeks damages of at least $15,000 — the minimum required to file a case in Duval County — for what it describes as the ongoing “emotional anguish, emotional distress, and loss of enjoyment of life” as a result of Rich and his wife being barred from the church they had attended for 20 years. The couple joined another Southern Baptist church as a result.

Church officials said they contacted law enforcement after mail was stolen from Brunson's home and a stalker took photos of Brunson's wife. No police reports were filed on those incidents, but the church said it wanted to know if the blog, letters, and photos were connected.


Rich said Monday he wanted to remain anonymous partly to keep the focus on the issues and he feared retribution.

The suit rejects police’s assertion the investigation was meant to protect the congregation’s safety.

“The criminal investigation was fabricated to create the illusion of legitimacy but was, in fact, a mere pretext for the disclosure” of Rich’s identity to the church, the lawsuit says.


These Jesus Liars and Criminals need to be banned from the USA!!! Down with Suthern Baptizts!! Maybe someone should tell this preying pastor, fleecing the flock, that his sins will find him out. 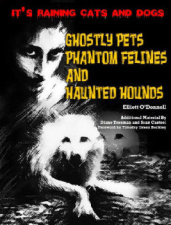