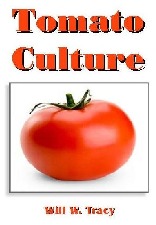 Israel To Outlaw Christian And Islamic Religions As "Threats To State"

Maybe the USA should do the same?

The FSB is reporting to Prime Minister Putin today that Israel’s right-wing foreign minister Avigdor Lieberman is preparing to put before Israeli lawmakers a shocking new law that would totally outlaw the religions of Christianity and Islam as “threats to the State of Israel” and forbidding anyone from practicing these faiths in any territory under Israeli occupation or rule.

Russian Foreign Ministry sources further state in these reports that Lieberman’s actions against the Christian and Islamic faiths are “wholly consistence” with his past statements, and which include:

In November 2006, Lieberman called for those Arab members of the Knesset which met with Hamas to be tried for treason.

In 2001, reports stated that he told a group of ambassadors from the Former Soviet Union that if Egypt and Israel were ever to face off militarily again, that Israel could bomb the Aswan Dam.

Stated that if it were up to him he would notify the Palestinian Authority that tomorrow at ten in the morning Israel would bomb all their places of business.

It is important to note that Lieberman was a loyalist follower of the Kach party of Rabbi Meir Kahane that was barred from participating in the Israeli election in 1988 under the revised Knesset Elections Law banning parties that incited racism, and declared a terrorist organization in 1994, but has recently gained new power by his helping the current Israeli Prime Minister, Benjamin Netanyahu, become Prime Minister of Israel. Also important to note about Lieberman is that Egyptian President Hosni Mubarak has banned him from ever entering Egypt for any purpose.

Not being understood by the American people about Israel, is that contrary to their belief that the Jewish state is a democracy, nothing could be further from the truth as it is a Nation established as a theocracy [a form of government in which a god or deity is recognized as the state's supreme civil ruler] for the benefit of only one religion and where both the Christian Bible and Islamic Koran have long been outlawed to be given to any Israeli citizen. Even worse, reports from the US state that to even to mention this fact in any of their universities is cause for immediate dismissal as the powerful Jewish philanthropies that support them have long threatened to cut off all funding should any negative fact about Israel be discussed.

This fact was firmly established in a landmark Israeli Supreme Court decision which ruled against a man who wanted to have his nationality registration changed from ‘Jewish’ to ‘Israeli’ saying: “There is no Israeli nation separate from the Jewish people.”

But, to the larger threat to the existence of Israel it was best stated by former Prime Minister Ariel Sharon who declared in a speech to Israel's National Security College on July 14, 2004 that “we must not ignore the demographics. It is impossible to maintain a Jewish and democratic country here, over the years, while ruling over millions of Palestinians in Judea, Samaria, and Gaza.”

And, in what can only be termed as one of the most ironic historical turn of events, in the former apartheid state of South Africa, the internationally respected Human Sciences Research Council of South Africa (HSRC) has released findings that Israel is practicing both colonialism and apartheid in the Occupied Palestinian Territories (OPT), and as we can read:

“The team found that Israel's laws and policies in the OPT fit the definition of apartheid in the International Convention on the Suppression and Punishment of the Crime of Apartheid. In brief, Israeli law defines the Jewish people as a distinct group with special rights and privileges.

These laws are then channeled into the OPT to convey privileges to Jewish settlers and disadvantage Palestinians on the basis of their identities, which function as racial identities in the sense provided by international law.

A policy of apartheid is especially indicated by the demarcation of geographic 'reserves' in the West Bank to which Palestinian residence is confined and which they cannot leave without a permit.

The system is very similar to the policy of 'Grand Apartheid' in South Africa, in which blacks were confined to black Homelands (Bantustans).”

Also important to note is that this is not the only controversy Israel is embroiled in with the International community as the veteran UN prosecutor of war crimes in Rwanda and former Yugoslavia, Richard Goldstone, has informed the Israeli government that his investigation into war crimes against them “will go ahead with or without Israel's cooperation”.

Israel is further antagonizing their most powerful ally by ignoring President Obama’s call for them to halt any further building on Palestinian land by defiantly announcing the construction of a new West Bank Jewish settlement.

Being lost, however, in the atrocious actions being done in the name of the Israeli’s by their right-wing government is that the current situation is intolerable to the majority of their common people too, and as best summarized by former US President Jimmy Carter who stated: “My honest opinion is that a strong majority of Israelis agree with me. Secondly, I believe a clear majority of American Jewish citizens agree with me that Israel must exchange Palestinian land for peace.”

But, to the greatest danger facing our World by the right-wing lunatics ruling over Israel we can see in massive military drills that are currently underway and which as described by the Jerusalem Post News Service is preparing for the defending of Israel itself against what their leaders believe will be an International Force led by the Americans sent to remove them from power. And, virtually unknown to the American people is that their own government is firing the first shots in this war by providing assistance to the government of Lebanon which is currently arresting all suspected Israeli spies and destroying their Jewish spy networks throughout the Middle East.

To the most ominous conclusion of these reports, though, is that the United States has “absolutely no choice” but to destroy Israel if it is going to survive as it is easier, and far cheaper, for them to defeat the Jewish state than it is to continuing their catastrophically expensive effort to subdue over 1 Billion Muslim peoples to their will as the battle for our World’s water, mineral and energy supplies accelerates, and which both Russia and China remain far ahead of the Americans.

One cannot expect the Israelis to go down without a fight….the Christian Bible calls it Armageddon, and it may be approaching us all much sooner than we think.