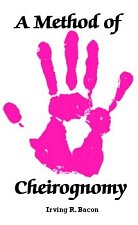 How long must the children suffer?

How long must the children suffer pedophelia abuse by Catholic and Protestant church?

A nine-year investigation into years of rapes, degradation and child beatings at Catholic Church-run reform schools for Ireland's abandoned children by the state published a damning report Wednesday. The 2,600-page report detailed the dirty little secret of yet more church-administered abuse of a tax-supported school system in a country grown weary of revelations about child molestation by priests. Vatican records that demonstrated church knowledge of pedophiles in their ranks go all the way back to the 1930s.

Catholic Religious Orders’ resisted assistance it was concluded, and that church officials shielded their Religious Orders' pedophiles from arrest amid a culture of self-serving secrecy in the five volume report on the probe.

Ireland's State Commission to Inquire Into Child Abuse concluded, "A climate of fear, created by pervasive, excessive and arbitrary punishment, permeated most of the institutions and all those run for boys. Children lived with the daily terror of not knowing where the next beating was coming from.”

Many, now adults in their 50-60s, solicited government for years for an official investigation. Unfortunately, despite all of the work by the state commission and the former abused children that the report, even though highly detailed, doesn’t give up the abusers by name.

Christine Buckley, 62, who spent the first 18 years of her life in a Dublin orphanage where children, she claimed, were forced to make rosaries, were humiliated, beaten and raped--whether they achieved their quota or not said, "I do genuinely believe that it would have been a further step towards our healing if our abusers had been named and shamed."

The Catholic Religious Orders that ran more than 50 prison workhouse-style reform schools from the late 19th century until the mid-1990s, offered belated public words of apology, regret and sorrow Wednesday. When questioned, Catholic Church leaders indicated they would continue to protect the identities of clergy accused of abusing these children. These men and women who were never reported to police, were instead permitted to change jobs and keep harming children.

Are the world’s governments too afraid of the Catholic Church’s wealth and power to address the obvious world-wide pedophile abuse?

Recently, even in our beloved southland, the ugly head of pedophilia, so well hidden and swept under the carpet by the leaders of the Roman Catholic Church world-wide, has surfaced even here.

Here is an article with reader comments from The Memphis Commercial Appeal that was published back in April.

A special judge Thursday indicated he may release sealed documents from a recently settled priest sex-abuse case, but only after some editing is done to protect alleged victims and priests with unsubstantiated charges.

Retired Circuit Court Judge Charles O. McPherson asked attorneys for the Catholic Diocese of Memphis and The Dominicans to submit their proposed edited versions of the depositions and pleadings by May 4 for his review. "As I think they say in the newspaper business, I'm going to take a blue pencil to it," said McPherson, meaning he will be the final arbiter of whose names are deleted and whose are released. "If I find no real reason a name should not to be revealed, I'm ruling it should be released. But if there's a case from 1956 and a priest was never charged and there's no proof, I don't think he should be subjected to public scrutiny."

The judge's remarks came after a two-hour hearing in which attorneys for The Commercial Appeal and the Memphis Daily News argued that a blanket protective order in the case since 2006 should be lifted because the documents are judicial records that should be open for public inspection.

One major study showed 10,667 claims by minors of sexual abuse by priests over the past 50 years, said attorney Richard Hollow of Knoxville, who is representing The Commercial Appeal.

"If that is not a public issue, then we would be hard-pressed to find one," said Hollow. "This issue has to have a public airing."

The newspapers sought access to the records after a $2 million settlement was reached in February in a sex-abuse case of a 14-year-old Memphis boy, identified only as John R. Doe, who was abused by Father Juan Carlos Duran in 2000.
The Catholic Diocese of Memphis and Duran's order, The Dominicans, agreed to the settlement, but with the understanding that the protective order sealing the Diocese's records of other abuse allegations going back decades would remain intact.

"There are allegations that have never been argued and never decided," said Diocesan attorney Marty Reagan. "We do not want to try this case in the media. There are names with these allegations, but we don't know if they're credible." 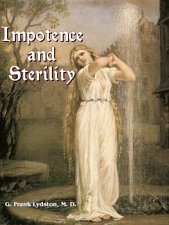