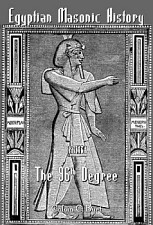 WWJD? According to Pat Robertson, Jesus Would Screw the Poor


Today, noted biblical scholars Neil Cavuto and Pat Robertson settled a complex theological question that has perplexed philosophers and religious thinkers for two millennia: Was Jesus a fan of big government? Or, more specifically, WWJD if confronted with a failing auto industry in the midst of a global economic meltdown?

Following a rigorous analysis of key biblical passages and an in-depth study of the New Testament's historical context, Cavuto and Robertson determine that it sure as hell wouldn’t be helping the poor!

Cavuto, brow furrowed: “You know Reverend ... you hear the argument from those espousing government intervention in companies like GM, and more stimulus ... is that this is the good and decent thing to do ... the humanitarian thing to do. Some even incorporate Jesus, to say: That’s what Jesus would do. Would He? Is Jesus a fan of big government?”

Shrunken, dried up Pat Robertson: “Ha Ha Ha ... no He wasn’t .. I don’t know that we had any situation like this in the Roman Empire ... But I do believe that Jesus said “You don’t prefer a poor person over a rich person, at all.” That’s the biblical standage. You give them all equal treatment.”

But ... wait. Cavuto seems confused: “Wasn’t it tougher for the rich guy to get into Heaven?”

Good point. There have been no instances of foul, piggish greed in this financial crisis.

Robertson, who was on the air shilling a book titled “Right on the Money: Financial Advice for Tough Times”, is, of course, part of the proud, uniquely American tradition of Evangelicals preaching greed, deregulation, unfettered capitalism, screwing the poor, etc. — as hallmarks of Christianity.