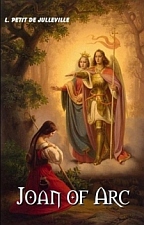 The INSANE crusade for a Christian military When Sergeant Jeffery Humphrey and his squad of nine men, part of the 1/26 Infantry of the 1st Infantry Division, were assigned to a Special Forces compound in Samarra, he thought they had drawn a dream duty. “Guarding Special Forces, it was like Christmas,” he says. In fact, it was spring, 2004; and although Humphrey was a combat veteran of Kosovo and Iraq, the men to whom he was detailed, the 10th Special Forces Group, were not interested in grunts like him. They would not say what they were doing, and they used code names. They called themselves “the Faith element.” But they did not talk religion, which was fine with Humphrey.

An evenhanded Indianan with a precise turn of mind, Humphrey considered himself a no-nonsense soldier. His first duty that Easter Sunday was to make sure the roof watch was in place: a machine gunner, a man in a mortar pit, a soldier with a SAW (an automatic rifle on a bipod), and another with a submachine gun on loan from Special Forces. Together with two Bradley Fighting Vehicles on the ground and snipers on another roof, the watch covered the perimeter of the compound, a former elementary school overlooking the Tigris River.

Early that morning, a unit from the 109th National Guard Infantry dropped off their morning chow. With it came a holiday special—a video of Mel Gibson’s The Passion of the Christ and a chaplain to sing the film’s praises, a gory cinematic sermon for an Easter at war. Humphrey ducked into the chow room to check it out. “It was the part where they’re killing Jesus, which is, I guess, pretty much the whole movie. Kind of turned my stomach.” He decided he’d rather burn trash.

He was returning from his first run to the garbage pit when the 109th came barreling back. Their five-ton—a supersized armored pickup—was rolling on rims, its tires flapping and spewing greasy black flames. “Came in on two wheels,” remembers one of Humphrey’s men, a machine gunner. On the ground behind it and in retreat before a furious crowd were more men from the 109th, laying down fire with their M-4s. Humphrey raced toward the five-ton as his roof shooters opened up, their big guns thumping above him. Later, when he climbed into the vehicle, the stink was overwhelming: of iron and gunpowder, blood and bullet casings. He reached down to grab a rifle, and his hand came up wet with brain.

Humphrey had been in Samarra for a month, and until that day his stay had been a quiet respite in one of the world’s oldest cities. Not long before, though, there had been a hint of trouble: a briefing in which his squad was warned that any soldier caught desecrating Islamic sites—Samarra is considered a holy city—would fall under “extreme penalty,” a category that can include a general court-martial and prison time. “I heard some guys were vandalizing mosques,” Humphrey says. “Spray-painting ’em with crosses.”

The rest of that Easter was spent under siege. Insurgents held off Bravo Company, which was called in to rescue the men in the compound. Ammunition ran low. A helicopter tried to drop more but missed. As dusk fell, the men prepared four Bradley Fighting Vehicles for a “run and gun” to draw fire away from the compound. Humphrey headed down from the roof to get a briefing. He found his lieutenant, John D. DeGiulio, with a couple of sergeants. They were snickering like schoolboys. They had commissioned the Special Forces interpreter, an Iraqi from Texas, to paint a legend across their Bradley’s armor, in giant red Arabic script.

“Jesus killed Mohammed,” one of the men told him. The soldiers guffawed. JESUS KILLED MOHAMMED was about to cruise into the Iraqi night.

The Bradley, a tracked “tank killer” armed with a cannon and missiles—to most eyes, indistinguishable from a tank itself—rolled out. The Iraqi interpreter took to the roof, bullhorn in hand. The sun was setting. Humphrey heard the keen of the call to prayer, then the crackle of the bullhorn with the interpreter answering—in Arabic, then in English for the troops, insulting the prophet. Humphrey’s men loved it. “They were young guys, you know?” says Humphrey. “They were scared.” A Special Forces officer stood next to the interpreter—“a big, tall, blond, grinning type,” says Humphrey.