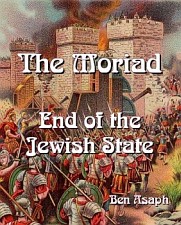 The face of fascism has changed in the years since, but its end goals remain the same: the establishment of a world run by a few wealthy individuals, with the bulk of the population forever enslaved by lack of opportunity, lack of ability, lack of knowledge and lack of ambition.

If you start to get this feeling of déjà vu, respect it.

This HAS happened before.

Ruthless, greedy industrialists whose only motivation is slaking their own thirst for more money, buying up politicians and taking control of a country by playing upon the hatreds of a manipulated electorate, using class warfare to win power.

The establishment of tighter and tighter restrictions on individual actions, taking away civil liberties to “protect the citizens” which eventually make the citizens unable to protect themselves.

Grabbing control of sources of information, then feeding people only that which benefits the rulers. Eventual elimination of the right to free speech, to debate, to openly challenge the government.

Media coverage of the “atrocities” being committed by “enemies of the State”—that is, anyone who opposes the government, providing public justification for arrests, round-ups, internments, imprisonments and death camps.

Smedley Butler, where are you when we need you?

Fascism—National Socialism—swept Europe in the late 1920s, starting in Italy with the rise of Mussolini. Wealthy industrialists, eager to increase their profits at any cost, funded the rise of the Fascists. Mussolini played upon the population’s fear of communism, attributing horrible crimes to the “red menace” to justify his organization’s elimination of civil liberties and seizure of complete control.

In the United States, a group of wealthy corporate executives tried to do the same in the mid-1930s, hoping to use disgruntled World War I veterans to overthrow Franklin Roosevelt and implement a fascist regime in the United States. But the man they recruited to lead the effort, Marine war hero Smedley D. Butler, blew the whistle on the scheme.

Members of Congress, many of whom were already on the payroll of the industrialists, swept Butler’s charges under the rug and the attempted coup d’ etat was never fully investigated.

In time, the Greatest Generation ended the quest by Hitler, Mussolini and their allies to dominate the world.

Or so we thought.

The face of fascism has changed in the years since, but its end goals remain the same: the establishment of a world run by a few wealthy individuals, with the bulk of the population forever enslaved by lack of opportunity, lack of ability, lack of knowledge and lack of ambition.

Fascism has retreated from focusing on hatreds of Jews and communism; in fact, Jews are now an integral part of the disinformation network and a full-blown socialist is the United States’ commander-in-chief. Communist China produces more products sold in the U.S. than does American industry, because greedy corporations have moved all their manufacturing there to save on labor costs.

The new fascism has its enemies to focus hatred upon, however: they call them “conservatives.” Conservatives are the new Enemies of the State, and the American people are told daily how evil they are.

The media has ignored revelations that the United States now has hundreds of internment camps with space for several MILLION people in them, laughing it off as “tin-foil hat conspiracy theory.” Likewise the news organizations ignore revelations that the U.S. military is training for urban combat in American cities—something it is expressly prohibited from doing.

And no one in the media has yet questioned the agreement struck by the Bush Administration that would allow the deployment of FOREIGN troops to U.S. cities to put down “domestic disturbances.”

Our national news media has readily joined the fascist movement and openly supports the propaganda effort. A madman who kills a guard at a Holocaust memorial, or the criminal action of three desperate Minutemen in Arizona, are advertised as “typical” conservative actions … while vicious hate crimes perpetrated by illegal aliens and gang members against law-abiding citizens go unremarked.

The fascists march en masse to protest “racism” when a noose shows up in a tree in a backwoods redneck town and their lapdogs in the media join in with wall-to-wall coverage--but say nothing when eight black gang members rape, torture and murder a young couple just because the couple was white.

The fascists learned their lesson from the first half of the 20th Century. Rather than take control first and then re-educate everyone, they took control of education first. Our children are taught to pray for Mother Earth, but not to God. They are taught to “celebrate diversity,” but most couldn’t tell you the name of their state song, much less sing it.

Our children are taught in public schools that it’s perfectly fine to embrace alternative lifestyles … but Mother Earth forbid that they actually engage in normal sexual behavior such as holding hands with the OPPOSITE sex, hugging or—worst offense of all—kissing. That’s harassment, and it’s illegal to harass anyone ... unless of course they’re conservatives.

The backers of modern fascism—the primary stockholders and officers of corporations from Wal-Mart to Exxon, Bank of America to The Home Depot, Microsoft to Sony—don’t care what political system is in place. The politicians they have bought and paid for protect them.

All they want is more riches, and while the current leftist administration and Congress makes a lot of noise about “taxing the rich,” remember always that one of the ways the rich got that way was their ability to make taxes trickle down. Raise taxes on Target, and Target will raise its prices and cut more workers—the consumer winds up paying the taxes in the end.

The face of fascism has changed. It is no longer brown-shirted thugs beating up Yiddish pawnbrokers and vast public meetings of people standing in neat, orderly rows with thousands of swastikas flying aloft.

Today, fascism is women in pink blockading Marine Corps recruiting stations, it is Hollywood actors leading rallies to end the Second Amendment, it is college campuses where independent thought is no longer allowed and it is television network anchors making crude sexual jokes about those who protest the government’s unconstitutional actions.

Totalitarianism is the looming fate of the United States. Only decisive intervention by our military can restore our government to its Constitutional limits at this point; there is no hope the electorate can change things, because corporations control the elections. And sadly, our military seems more and more to be enslaved by the fascist system.

We in Texas find ourselves in a unique circumstance. We’ve always been a little more independent than the other 49 states of the Union. We could survive on our own.

The Texas Nationalist movement will soon become an official political movement. This movement includes people of every political stripe, from evangelical conservatives to atheistic liberals to agnostic libertarians. Its one common goal--its only goal--is to help Texas re-take its place among the nations of the world as an independent Republic.

When a Texas Nationalist approaches you with a petition seeking ballot access, please sign it. We may not win election, but at least we will give Texas voters an option they have never had before: a chance to tell the two major parties that representative government should represent people, not fascist corporations. 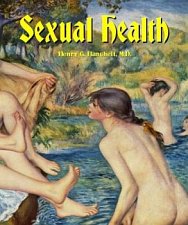