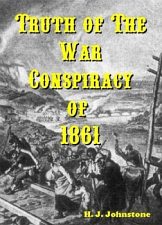 A Message from the Average Black Person

The next time you talk to a Black person you can feel comfortable in knowing that you have no clue what they think or feel based on their skin color.

To Whom It May Concern:

I write this letter on behalf of a lot of people that fall into the category of Average Black People. (Yes, I capitalize it, as if it were a title.) I do not claim to represent them because that would be absurd. I really, truly don't. I don't even represent my circle of friends. At any point in time one of my Black buddies will, in fact, tell me to go to hell when speaking on concepts of race, politics, or religion.

I do, however, qualify as an Average Black Person. I am neither a part of the Black intelligentsia, nor do I fall into the category of your garden-variety street Negro. A lot of folks see Black people in one of these two categories. Normally, let's be honest, it's the latter.

I do come from "the Hood." That's right. I am a born and bred Brooklynite raised in the middle of Bed-Stuy. If you aren't familiar with Bed-Stuy, perhaps you have never listened to gangster rap. You're probably also unfamiliar with Jay-Z, Biggie Smalls, or the thousands of songs that yell out "Brooklyn!" and then give a shout-out to Bed-Stuy. It's fine. Just understand that Bed-Stuy has a primarily negative connotation and for many years was used in boasts to gain respect or fear because it's an incredibly violent environment.

In other words, you could get shot, son.

Speaking of which, I am the son of a single mother. My father is in prison. My grandfather was a pastor and I grew up in the church. I, without shame, also enjoy fried chicken, watermelon, ribs, and orange soda. I can have an incredibly in-depth debate on the best five MCs ever. My credit isn't great and I've been shot.

With facts like this I qualify as a stereotypical Black person right?

But I am also a computer programmer. I've been known to quote Nietzsche. I, on occasion, host dinner parties where I serve five-course meals, including a specialty of mine, White Truffle Tilapia (it's delightful). I have the entire John Williams discography and wear a backpack that is emblazoned with the Thundercats insignia.

Those with one half of that story shake their head at the sheer mass of stereotypes I carry. Then those with the other half question if I even understand the Black experience at all. Some refer to me as someone who "made it out." I currently live in Crown Heights. Some say "You're not like the others." Most people I interact with are very similar to me.

I am an Average Black Person.

So, as an ABP, I have a few requests:

Media.
Please stop referring to blacks as a monolith. I can't possibly express to you the different types of Black people that exist. We neither move as an entity, nor do we move as three or four entities. For every Sharpton, there's a Steele. And for every Sharpton and Steele there are a hundred folks in the middle. What we share is a past, which on occasion helps shape our view on things. Also? Obama is not a unicorn. Please stop acting like Obama and his family are magical in the Black community. Just because some of you may not have seen a Negro like this doesn't mean they don't exist. Lots of smart black folk living with their smart mates and their cute smart kids. So please remember. Obama? Not a unicorn. Black people? Not one voice: I don't care what the supposed Black leaders try to claim.

Supposed Black Leaders.
Please stop speaking for us as if we were a monolith. This is not the 1960s. We don't need a Martin Luther King, Jr. or a Malcom X. You speak for yourselves and your view on what's happening. You also can't police black people. There isn't an us. Are there issues within the Black community? Absolutely, but it's not everybody as much as it is certain groups, most time classes that are in need of help and focus. Hence you can't speak for "Blacks." There are people who need your help and don't want you speaking for them. Oh, and for the love of all that is holy, could you please stop critiquing Obama simply to show you aren't drinking the kool-aid? I get it. You're sugar-free. Got it.

Critics Of Obama.
Hey, um...guess what Black people are not? A monolith. We are not holding Obama on a pedestal. Some critique him harshly (and personally I feel unjustly) and others love him. This is the case with every president. Obama is not the spokesperson for Black people. He is a symbol of hope. He is a symbol of opportunity in a land where opportunity for us seemed nonexistent. He's a symbol of a fight where people cried and died and sacrificed in order for the opportunity for him to exist. But his actions are his actions and have to be judged. Just not four months after he walked in the door with one of the worst clean up jobs in the countries history. You may critique him without critiquing Blacks' ability to critique him.

The hypocrisy of saying we are not One, and yet speaking for the exact group for which I just emphatically denied exists, is not lost on me. Perhaps there are Black people who absolutely want to be spoken for and referred to as if we were one big team. I acknowledge the possibility, but if this was the majority people like Dyson and Smiley would be way more important, and let's be honest: they aren't. I hope that my message is clear. After reading this, the next time you talk to a Black person you can feel comfortable in now knowing with every fiber of your being that you have no clue what they think or feel based on their skin color.

But if they're wearing a Soulja Boy shirt you may disregard this essay and judge them immediately. 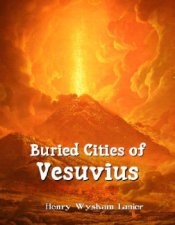