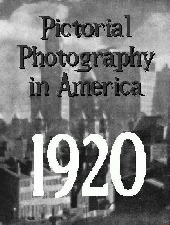 Any real effort on climate change will hurt. Start with the easy bits: war toys

What would we be doing now if we took ­climate change seriously? Last week the ­government ­released a ­report on the likely temperature changes in the UK. It shows that life at the end of this century will bear no relationship to life at the beginning. It should have dominated the news for days. But it was too far away, too remote from current problems, too big to see.

Over the past few months Lord ­Giddens, one of the architects of New Labour, has been touting the ­hypothesis that people are reluctant to act on ­climate change until it becomes ­visible to them, by which time it will be too late. This thought, which has been ­common currency within the environment movement for at least 20 years, has been christened by this shrinking violet the "Giddens Paradox". It ranks among his other major discoveries, like the Giddens Postulate (people wear fewer clothes when temperatures rise) and the Giddens Effect (the Earth goes round the Sun). But despite his outrageous expropriation, the point remains a valid one. We will resist taking radical action until we have no choice, whereupon it will have no effect.

Our resistance to change is not ­peculiar to environmental issues. Even when confronted by crisis, we try to stick to the script. As the coaching ­theorist David Rock and the research psychiatrist Jeffrey Schwartz note, just one in nine people who have had coronary bypass surgery take their ­doctor's advice to lose weight and ­exercise more. Part of the problem, they show, is that confronting change means making use of parts of the brain which require more energy to engage.

When you drive along familiar roads, for instance, the brain's basal ganglia function as a kind of autopilot, ­performing routine functions without the need for conscious thought. When you go abroad, and have to drive on the other side of the road, you must make use of the prefrontal cortex, which burns more energy than the basal ­ganglia. We perceive high levels of energy use much as we perceive pain. For good biological reasons we seek to avoid them. We engage with change only when we have to.

That's a horribly simplified account of some very complex processes, but you get the general idea. Change is pain, a change for the worse is double pain. We pretend it's not there, up to – often beyond – the point at which it starts hammering on the door.

So environmentalists seek to ­persuade us that we'll love the green transition. Downshifting, voluntary ­simplicity, alternative hedonism – whatever they call it, it's presented as a change for the better. A new green deal will save the planet, the workforce and the economy. Energy efficiency will ­protect the bottom line as well as the biosphere. A less frantic life will allow us to enjoy the small wonders that surround us.

There is both exaggeration and truth in all this, but effective action also involves a change for the worse: ­regulation, rationing, austerity, state spending. "Little by little," the Roman historian Livy wrote 2,000 years ago, "we have been brought into the present condition in which we are able neither to tolerate the evils from which we suffer, nor the remedies we need to cure them."

Everything we need to do has been made harder by debt. Net state debt now exceeds £700bn. The RBS and Lloyds shambles will add between £1 trillion and 1.5tn. National debt is likely to reach 150% of GDP next year: well beyond the point at which the IMF declares developing countries basket cases.

This introduces two environmental problems. The first is that there is no money left with which to fund a green new deal. The second is that we'll be able to pay off these debts only by resuming economic growth. Greenhouse gases grow because the economy grows. The UK's liabilities make the transition to a steady state economy, let alone a managed contraction, much harder to achieve. They appear to ­commit us to either growth or default for at least a generation. The debt crisis is an environmental disaster.

So we are left with only painful choices. We should be spending tens of billions a year to prevent climate ­breakdown, but how? Borrow the money and exacerbate the crisis? Raise taxes? Cut the health and education budgets? Any of the above would enhance public resistance to change. The least painful approach is to cut ­services that are of no use to anyone.

There are plenty of them. The prison building programme would yield a ­couple of hundred million a year if it were replaced with non-custodial schemes. The government could trim a billion or two from the Olympics budget without much tearing of cloth. The ­identity card scheme would be unmourned to the tune of half a billion a year. Nor would we be deafened by the gnashing of teeth if, as I suggested in May, the Department for Business, Enterprise and Regulatory Reform were scrapped, saving £1.8bn a year. But this is still the wrong order of magnitude. Scanning the government's departmental spending limits, one figure jumps out. It accounts for 12% of state spending; a bigger budget than any department has except health and schools. Of the £38bn this office spends every year, almost all is wasted.

To read the MoD's ­spending stats is to read the accounts of a lost world: a faraway land where threats and funds are unlimited. Its ­private finance initiative service charges (£1.3bn) exceed the entire budget of the ­department of energy and climate change. The ­department for international ­development could be funded twice over from the MoD's budget for ­capital charges and depreciation (£9.6bn). Property management sucks up £1.5bn a year, consultants and lawyers £470m, bullets, bombs and the like, £650m.

What does it give us? Our wars make us less safe. We would be better protected from terrorism and global instability if the UK's armed forces stopped going abroad to make trouble. No one in office can produce a coherent account of why this money is needed: the ­ministry's budget is sustained by the greed of contractors and nostalgia for imperium long passed. We could cut defence spending by 90% and ­suffer no loss to our national security. Instead, the MoD has just dropped its spending on climate change research. This accounted for a quarter of the Met Office's climate programme.

The last time we faced a crisis on the scale of the global climate crash, the rational solution was to build tanks. Now the rational, least painful solution is to stop building tanks, and use the money to address a real threat. 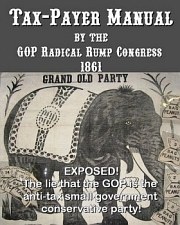