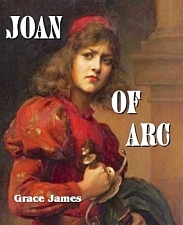 Gun Control: What is the Agenda?

-- -Some years or decades ago I researched and reported on the Sullivan Act, one of America’s first gun control laws.


New York state senator Timothy Sullivan, a corrupt Tammany Hall politician, represented New York’s Red Hook district. Commercial travelers passing through the district would be relieved of their valuables by armed robbers. In order to protect themselves and their property, travelers armed themselves. This raised the risk of, and reduced the profit from, robbery. Sullivan’s outlaw constituents demanded that Sullivan introduce a law that would prohibit concealed carry of pistols, blackjacks, and daggers, thus reducing the risk to robbers from armed victims.

The criminals, of course, were already breaking the law and had no intention of being deterred by the Sullivan Act from their business activity of armed robbery. Thus, the effect of the Sullivan Act was precisely what the criminals intended. It made their life of crime easier.

As the first successful gun control advocates were criminals, I have often wondered what agenda lies behind the well-organized and propagandistic gun control organizations and their donors and sponsors in the US today. The propaganda issued by these organizations consists of transparent lies.

Consider the propagandistic term, “gun violence,” popularized by gun control advocates. This is a form of reification by which inanimate objects are imbued with the ability to act and to commit violence. Guns, of course, cannot be violent in themselves. Violence comes from people who use guns and a variety of other weapons, including fists, to commit violence.

Very few children are killed by firearm accidents compared to other causes of child deaths. Yet, gun control advocates have created the false impression that there is a national epidemic in accidental firearm deaths of children. In fact, the National MCH Center for Child Death Review, an organization that monitors causes of child deaths, reports that seven times more children die from drowning and five times more from suffocation than from firearm accidents. http://www.childdeathreview.org/causesAF.htm Yet we don’t hear of “drowning violence,” “swimming pool violence,” “bathtub violence,” or “suffocation violence.”

In 2006 violence-related firearm deaths of eighteen year olds and under totaled 2,191. A large percentage of these deaths appear to be teenagers fighting over drug turf.

According to the White House Office of National Drug Control Policy, drugs are “one of the main factors leading to the total number of all homicides. . . . murders related to narcotics still rank as the fourth most documented murder circumstance out of 24 possible categories.” http://www.whitehousedrugpolicy.gov/publications/factsht/crime/index.html

According to the National Drug Control Policy, trafficking in illicit drugs is associated with the commission of violent crimes for the following reasons: “competition for drug markets and customers, disputes and rip-offs among individuals involved in the illegal drug market, [and] the tendency toward violence of individuals who participate in drug trafficking.” Another dimension of drug-related crime is “committing an offense to obtain money (or goods to sell to get money) to support drug use.”

Obviously, decriminalizing drugs would be the greatest single factor in reducing incarceration rates, the crime rate, and the homicide rate. Yet, gun control advocates do not support this obvious solution to “gun violence.”

Those who want to outlaw guns have not explained why it would be any more effective than outlawing drugs, alcohol, robbery, rape, and murder. All the crimes for which guns are used are already illegal, and they keep on occurring, just as they did before guns existed.

There are careful studies that conclude that armed citizens prevent one to two million crimes every year. Other studies show that in-home robberies, rapes, and assaults occur more frequently in jurisdictions that suffer from gun control ordinances. Other studies show that most states with right-to-carry laws have experienced a drop in crimes against persons.

Why do gun control advocates want to increase the crime rate in the US?

Why is the gun control agenda a propagandistic one draped in lies?

The NRA is the largest and best known organization among the defenders of the Second Amendment. Yet, a case might be made that manufacturers’ gun advertisements in the NRA’s magazines stoke the hysteria of gun control advocates.

Full page ads offering civilian versions of weapons used by “America’s elite warriors” in US Special Operations Command, SWAT, and by covert agents “who work in a dark world most of us can’t even understand,” are likely to scare the pants off people who are afraid of guns.

Many of the modern weapons are ugly as sin. Their appearance is threatening, unlike the beautiful lines of a Winchester lever action or single shot rifle, or a Colt single action revolver, or the WW II 45 caliber semi-automatic pistol, guns that do not have menacing appearances. Everyone knows that they are guns, but they are also works of art.

A little advertising discretion might go a long way in quieting fears that are manipulated by gun control advocates.

The same goes for hunters. Recent news reports of “hunters” slaughtering wolves from airplanes in Alaska and of a hunter, indeed, a poacher, who shot a protected rare wolf in the US Southwest and left the dead animal in the road, enrage people who have empathy with animals and wildlife. Many Americans have had such bad experiences with their fellow citizens that they regard their dogs and cats, and wildlife, as more intelligent and nobel life forms than humans. Wild animals can be dangerous, but they are not evil.

Americans with empathy for animals are horrified by the television program that depicts hunters killing beautiful animals and the joy hunters experience in “harvesting” their prey. Many believe that a person who enjoys killing a deer because he has a marvelous rack of antlers might enjoy killing a person.

This is not a screed against hunters. There are many families with the tradition of bringing in the venison once or twice a year. With the near extermination by man of deer predators, deer are so abundant in many localities as to have become a nuisance and a danger to motorists. Nevertheless, the defense of gun rights has little to gain from TV programs depicting the fun of killing Bambi’s mother.

In the US, shooting is a hand-eye coordination sport. It is likely that 99% of all ammunition is fired at paper targets, metal silhouettes, or clay and plastic discs. It is a sport for amateur physicists who are interested in ballistics and who experiment with different combinations of powder and bullet seeking the most accurate for their rifle or pistol. Few of these shooters hunt as their interest in shooting is unrelated to killing.

Shooting is a sport that offers comradeship and competition in which even old people can participate, people who do not or cannot play golf or tennis or bowl. There is a vast variety of events from black powder muskets to antique military and frontier weapons to distance shooting.

Sports shooters punching holes in paper targets comprise the vast majority of active gun owners. They are a threat to no one. Accidents are extremely rare at gun clubs. A large network of small businesses provide the parts and supplies necessary for shooting. There is no reason to strip gun owners of their hobby and possessions and family businesses of their livelihood, as has been done in Great Britain and as the gun control lobby intends to do in the US.

The NRA is correct to insist that “when guns are outlawed, only outlaws will have guns.” We have known this since the Sullivan Act.