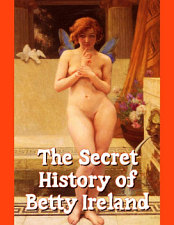 Sex and the Church

It appears as if there are no devils in Hell — they are all in the Church.


And deviant sex has nearly everything to do with it — child sex molestation, sodomy and pornography. Allegations of child sexual molestation against a priest, prosecution of a preacher over pornography, and priests and nuns’ confessions of adultery and breaking of celibacy vows have awakened the country to the realisation the standing of the Church is in a shambles.

It is becoming clear that some priests prey on children with abandon. They engage in sex escapades that are the province of the brothel and the biblical Sodom and Gomorrah.

Priests, pastors and evangelists go further: They record such actions in video and use the pornographic materials to entice others of equal depravity. Nuns tell harrowing stories of lesbianism in monasteries, sex with priests and even abortions.

There is no doubt that the vice that has afflicted the Church elsewhere in the world has caught up with Kenya. In the US, Ireland and Argentina, among others, the Catholic Church has had to investigate priests over allegations of sexually molesting children. And the findings have been ominous.

The culprits have either been transferred or defrocked. The Church has paid victims so that the crimes are not reported to the police. In one case in San Diego, US, a victim of sex abuse was paid $100,000 (Sh7.6 million).

African Anglican clergy have threatened to sever relations with the Church of England over ordination of gay clerics.

Pope Benedict XVI has apologised for and condemned the crimes during his trips to the affected parts of the world. During a recent tour of Australia, he said: "It is essential for the Church to reconcile, to prevent, to help and to see guilt in this problem. It must be clear that being a real priest is incompatible with this (sexual abuse) because priests are in the service of our Lord."

Incidentally, the apparent rise in sexual molestation coincides with the Pope’s proclamation of the period between June 16 and 19, next year, as the ‘Special Year of Priests’. And the Catholic Church in Kenya has taken the cue.

In a Kenya Episcopal Conference communication to priests, John Cardinal Njue explains the prayer session is meant to be "a year during which we can discover a new beauty and importance of the priesthood and each priest".

Coincidentally, sexual molestation has reportedly peaked in the Church at a time controversial Zambian prelate, Emmanuel Milingo, was in the country to ordain priests who want to marry. Milingo married a Korean woman, Maria Sung in 2001.

Today, Milingo leads the Married Priests Now! Movement. On Thursday, he presided over the ordination of Father Daniel Kasomo of Machakos as Kenya’s bishop of his splinter group. Kasomo told priests: "If you cannot do without it, please get married."

But Church leaders have condemned the vices and those who commit them.

Cardinal Njue dismisses any link between celibacy and child sexual molestation. Through his secretary and spokesperson, Father Calisto Nyagilo, the Cardinal says child defilers are psychopaths who have "absolutely nothing to do with celibacy".

"The Catholic Church does not condone paedophilic or criminal acts. However, the Church is made up of individuals and designed by and for human beings," said Nyagilo.

He says the Church does not protect individuals suspected of criminal acts. He cites Canon 22 of the Catholic Priesthood, "which allows the State to investigate and prosecute crime suspects".

But he is irked by the blanket judgement of the entire Church and priests.

The Reverend David Oginde of the Kenya Church concurs: "When it comes to moral issues, it is a matter of individual responsibility. And when failure sets in, it is wrong to generalise the gravity of the situation."

Noting that some of the latest suspects "are from the religious quarters", Oginde says some may be victims of individual or institutional weaknesses "within Church structures".

The National Council of Churches of Kenya (NCCK) General Secretary Canon Peter Karanja is worried. He says cases that touch on the "men of God" are sensitive because high moral behaviour is expected of them.

"However, crime is crime, abuse is abuse and nobody is immune to scrutiny. The dignity of the Church must be protected," he says.

But the matter is a hot potato for the Anglican Archbishop Eliud Wabukala. He declined to comment: "If I were to share my personal views, anything I say will be construed to be the official stand of the Anglican Church."

Karanja attributes the apparent rise of reporting of sodomy cases to a vigilant media.

While lauding the media for making known the instances of child sexual molestation, Karanja is concerned about treatment of the reports.

"We hope that when individuals are mentioned, the media will investigate before subjecting suspects to the public court," he said. 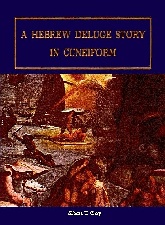