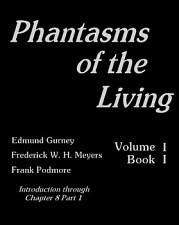 How to Survive a Sex Scandal in South Carolina

HOW TO SURVIVE A SCANDAL IN SOUTH CAROLINA.... Mark Sanford clearly made a bad decision last month when he left the country for a week, without telling anyone, to spend time with his mistress. Things got worse when he returned, and acknowledged his adulterous affair during a bizarre press conference. Things got even worse when he acknowledged having "crossed lines" with other women, had to pay back taxpayer money he'd used to fly to Argentina, and began calling his mistress his "soul mate."

And things got even worse still when prominent South Carolinians began questioning whether the governor is mentally sound.

But that was last week. This week, Sanford seems to have convinced Republicans to let him stick around.

The South Carolina Republican Party voted to censure Gov. Mark Sanford Monday -- rather than call for his resignation -- an outcome that makes it likely the GOP governor will be able to weather the storm surrounding his extramarital affair and remain in office.

The vote of the state GOP executive committee took place late Monday night following a nearly four-hour-long conference call and three rounds of ballots aimed at getting a majority of the committee to either censure, support or ask the governor to resign.

The censure finally agreed to by the committee called the governor's behavior a breach of "the public's trust and confidence in his ability to effectively perform the duties of his office."

Sanford was also criticized by the committee for failing to adhere to the "core principles and beliefs" of the Republican Party, though the censure noted that "barring further revelation" Monday's action would be "the party's last word on the matter."

The final vote was 22 to censure, 10 calling for resignation and 9 supporting the governor.

The party chair said in a statement that "now is the time for healing," which is apparently a subtle way of saying, "We're going to stop calling for his resignation." Indeed, the Politico reported that the party's censure vote -- which has no practical meaning and is effectively a rhetorical slap on the wrist -- may ensure Sanford's "outright political survival."

It's not quite the course of action I expected. In fact, just last week, most of the Republicans in the South Carolina Senate were on record asking Sanford to resign, as was the state party chair, who called for the governor's resignation (twice).

I suppose the moral of the story is, wait. When officials demand your ouster, say, "No." When they demand it again, say "no" again. Eventually, you might get impeached, but it's just as likely, if not more so, that your critics will get bored and move on.

Eliot Spitzer has to be kicking himself right now for resigning so quickly. 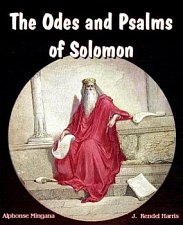