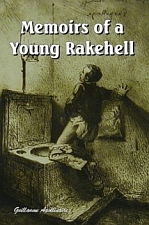 In Search of Dignity

When George Washington was a young man, he copied out a list of 110 “Rules of Civility and Decent Behavior in Company and Conversation.” Some of the rules in his list dealt with the niceties of going to a dinner party or meeting somebody on the street.

“Lean not upon anyone,” was one of the rules. “Read no letter, books or papers in company,” was another. “If any one come to speak to you while you are sitting, stand up,” was a third.

But, as the biographer Richard Brookhiser has noted, these rules, which Washington derived from a 16th-century guidebook, were not just etiquette tips. They were designed to improve inner morals by shaping the outward man. Washington took them very seriously. He worked hard to follow them. Throughout his life, he remained acutely conscious of his own rectitude.

In so doing, he turned himself into a new kind of hero. He wasn’t primarily a military hero or a political hero. As the historian Gordon Wood has written, “Washington became a great man and was acclaimed as a classical hero because of the way he conducted himself during times of temptation. It was his moral character that set him off from other men.”

Washington absorbed, and later came to personify what you might call the dignity code. The code was based on the same premise as the nation’s Constitution — that human beings are flawed creatures who live in constant peril of falling into disasters caused by their own passions. Artificial systems have to be created to balance and restrain their desires.

Remnants of the dignity code lasted for decades. For most of American history, politicians did not publicly campaign for president. It was thought that the act of publicly promoting oneself was ruinously corrupting. For most of American history, memoirists passed over the intimacies of private life. Even in the 19th century, people were appalled that journalists might pollute a wedding by covering it in the press.

But the dignity code itself has been completely obliterated. The rules that guided Washington and generations of people after him are simply gone.

We can all list the causes of its demise. First, there is capitalism. We are all encouraged to become managers of our own brand, to do self-promoting end zone dances to broadcast our own talents. Second, there is the cult of naturalism. We are all encouraged to discard artifice and repression and to instead liberate our own feelings. Third, there is charismatic evangelism with its penchant for public confession. Fourth, there is radical egalitarianism and its hostility to aristocratic manners.

The old dignity code has not survived modern life. The costs of its demise are there for all to see. Every week there are new scandals featuring people who simply do not know how to act. For example, during the first few weeks of summer, three stories have dominated public conversation, and each one exemplifies another branch of indignity.

First, there was Mark Sanford’s press conference. Here was a guy utterly lacking in any sense of reticence, who was given to rambling self-exposure even in his moment of disgrace. Then there was the death of Michael Jackson and the discussion of his life. Here was a guy who was apparently untouched by any pressure to live according to the rules and restraints of adulthood. Then there was Sarah Palin’s press conference. Here was a woman who aspires to a high public role but is unfamiliar with the traits of equipoise and constancy, which are the sources of authority and trust.

In each of these events, one sees people who simply have no social norms to guide them as they try to navigate the currents of their own passions.

Americans still admire dignity. But the word has become unmoored from any larger set of rules or ethical system.

But it’s not right to end on a note of cultural pessimism because there is the fact of President Obama. Whatever policy differences people may have with him, we can all agree that he exemplifies reticence, dispassion and the other traits associated with dignity. The cultural effects of his presidency are not yet clear, but they may surpass his policy impact. He may revitalize the concept of dignity for a new generation and embody a new set of rules for self-mastery. 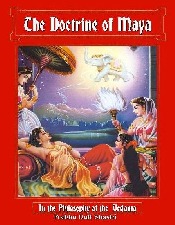