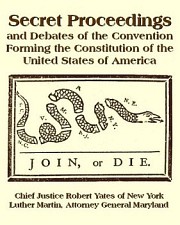 We must not preserve the myth of God - it was a useful crutch, but we've outgrown it

The folly of pretence

The question: Should we believe in belief?

As I explain in the chapter by that title in Breaking the Spell, "belief in belief" is a common phenomenon not restricted to religions. Economists realise that a sound currency depends on people believing that the currency is sound, and scientists recognise that the actual objectivity of scientific studies on global warming is politically impotent unless people believe in that objectivity, so economists and scientists (among others) take steps to foster and protect such beliefs that they think are benign. That's acting on belief in belief.

Sometimes the maintenance of a belief is deemed so important that impressive systems of propaganda are erected and vigorously defended by people who do not in fact share the belief that they think is so important for society to endorse. For instance, imbecile monarchs have been kept on their thrones by widespread conspiracies of oblivion and deception when it has been deemed too socially disruptive to confirm to the populace what everybody suspects: the king is an idiot.

Religion offers an extreme case of this. Today one of the most insistent forces arrayed in opposition to us vocal atheists is the "I'm an atheist but" crowd, who publicly deplore our "hostility", our "rudeness" (which is actually just candour), while privately admitting that we're right. They don't themselves believe in God, but they certainly do believe in belief in God. It's not always easy to tell who just believes in belief, since the actions motivated by believing in belief (while not actually believing in God) are – with the exception of those rare sotto voce confessions – well-nigh indistinguishable from the actions of genuine believers: say the prayers, sing the hymns, tithe, proclaim one's allegiance, volunteer for church projects, and so on. Sometimes I wonder if even 10% of the people who proclaim their belief in God actually do believe in God. I am particularly unimpressed by those who proclaim the loudest; they demonstrate by their very activism that they fear the effect of any erosion of religion, and they must think that erosion is likely if they don't put their shoulders to the wheel. If they were more confident and secure in their religious convictions, they probably wouldn't waste their time trying to discredit a few atheists. For instance, since they are confident that the moon landings really happened, they don't bother working to discredit the moon-landing sceptics who lurk on the internet, even though those people do pose something of a threat to public confidence in the veracity of the media and the government.

I am confident that those who believe in belief are wrong. That is, we no more need to preserve the myth of God in order to preserve a just and stable society than we needed to cling to the Gold Standard to keep our currency sound. It was a useful crutch, but we've outgrown it. Denmark, according to a recent study, is the sanest, healthiest, happiest, most crime-free nation in the world, and by and large the Danes simply ignore the God issue. We should certainly hope that those who believe in belief are wrong, because belief is waning fast, and the props are beginning to buckle.

A national study by evangelicals in the United States predicted that only 4% of their children would grow up to be "Bible-believing" adults. The Southern Baptists are baptising about as many today as they were in 1950, when the population was half what it is today. At what point should those who just believe in belief throw in the towel and stop trying to get their children and neighbours to cling to what they themselves no longer need? How about now? 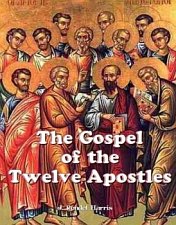 Main Article Page
We must not preserve the myth of God - it was a useful crutch, but we've outgrown it
http://www.hiddenmysteries.net/newz/article.php/20090720024541903