The cast of the 44 arrested featured Hoboken, New Jersey, Mayor Peter Cammarano, who took office three weeks ago in the industrial city visible across the Hudson River from New York.

"New Jersey's corruption problem is one of the worst, if not the worst, in the nation," said Ed Kahrer, assistant special agent in charge of the FBI's white collar crime and public corruption program in New Jersey, who has worked on the investigation since it began in July 1999.

"It has become ingrained in New Jersey's political culture," he said, calling corruption "a cancer."

Central to the investigation was an informant who was charged with bank fraud in 2006 and posed undercover as a real estate developer and owner of a tile business who paid off officials to win project approval and public contracts in northern New Jersey, according to documents in the case.

The public officials stand accused of taking bribes for pledging their help getting permits and projects prioritized and approved or steering contracts to the witness.

In scenes that could have been lifted from the hit TV series "The Sopranos," about New Jersey organized crime, they met in diners, parking lots, even bathrooms, officials said.

"The politicians willingly put themselves up for sale," said Acting U.S. Attorney Ralph Marra. "The victims are the average citizens and the honest business people in this state. They don't have a chance in this culture of corruption."

The public corruption uncovered by the informant led him to the separate money-laundering network by rabbis who operated between Brooklyn, Deal, New Jersey, and Israel, authorities said. They laundered some $3 million for the undercover witness between June 2007 and July 2009, authorities said.

The probe also uncovered Levy Izhak Rosenbaum of Brooklyn, who is accused of conspiring to broker the sale of a human kidney for a transplant. According to the complaint, Rosenbaum said he had been brokering sale of kidneys for 10 years.

Several of the public officials were accused of taking bribes of just $10,000, authorities said. Cammarano, at 31 the youngest ever mayor of Hoboken, was charged with taking $25,000 in bribes, including $10,000 last Thursday.

Most of those accused were arrested in a sweep across New Jersey by more than 300 federal agents early on Thursday and were slated to appear in court in Newark throughout the day.

The first 12 of the defendants, including Cammarano, appeared shackled before U.S. Magistrate Judge Madeline Cox Arleo. Cammarano rocked back and forth in his chair but betrayed no emotion. 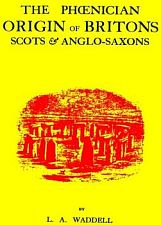