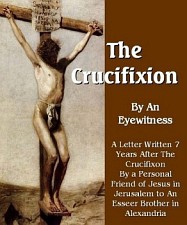 Questions are emerging about the Catholic Church's handling of the case of a Newcastle priest who pleaded guilty to 29 child sex charges last month.

A Sydney judge is preparing sentencing in the case of John Sidney Denham, who was a priest for decades before his first conviction for abusing children in 2000.

One of Denham's victims says that even though the priest was handed a suspended sentence, the church allowed him back.

Victims' rights groups say that until a couple of years ago Denham was on a reserve list for priests and on at least one occasion was allowed to deliver a sermon.

In 1979, Tim, as he would prefer to be known, was molested by his school teacher Denham.

Tim says the assault, at a school in Newcastle, was brushed under the carpet.

"Denham was then moved on to another school, which appeared to be the norm for this era," he said.

"They basically relocate the problem and allow the abuse to continue elsewhere."

In 2000, Denham was given a two-year suspended sentence for assault.

Tim expected the church would finally expel the man who harmed him, but he was shocked to discover Denham was still an active member of the church.

"I was in disbelief," he said.

"In November of 2005 ... I was contacted by a detective sergeant and he was investigating a further abuse case involving Denham and he mentioned the fact that the conviction of Denham back in 2000 was not on their police file.

"I advised him of the conviction and he also said that he had received reports that Denham was on relief duties and that he was practising still in and around a children environment."

These occurred at a different school.

The head of the Newcastle Diocese, Bishop Michael Malone, has denied the church allowed Denham to preach part time after his 2000 conviction.

"The only thing that he had done, he had a position with the missionaries of the Sacred Heart at Kensington and he was a librarian person there," he said.

"It was around Easter time and he just ... felt the need to do something about that then."

Bishop Malone says Denham's indecent behaviour was known in the 1980s by at least one priest, but the diocese did not communicate the information to the school.

"In 1986 when he went to Waverley the previous bishop of the diocese, Bishop Leo Clarke, had informally suspended him from the priesthood and John Denham went of his own volition to the Christian Brothers School at Waverley," he said.

"He applied for a position and was successful in getting that position. There was no attempt by the school to contact him to find out about John's propensities."

Broken Rites head Dr Bernard Barrett says Denham should have been banned from carrying out any activities at the church and as a librarian at the Sacred Hearts mission he would have been exposed to children.

"The conviction in 2000 did not get into the media because no reporters were present in the court, so all these former parishioners in Newcastle and Maitland didn't know about it and nor did his colleagues and parishioners in Sydney," he said.

"The church kept using him in Sydney as a priest. He was a relieving priest in Sydney after the 2000 conviction.

"It was only about five years later, around about 2005 I think, when one of his Newcastle victims, or maybe it was a Waverley victim, realised that he was still working as a priest on Sundays."

Dr Barrett claims the church has not changed its ways and even now, in the year 2009, it is not prepared to actively expose members of its priesthood.

The church denies this.