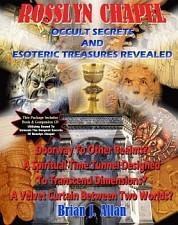 Sodini's final reading: a book by sexist Fundamentalist who claimed husbands own their wives, as property

As George Sodini wrote on December 29, 2008, "Just got back from tanning, been doing this for a while. No gym today, my elbow is sore again. I actually look good. I dress good, am clean-shaven, bathe, touch of cologne - yet 30 million women rejected me - over an 18 or 25-year period."

On Tuesday August 4th, 2009, computer systems analyst Sodini walked into a Pittsburgh gym, pulled guns out of a duffle bag, turned off the lights, and sprayed bullets into a LA Fitness Center woman's aerobics class of roughly thirty, killing three. The leader of the class, who had just announced that she was pregnant, was wounded along with at least eight others, some of whom were shot multiple times.

Media analysis has so far ignored or glossed over Sodini's religious affiliations but the shooter's Internet diary suggest his last readings were the Bible and a book by a Texas evangelist, R.B. Thieme, Jr. who has written that husbands own their wives, as literal property and promoted an odd teaching that for each man on Earth there exists only one correct "right woman" in all creation.

After perpetrating the massacre, Sodini committed suicide. He left behind chilling weblog entries outlining his intended plan. According to forensic psychologists such as former FBI agent and ABC News consultant Brad Garrett, Sodini fit a classic "shooter" profile. Garrett told ABC that Sodini, "spends a lot of time in his blog talking about how he was mistreated as a child. He felt he went through life feeling no one cared for him, loved him or nurtured him. As he got older, he likely isolated himself more and more and was able to justify his disturbing behavior. His perceived rejection justifies his actions."

George Sodini's weblog lays considerable blame for his self-admitted psychological problems on the Pittsburgh-based Tetelestai Church which by his account Sodini attended for 13 years, up through 2006. The pastor of Tetelestai, James R. Knapp, is one of a few luminaries in the small fundamentalist universe under the sway of Texas evangelist and prolific author R.B. Thieme, Jr. -- a retired US Air Force Colonel known to wear his old military uniform while giving sermons who has been accused of cultic and authoritarian practices and wrote doctrine asserting that "[a] married woman is the property of the man she marries."

Sodini broke with Tetelestai in 2006 but his weblog writings indicate that he recently held considerable anger towards the church. As George Sodini wrote December 31, 2008,

" "Be Ye Holy, even as I have been Ye holy! Thus saith the lord thy God!", as pastor Rick Knapp would proclaim. Holy shit, religion is a waste. But this guy teaches (and convinced me) you can commit mass murder then still go to heaven.... guilt and fear kept me there 13 long years until Nov 2006. I think his crap did the most damage."


In his final weblog entry on August 3rd, 2009, written before carrying out the LA Fitness Center slaughter, Sodini wrote, "I was reading the Bible and The Integrity of God beginning yesterday, because soon I will see them." The Integrity of God was a privately published book by R.B. Thieme, Jr. and the apparent reference suggests that while George Sodini was estranged from the Tetelestai Church he was still under the influence of Thieme's writing, which may have exacerbated Sodini's social maladjustment and inability to meet women because of an extreme, idealistic doctrine Thieme espoused known as "right man/right woman".

According to R.B. Thieme Jr.'s Right Man/Right Woman doctrine, "there is only one right man for one right woman and vice versa, 1 Cor 7:2-4." Thieme's doctrine was decidedly male-centric: "The husband is the authority in marriage". It also suggested women civilize savage males: "God protects women from tyranny by the training of the little boy by his mother. His mother teaches the man respect for womanhood, and keeps him from becoming an animal." Thieme wrote that, "God always brings the right woman to the right man.... [ Bible] Doctrine is your right woman until God leads her to you." [ emphasis by R.B. Thieme, Jr. ]

Thieme also declared that "Bitchiness in a woman is an indication of the wrong woman," and his doctrine claimed that prospective "right men" could intuit their respective "right women" through something Thieme termed a "soul climax." But, pastor Thieme emphasized, "Sex before marriage destroys your capacity to have a soul climax."

George Sodini complained of never having slept a night next to a woman for over two decades, and so a maxim from R.B. Thieme, Jr.'s "Doctrine of Adultery" [ Word Document of Thieme doctrine ] may have been especially depressing: "People who are losers in life are losers in marriage... Losers are not people who fail but people who do nothing about their failures." Sodini specifically noted in the heading of his weblog diary, "Never married".

In a July 20th, 2009 entry, less than two weeks before he shot a hail of bullets into an exercise class of women and then turned his gun on himself, George Sodini wrote,


"I guess some of us were simply meant to walk a lonely path. I have slept alone for over 20 years. Last time I slept all night with a girlfriend it was 1982. Proof I am a total malfunction. Girls and women don't even give me a second look ANYWHERE. There is something BLATANTLY wrong with me that NO goddam person will tell me what it is...


I can just start being self-righteous and say I live a good, clean life. I am holy, that's all Rick Knapp stuff."


An August 6th ABC News story reveals that Sodini might have been willing to reconsider his plans to attack the LA Fitness Center if he had been able to meet women :


"At the gym I saw a woman I like. I see her at the park and ride sometimes, so she isn't a stranger. Occationaly [sic] she makes good eye contact and smiles, etc. She is maybe 40ish, and attractive to me," Sodini wrote on his blog and then hid from public view with a veil of computer code.


"I made brief conversation to her and a younger woman she was with today. To get a friend like her (and for night time action) I would cancel this plan, or put on hold, at least for a while."


For such a deeply socially estranged man did R.B. Thieme Jr.'s teachings, which saddle male-female relations with almost impossibly idealistic expectations, exacerbate preexisting socio-sexual alienation to the point where George Sodini felt unable to relate to the female sex in any other manner than down the barrel of a loaded gun ? 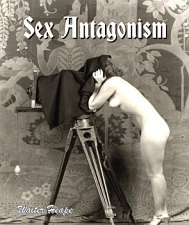