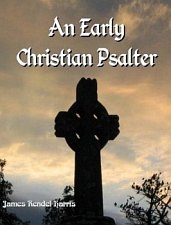 Pristina, the capital of an Anglo created Islamic Jihadist state, which of course it is never sold as, is a true show case for what any Christian nation has to face if and when its majority falls from power. This of course is nothing new for our ancient ancestors who witnessed this and knew why they fought against Islam.

Unfortunately, the present day West, decadent in its form, ignorant in its self love, intellectually bankrupt and lazy, refuses to see the hell they have forced on Orthodox Christian victims and that they themselves soon face.

In Pristina, the show case of "tolerant" Islam and the Anglo-Sphere/UN enablers, one can find many historic Christian churches, in a city that was built by Christian Serbs over 1,200 years ago. Unfortunately they have all been blown up or burnt down.

In Pristina, one can find ancient Christian neighborhoods, belonging to the people who built the city and are now the ghettoized minorities who inhabit them. The look on their faces is that of fear, fear of their "merciful" and "tolerant" overlords. Anglos, this is your future, the present Hell you so willingly inflict on your Christian brothers and sisters as you give God the finger.

In Pristina's few remaining Orthodox neighborhoods and the various tiny towns and villages of Christian faith, are surrounded by wire and fences, the only way to keep the savages...er...moderate Islamics from murdering everyone in them. NATO, who created this monster of Islam, who birthed it with the Saudi father, breast fed it, protected it and allowed it to grow, on the bones and blood of Christians, is now protecting the remnants of those Christians from it's abomination of a child. But what happens when the it leaves and takes the leash off of its bastard creation?

The money that has flowed into the city has disappeared, funneled into the Saudi sponsored Islamic madras, and since the Saudis own the Western politicians, nothing is said. The Saudis are raising a new generation of white extremists who will be walking up to the Anglo churches, to the Anglo shopping temples and massacring those inside and to the last minute, they will look just like you and it will be the owners of your politicians, in Mecca and Riyadh who will laugh and jump in glee at your fates. This will come as little joy to the dead Christians, upon whose bones they will be jumping and already are.

In Bosnia, while the Croatian third and the Serbian third of that Frankenstein, are still Christian, they have, with NATO bombs and tanks, been force into a second rate position to the Islamic third, the so called Bosniaks. Even though they had at one point the strength to defend themselves, they are now far out gunned by the US/UK/Saudi/Egypt armed Bosniak Islamics. Yes, even "moderate" Egypt was quite happy to ship T62s to their Islamic brothers.

Anglos, NATO, what have you created? What blasphemy against God have you committed and are so proud of? Seek repentance while you can reverse the evil you have committed and save not murdered the Christianity of the western Balkans. Alas, it always falls on prideful, deaf ears.