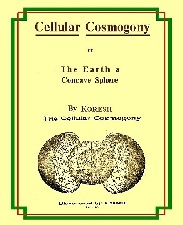 We do not trust the Americans

In an interview to RIA Novosti, Abkhazian Foreign Minister Sergei Shamba discusses the role of the United States in the war in South Ossetia, the effectiveness of a European Union peacekeeping mission in Georgia, and whose laws Belarusian citizens should respect in Sukhumi.


Question: Last week, there were reports that American observers might join the EU mission in Georgia. EU Special Representative for the South Caucasus Peter Semneby followed up by saying that a discussion could be held in the fall. What is your attitude to this idea?

Answer: Our attitude is distinctly negative. First, because the idea does not stem from the mission’s mandate worded in keeping with the agreements reached by the Russian and French presidents – the mandate provides for no American participation. Second, the question can be examined if there is a common wish to expand the mission, but we do not consider it advisable because we see no additional factor of stability in an American presence. On the contrary, we have always emphasized that the U.S. bears considerable responsibility for the events that took place in August 2008 in South Ossetia. Therefore, we do not trust the Americans. All these years the U.S. has been arming, equipping and training Georgian troops and continues to do so, again restoring military infrastructure, and again preparing the Georgian army for new acts of aggression. This sticks out like a sore thumb.

What were the American instructors training the Georgian army for here, on Abkhazia’s territory, at the upper end of the Kodori Gorge? For an attack on Abkhazia. We are perfectly aware that attempts to instill a new combative spirit in the Georgian army will create a new threat in the region. And we do not see the American side as a factor contributing to stability in the area. Therefore we are absolutely opposed to this idea, and will not let Americans in, at least on our territory.

What is more, we said straight away that attempts to include the Americans in the EU mission are also calling in question our participation in the five-country meeting to prevent and investigate incidents involving Abkhazia, Russia, Georgia, the EU and UN.

This idea also casts doubt over our role in the Geneva process. Besides, a recent decision extended the EU mission in Georgia in its former format for one more year and provided for no American presence.

Q: What do you think of the effectiveness of the EU mission in the region?

A: So far, we see no effectiveness in the moves taken by the European Union in Georgia. We have repeatedly stated that the EU does not react in any way to Georgia’s military build-up on the border and to its creation of new threats. So we do not consider the EU’s steps to be effective. But joint actions and complaints that can be voiced during five-party meetings may prove effective. Time will tell.

Q: How can one view recommendations by the Foreign Ministry of Belarus to its citizens to observe Georgian laws in Abkhazia and South Ossetia?

A: Unfortunately, the spokesman for the Belarusian Foreign Ministry has not been very correct and proper in his statement. Even Germany and Poland, which also made similar recommendations, did it in milder form – German diplomats did not recommend their citizens to visit Georgia after Abkhazia. The point is that the Belarusian diplomat’s statement was caused by circumstances in which the Georgian leadership placed Belarusian citizens, when it began detaining and arresting people because they had previously visited Abkhazia. Belarus had to warn its citizens of this danger, but did not do it tactfully enough.

There is already a statement by the foreign minister of Belarus, however, who said that the issue of recognizing Abkhazia is not off the agenda yet.

A: We do not generally heed such statements; they mean little to us. We are developing relations with Russia in the military, economic and other fields. As far as our security is concerned, we will do everything necessary for the safety of our country. We have concluded an agreement on the joint protection of the border. The border will have cutting edge technology. Before long we will sign an agreement on a military base and many other accords. In this sense, deployment of small aviation units in Abkhazia is of great interest to us.

The main thing is that we do not threaten anyone. There has not been a single act of aggression from us in the entire history of our relations with Georgia. Georgia, on the other hand, has committed four such acts against Abkhazia since the breakdown of the Soviet Union. 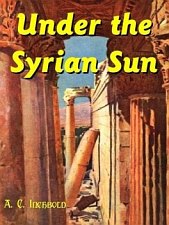