Believers Invest in the Gospel of Getting Rich

Onstage before thousands of believers weighed down by debt and economic insecurity, Kenneth and Gloria Copeland and their all-star lineup of “prosperity gospel” preachers delighted the crowd with anecdotes about the luxurious lives they had attained by following the Word of God.


Private airplanes and boats. A motorcycle sent by an anonymous supporter. Vacations in Hawaii and cruises in Alaska. Designer handbags. A ring of emeralds and diamonds.

“God knows where the money is, and he knows how to get the money to you,” preached Mrs. Copeland, dressed in a crisp pants ensemble like those worn by C.E.O.’s.

Even in an economic downturn, preachers in the “prosperity gospel” movement are drawing sizable, adoring audiences. Their message — that if you have sufficient faith in God and the Bible and donate generously, God will multiply your offerings a hundredfold — is reassuring to many in hard times.

The preachers barely acknowledged the recession, though they did say it was no excuse to curtail giving. “Fear will make you stingy,” Mr. Copeland said.

But the offering buckets came up emptier than in some previous years, said those who have attended before.

Many in this flock do not trust banks, the news media or Washington, where the Senate Finance Committee is investigating whether the Copelands and other prosperity evangelists used donations to enrich themselves and abused their tax-exempt status. But they trust the Copelands, the movement’s current patriarch and matriarch, who seem to embody prosperity with their robust health and abundance of children and grandchildren who have followed them into the ministry.

“If God did it for them, he will do it for us,” said Edwige Ndoudi, who traveled with her husband and three children from Canada for the Southwest Believers’ Convention this month, where the Copelands and three of their friends took turns preaching for five days, 10 hours a day at the Fort Worth Convention Center.

The crowd of more than 9,000 was multiracial, from 48 states and 27 countries. There was no fee to attend. There were bikers in leather vests, pastors, blue-collar workers, professionals and plenty of families with children.

A large contingent came in wheelchairs, hoping for miraculous healings. The audience sat with Bibles open, flipping to passages cited by the preachers, taking notes on pads and laptop computers.

“The folks who are coming aren’t poor,” said Jonathan L. Walton, a professor of religion at the University of California, Riverside, who has written about the movement and was there doing research. “They reside in that nebulous category between the working and the middle class.”

Sitting in Section 316, eight rows up, making peanut butter and jelly sandwiches on a Bible at lunch time, was a family who could explain the enduring loyalty the prosperity preachers inspire.

Stephen Biellier, a long-distance trucker from Mount Vernon, Mo., said he and his wife, Millie, came to the convention praying that this would be “the overcoming year.” They are $102,000 in debt, and the bank has cut off their credit line, Mrs. Biellier said.

They say the Copelands rescued them from financial failure 23 years ago, when they bought their first truck at 22 percent interest and had to rebuild the engine twice in a year.

Around that time, Mrs. Biellier first saw Mr. Copeland on television and began sending him 50 cents a week.

Others who bought trucks from the same dealer in Joplin that year went under, the Bielliers said, but they did not.

“We would have failed if Copeland hadn’t been praying for us every day,” Mrs. Biellier said.

The Bielliers are now among 386,000 people worldwide whom the Copelands call their “partners,” most of whom send regular contributions and merit special prayers from the Copelands.

A call center at the ministry’s 481-employee headquarters in Newark, Tex., takes in 60,000 prayer requests a month, a publicist said.

The Copelands’ broadcast reaches 134 countries, and the ministry’s income is about $100 million annually.

The Bielliers were at the convention a few years ago when a supporter made a pitch for people to join an “Elite CX Team” to raise money to buy the ministry a Citation X airplane. (Mr. Copeland is an airplane aficionado who got his start in ministry as a pilot for Oral Roberts.) At that moment, Mrs. Biellier said she heard the voice of the Holy Spirit telling her, “You were born to support this man.”

She gave $2,000 for the plane, and recently sent $1,800 for the team’s latest project: buying high-definition television equipment to upgrade the ministry’s international broadcasts.

Mrs. Biellier said some friends and relatives would say the preacher just wanted their money. She explained that the Copelands did not need the money for themselves; it is for their ministry. And besides, even “trashy people like Hugh Hefner” have private airplanes.

“I remember Copeland had to once fly halfway around the world to talk to one person,” she said. “Because we’re partners with Kenneth Copeland, for every soul that gets saved, we get credit for that in heaven.”

But while a band primed the crowd, Professor Walton called the prosperity preachers “spiritual pickpockets.”

“To dismiss and ignore the harsh realities of this economic crisis,” he said. “is beyond irresponsible, to the point of reprehensible.”

The Copelands refused an interview request, but one of their daughters, Kellie Copeland Swisher, and her husband, Steve Swisher, who both work in the ministry, spoke for them.

Mrs. Swisher said the ministry gave away “a minimum of 10 percent of what comes in” to other charities. Her father’s current favorite, she said, is a Roman Catholic orphanage in Mexico.

The ministry has resisted providing the Senate investigation with all the documents requested, she said, because the Copelands did not want to publicly reveal the names of the “partners.” The investigation, which could result in new laws, is continuing, a committee spokeswoman said. Among those being investigated is Creflo Dollar, one of the ministers at the Copelands’ convention.

Mr. Swisher said that even in the economic downturn, the ministry’s income going into the convention was up 3 percent over last year. Asked if they had adjusted the message for the economy, Mrs. Swisher patted the worn Bible in her lap and said: “The message they preach is the Word of God. The Word doesn’t change.”

At the convention, the preachers — who also included Jesse Duplantis and Jerry Savelle — sprinkled their sermons with put-downs of the government, an overhaul of health care, public schools, the news media and other churches, many of which condemn prosperity preaching.

But mostly the preachers were working mightily to remind the crowd that they are God’s elect. “While everybody else is having a famine,” said Mr. Savelle, a Texas televangelist, “his covenant people will be having the best of times.”

“Any time a worried thought about money pops up in your mind,” Mr. Savelle continued, “the next thing you do is sow”: drop money, like seeds, in “good ground” like the preachers’ ministries. “Stop worrying, start sowing,” he added, his voice rising. “That’s God’s stimulus package for you.”

At that, hundreds streamed down the aisles to the stage, laying envelopes, cash and coins on the carpeted steps. 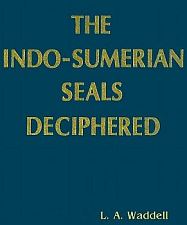