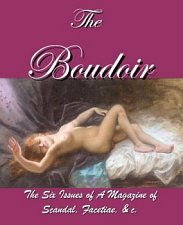 Politically, sex scandals are equal-opportunity destroyers. For every David Vitter, there is an Eliot Spitzer. For every John Ensign there's a John Edwards. For every Bill Clinton there's ... well, there's only one Slick Willie. But you get the point: Sexual scandal knows no party.

Yet, a common denominator linking many political sex scandals of the last few years is the involvement of conservative Christian politicians who, it seemed, had made sexual responsibility and marital fidelity cornerstones of their public and private lives. These figures reflect a broader reality: Many conservative Christians struggle to live up to the moral standards they espouse.

Consider Jon and Kate Gosselin, stars of Jon and Kate Plus Eight, the immensely popular reality show. Jon and Kate are evangelical Christians who raise eight children on a combination of loving discipline and wholesome family values.

But after a year spent deflecting accusations of infidelity and parental neglect, the couple recently separated, and the tabloids are documenting the octoparents' pitiful descent into debauchery.

Meanwhile, Reverend Alberto Cutie, a Roman Catholic priest famous as a commentator on Spanish-language television, recently left the church after tabloids revealed that he was having an affair. Numerous evangelical pastors have also resigned after scandals involving allegations of sexual misconduct of all kinds.

And who can forget the lives devastated by sexual abuse from Catholic priests?

The faithful are falling short. Practicing Christians and political conservatives rightly warn of the perils of same-sex unions. But it is in their hands that the institution of marriage has suffered.

The Barna Group, a Christian polling firm, recently found that the divorce rate among evangelical Christians was 32 percent, statistically identical to the 33 percent figure among non-evangelical American adults.

In 2007, The State of Our Unions report by the National Marriage Project at Rutgers University concluded that though red-staters are more likely to be religious and politically conservative, they also are more likely to divorce than those from blue states.

It's tempting to interpret these data as proof that Christians no longer care about maintaining high moral standards. But polls show that the protection of marriage remains a top concerns for Christians, in their politics and in their personal lives.

These sad facts prove only that Christians are subject to the same temptations common to us all. The sad stories of South Carolina Gov. Sanford and the Gosselins reveal how challenging it has become for the faithful to insulate themselves from a society coarsened by tabloid values. The data affirm the difficulty in following Jesus' admonition to be in the world but not of it.

Religious conservatives have become a powerful political force in defense of sexual restraint, marital fidelity and respect for human life. That's a good thing. But to win the culture war, their passion to defend these values in public policy must be matched by an equal amount of passion to live them in their own lives.