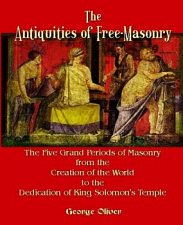 Alvaro Uribe, Hugo Chavez, and the Hypocrisy of the American Right

Stop me if you’ve heard this one before: the powerful president of a Latin American country, still strong despite widespread concerns about his human rights record, moves to extend his power by striking down presidential term limits.

He pushes for a referendum that would amend the constitution, allowing him to run for re-election after his current term expires. A chorus of voices from his own country — some of them genuine human rights activists, others of them members of the ruling oligarchy out to protect their own business interests — protest the measure, claiming that it is a sign of encroaching dictatorship. Right-wing commentators in the U.S. join in, arguing that to abolish term limits would be tantamount to making the leader “president-for-life.”

The story is by now familiar to all watchers of Latin American politics. But there is one notable exception to the right’s concern about presidential power. Reuters reports:

Colombian President Alvaro Uribe stepped closer to re-election on Tuesday when a congressional committee approved a bill aimed at allowing him to run for a third term next May, but a tough vote looms in the full House. The measure, calling for a referendum to change the constitution, had been stalled for weeks in the committee but the government has launched an all-out lobbying effort. Congress already changed the constitution once to allow Uribe, a U.S.-backed conservative, to stand for re-election in 2006.

Although the committee’s approval of the bill on Tuesday was not decisive — as Reuters notes, the real test will be the full House vote — the right’s silence throughout Uribe’s campaign against term limits has been striking. None of the self-styled champions of Latin American democracy in the U.S. — the Wall Street Journal editorial page, The New Republic, The Weekly Standard, and so forth — have seen fit to criticize Uribe’s move.

Compare the reaction when Uribe’s left-wing colleagues made similar efforts. In February, Venezuelan president Hugo Chavez won a referendum striking down term limits and permitting him to run for office again in 2012. The move was roundly denounced on the right as proof of Chavez’s dictatorial tendencies. “Like his idol, Fidel Castro, who reigned in Cuba for a half-century, Mr. Chávez can now move toward his goal of becoming President for life,” the Wall Street Journal editorialized. Chavez’s previous attempt to abolish term limits was similarly depicted in the press as a “president-for-life bid.”

In June, Honduran president Manuel Zelaya’s attempts to hold a referendum on a constitutional amendment to end term limits — this one non-binding, and thus with no concrete political ramifications — were used to justify the military coup that deposed him. National Review opined that the referendum “would set [Honduras] on the path to Chávez-style authoritarianism” and that the “soldiers who escorted Pres. Manuel Zelaya from his home on Sunday were acting to protect their country’s democracy, not to trample it.” When Nicaraguan president Daniel Ortega called for the abolition of term limits in July, Costa Rican rightist Jaime Darenblum took to the Weekly Standard to accuse Ortega of “following the Chavez playbook” and moving “one step closer to creating an autocracy.”

These critics denied any partisan motive, insisting that their only concern was for democratic institutions and constitutional procedure. Mary Anastasia O’Grady, the Wall Street Journal editorial writer who has been the most ardent American defender of the Honduran coup, proclaimed in its wake that “The struggle against chavismo has never been about left-right politics. It is about defending the independence of institutions that keep presidents from becoming dictators.”

But when Uribe takes identical steps? Not a peep. The message is clear: the term-limits issue is fair game when it can be used to foster hysteria about chavismo and paint every left-of-center Latin American leader as a would-be totalitarian. When the leader in question is a right-wing U.S. ally, however, there is no need to worry about such procedural niceties. An enemy of Hugo Chavez is a friend of ours, regardless of how he stays in power.

To be clear, this is not to excuse all the actions of leftists like Chavez, Ortega, and Zelaya. Their encroachments on civil society are genuinely troubling, even if they do not justify the almost comically alarmist rhetoric prevalent on the right. On the other hand, Uribe’s government has a terrible human rights record of its own that his right-wing apologists are eager to paper over. (TFT’s Marc Lizoain recently noted Uribe’s extensive ties with paramilitary death squads and his government’s extrajudicial murder of civilians.)

Nor is this to say that Uribe’s re-election push is a sign of dictatorial tendencies in and of itself. The United States did not have presidential term limits for the first 175 years of its existence, and the country still managed to avoid becoming a strongman-led dictatorship. Pundits would do well to tone down their hysteria over the implications of allowing democratically elected presidents to be democratically elected again — whether the leader in question is Chavez or Uribe.

Regardless, the hypocrisy on display is noteworthy, if not particularly surprising. Although they may wax rhapsodic about democracy promotion, American hawks have never really gotten over their soft spot for right-wing Latin American authoritarians. (Recall that the neoconservatives cut their teeth in the 1980s as supporters of Pinochet, the Contras, and any number of other murderous military juntas.) Still, if rightists want their denunciations of Chavez and his allies to be taken seriously, they should try to exercise a little more consistency. 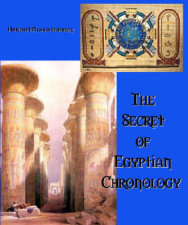