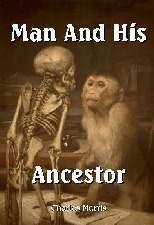 Another Reason Christianity Should Be Banned in the USA -

(If they come preaching any other gospel)

A good Christian. (or dangerous Right Wing Republican ExtremistTerrorist that we were warned about?)

Chris Broughton, the man who brought an assault rifle and a handgun to the Obama event in Arizona last week, attended a fiery anti-Obama sermon the day before the event, in which Pastor Steven Anderson said he was going to "pray for Barack Obama to die and go to hell", Anderson confirmed to TPMmuckraker today.

This is the second example of the gun-toters at the Arizona Obama event tied to the violent fringes of American life.

"I don't obey Barack Obama. And I'd like Barack Obama to melt like a snail tonight," Anderson said in the sermon.

The sermon, which was titled "Why I Hate Barack Obama" ... also contained virulent anti-gay themes ...

Yes, it's shocking to hear a pastor openly pray for the death of a political opponent -- the president of the United States, no less -- during a religious ceremony. But it's a truly Christian sentiment, and I mean that entirely in earnest.

The key here is the pastor's description of Obama as a "socialist devil, murderer, infanticide, who wants to see young children and he wants to see babies killed through abortion and partial-birth abortion and all these different things." As members of the reality-based community, it's easy to dismiss the religious right's overheated baby-killing rhetoric as just that -- some demagoguery best taken with a healthy grain of salt.

But it's worth noting, again, that it is a rhetorical approach with inherent dangers. Whereas it's entirely immoral to kill over a political disagreement concerning a medical procedure that's widely practiced around the world, it is, after all, entirely within the moral framework of all of the major Abrahamic religions to kill others to protect an innocent child. As such, it's a rhetorical strategy that fosters dangerous eliminationism.

Which explains why the overwhelming majority of terrorist attacks in the United States since the 1980s have been committed by right-wing Christian fundamentalists. 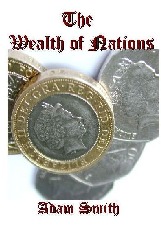 Main Article Page
Another Reason Christianity Should Be Banned in the USA -
http://www.hiddenmysteries.net/newz/article.php/20090828085932582