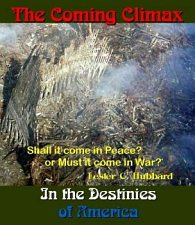 Just as the Inquisitions decided who was in and who was out, with dreadful consequences for the latter, so now is Zionism in its demand for total allegiance to Israel, writes Jeff Gates

How quickly we forget. With the Inquisitions still fresh in memory, America's founders embraced democracy as a means to protect liberty from the manipulations of faith. That's why facts were enshrined at the core of self- governance grounded in the rule of law. The duplicity at the heart of the US-Israeli relationship puts that founding principle at risk.

For seven terrifying centuries, heretics were punished under canon law. In 1633, Italian astronomer Galileo Galilei was condemned for "grave suspicion of heresy" when he showed that the Sun -- not the crown -- was the centre of the universe despite what the king's subjects, with help from the Church, had been induced to believe.

With the merger of church and state in the fourth-century Roman Empire, anyone daring to dispute papal authority, by challenging with facts the One True Faith, was condemned as both a heretic and an enemy of the state. That practice continues in modern times.

The new heretics are those few who challenge America's faith in its "special relationship" with an extremist enclave granted nation state recognition in 1948 by a Christian-Zionist president, Harry S Truman. Critics of this enclave invite condemnation as "anti-Semites", a modern form of social excommunication.

Defenders of the Zionist Faithful were forced to become more vigilant in monitoring this heresy after Israeli troops used US- provided arms and munitions to kill more than 1,400 Palestinians in Gaza, one-third of them reportedly children.

That well-timed attack, planned for more than a year, was scheduled between Christmas and the 20 January presidential inaugural. Within 48 hours of ending its assault, Israel had dispatched an army of bloggers to counter anti- Zionist websites. By early February, the Anti- Defamation League (ADL) was bemoaning a "pandemic of anti-Semitism". The massacre fuelled outrage worldwide even as the ADL portrayed that anger as "anti-Semitism".

By early March, Israeli policy was being described as a threat to international peace and security, a violation of international human rights law and a crime against humanity. By associating the US, its ally, with this behaviour, the US-Israeli "special relationship" fuelled anti-American hatred, fanned the flames of extremism and set the stage for more terrorism. Meanwhile, a wave of modern-day excommunications swept college campuses.

At Hampshire College in Massachusetts, students urged the school to divest from firms whose operations support the Israeli occupation of Palestine. When Israeli policies were compared to apartheid-era South Africa, Alan Dershowitz, Zionist professor of law, condemned the students as "rabidly anti-Israel" (enemies of the state).

At Canada's Ottawa College, Students Against Israeli Apartheid were prohibited from displaying a poster condemning Zionist policies that president Jimmy Carter had already condemned in his 2007 book, Palestine: Peace Not Apartheid.

At the University of California, Santa Barbara, Professor William Robinson (Jewish) was attacked as an anti-Semite in an ADL-coordinated silencing campaign. His heresy: sharing with students a photo-essay critical of Israeli policy that had circulated for weeks online.

MEDIA-MANIPULATED MINDSETS: Meanwhile, Pope Benedict XVI attacked an Argentine cleric whose excommunication he had lifted. As head of the Roman Catholic Church, Benedict claimed he was unaware that Bishop Richard Williamson had challenged key facts of the Nazi holocaust. When condemned by the Pontiff, Williamson apologised. The Vatican insisted he recant, a concept lifted directly from the Inquisition.

Critics suspect this early February dispute was meant to distract attention from the carnage in Gaza and create sympathy for Israel by evoking memories of the holocaust. No media outlet mentioned that this German Pope, the first since 1523, previously led the Vatican's Congregation for the Doctrine of the Faith, a direct descendant of the Church's 16th century tribunal, the Supreme Sacred Congregation of the Universal Inquisition.

But the fiercest condemnation of the bishop's reluctance to recant came not from Rome but from Angela Merkel in Berlin who was elected German chancellor in 2005. No media outlet mentioned that in 2003 Zionist media mogul Haim Saban acquired control of ProSiebenSat.1, Germany's second largest broadcaster.

While wielding a major opinion-shaping media outlet during Merkel's ascendancy as Germany's first female chancellor, Saban described himself as an "Israeli-American" and "a one-issue guy and my issue is Israel". Steve Rattner, Saban's financial adviser, explained the motive for his media acquisition: "He thinks Germany is critical to Israel." Rattner re-emerged as President Barack Obama's auto industry "car czar" before resigning in mid- July due to a pension fund scandal.

To put these media-dependent developments in historical perspective requires a grasp of how in the information age warfare is waged not on a traditional battlefield but in the shared field of consciousness. In the public's shared mindset -- where consensus opinions are created, shaped and sustained -- facts are routinely displaced with what "the mark" can be induced to believe.

That's why national security agencies must monitor media czars such as Saban who is candid about using his influence to advance Zionist goals. In June 2006, a Saban-led group acquired Univision, the largest Spanish-language broadcaster in the US. With Latinos the fastest- growing voting bloc there, Univision is critical to Israel's ability to sustain its control of US foreign policy. Univision is the fifth largest television network in the US, reaching 98 per cent of Spanish-speaking households through 62 television stations, 90 affiliate stations and more than 2,000 cable affiliates.

For a system of self-governance reliant on informed consent, it is difficult to overstate the threat to democracy when policymaking is filtered through the pro-Israeli bias of media- owning Zionists. In addition to emerging as a reliable EU advocate for Israeli policies, Merkel threatened to arrest Williamson for holocaust denial on a EU-wide warrant. A search of her phone records would doubtless uncover a discussion with a key supporter, Haim Saban.

Zionists and the lawmakers they groom are well positioned to advance a modern-day Inquisition, as when Bishop Williamson simultaneously faced arrest in Europe and expulsion from Argentina, the site of a seminary he directed and home to the largest Jewish population in Latin America.

THE PEOPLE IN-BETWEEN: In October 2007, Defense Secretary Robert Gates coined a generic phrase to describe the most perilous combatants when waging what he called "unconventional warfare". A former CIA director, he portrayed this enemy as "the people in- between". Between Galileo and the facts, church doctrine was deployed to displace science with beliefs -- or, in modern-day parlance, with consensus opinion. Between the German people and the ballot box was Haim Saban for whom the election of Angela Merkel was critical to Israel. Next is Univision.

To gain credence -- or believability -- for the displacement of facts with beliefs requires that the public's shared mental environment be fed a steady diet of supportive impressions. Thus the agenda-advancing assistance when "unrelated" events emerge in the same timeframe to reinforce the intended orthodoxy.

For example, following the Israeli assault on Gaza, news reports in February included several high-profile accounts, including: the suspension of UK diplomat Rowan Laxton for allegedly making anti-Semitic remarks while riding an exercise bike in a London gymnasium; reports of police protection provided in Dubai to Andy Ram, an Israeli tennis star, reinforcing the media-induced narrative that Israelis were at risk; and a White House announcement that the Obama administration would attend a planning session for a 2009 World Conference Against Racism but may boycott the event itself.

These narrative-advancing impressions were reinforced by the release in 2008 of eight holocaust-themed films, including The Reader starring Kate Winslet, who received a high- profile Oscar for best actress in a leading role. She even joked about the influence wielded by pro-Israelis in Hollywood and popular culture. In Extras, a comedy series from 2005 in which she played herself, one actor congratulates her on her role in a holocaust-related film, to which she responds:

"I don't think we need another film about the holocaust, do we? It's like, how many have there been? We get it. It was grim. Move on. No, I'm doing it because I've noticed that if you do a film about the holocaust, [you're] guaranteed an Oscar. I've been nominated four times -- never won. The whole world is going, 'Why hasn't Winslet won one?' That's it. That's why I'm doing it. Schindler's- bloody-List? The Pianist. Oscars coming out of their arse!"

DUPLICITY -- FROM ANTIQUITY TO MODERNITY: The framers of the US constitution viewed democracy as a form of governance that resides not in a royal court or the papacy but in a mindset shared by its participants. Where else could self-governance reside? Thus the key role envisioned for media as an "in-between" domain essential to convey the facts required for informed consent. Absent widespread access to unbiased information, liberty would succumb to the exploitation of those skilled at preying on ignorance and beliefs. On that key point, the framers were proven correct.

Thus the perils when those who mean to live free rely on media with an undisclosed bias. It is precisely such "people in-between" that routinely displace facts with what an unsuspecting public ("the mark") can be deceived to believe. In an information age, such fraudulent behaviour is not akin to treason; that agenda- advancing duplicity is treason. Saban is unusual only in conceding the pro-Israeli bias he brings to his media operations.

This duplicitous modus operandi works the same in modernity as in antiquity. The impact on informed consent is identical regardless whether the media-enabled deceit is a false belief in Iraqi weapons of mass destruction, a consensus faith in the infallibility of unfettered financial markets, or a shared opinion that this Zionist enclave is a democracy and an ally rather than what the oft-recurring fact patterns confirm: an enemy within.

Such treachery is at least as old as the use of canon law to silence critics of the church doctrine. The only modern component of this deceitful craft is the global reach of contemporary media and its capacity to manipulate minds and emotions on an unprecedented scale.

A 1578 handbook for inquisitors explained that its harsh penalties were "for the public good in order that others may become terrified and weaned away from the evils they would commit". The new heretics chronicle the costs of the US-Israel relationship in blood, treasure, insecurity and credibility. Those who yearn for freedom from such manipulation can no longer afford America's entangled alliance with an extremist enclave notorious for waging war by way of deception.

* The writer is author of Guilt By Association, Democracy at Risk and The Ownership Solution 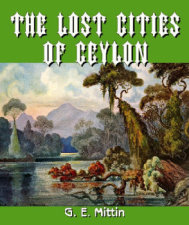