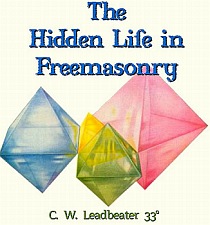 U.S. author, dissident intellectual, and Professor of Linguistics at the Massachussetts Institute of Technology Noam Chomsky met for the first time with Venezuelan President Hugo Chavez in Caracas and analyzed hemispheric politics during a nationally televised forum on Monday.

Chomsky is well known in Venezuela for his critiques of U.S. imperialism and support for the progressive political changes underway in Venezuela and other Latin American countries in recent years. President Chavez regularly references Chomsky in speeches and makes widely publicized recommendations of Chomsky's 2003 book, Hegemony or Survival: America's Quest for Global Dominance.

"Hegemony or survival; we opt for survival," said Chavez in a press conference to welcome Chomsky. He compared Chomsky's thesis to that of German socialist Rosa Luxemburg in the early 1900s, "Socialism or Barbarism," and referred to Chomsky as "one of the greatest defenders of peace, one of the greatest pioneers of a better world."

Through an interpreter, Chomsky responded, "I write about peace and criticize the barriers to peace; that's easy. What's harder is to create a better world... and what's so exciting about at last visiting Venezuela is that I can see how a better world is being created."

During Monday's forum, which was broadcast on the state television station VTV, Chomsky pointed out that the ongoing coup in Honduras, which began on June 28th, is the third coup the United States has supported in Latin America so far this century, following the coup against Chavez in 2002 and Haitian President Jean-Bertrand Aristide in 2004.

The nearly finalized deal to allow the U.S. to increase its military presence on Colombian bases "is only part of a much broader effort to restore Washington's capacity for intervention," said Chomsky.

According to Chomsky, the region has the capacity to unite and form a "peace zone" in which foreign militaries are forbidden to operate. "Venezuela can help to advance this proposal, but it cannot do it alone," he said.

"The transformations that Venezuela is making toward the creation of another socio-economic model could have a global impact if these projects are successfully carried out," said the renowned author.

Aporrea.org, a popular Venezuelan news and pro-revolution analysis website, described Chomsky as oriented toward "libertarian socialism" and "vehemently anti-Stalinist" in an introduction to a recent interview in which Chomsky said U.S. President Barack Obama's foreign policy will be similar to that of the second administration of former U.S. President George W. Bush.

Chomsky addressed this issue during Monday's conference as well, commenting that Obama "could have much to offer Latin America if he wanted to, but hasn't given any signals that he does." He cited the U.S.'s indecisive posture toward the coup in Honduras as evidence.

Chomsky also addressed the media and freedom of expression in the U.S. "In the United States the socio-economic system is designed so that the control over the media is in the hands of a minority who own large corporations... and the result is that the financial interests of those groups are always behind the so-called freedom of expression," he said.

Chomsky said the growing disappointment with the Obama administration in the U.S. was predictable because the corporate media marketed Obama's presidential candidacy on the slogan of "Change We Can Believe In" but omitted concrete proposals for effective changes, and the Obama administration has since shown an incapacity to institute such changes.

Chomsky was accompanied in Caracas by the co-founder of South End Press and ZMagazine and system operator of ZCom, Michael Albert, and the co-founder and editor of Venezuelanalysis.com, sociologist Gregory Wilpert. 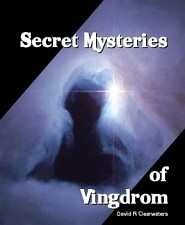