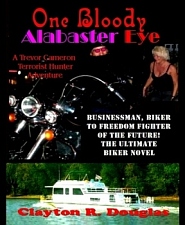 I’ll get right to the point, I have read the books and watched the documentaries on September 11 for three years and the 9/11 official story is so stupid Bush, Cheney and Rumsfeld didn’t expect you to believe it.

Millions believe a LIHOP (Let it Happen on Purpose) version of the story, but that is because their brain tells them their government killed 3,000 American citizens to pass the Patriot Act, build up the military and invade Afghanistan and Iraq (Kill3000toPassBuild&Invade).

There are three reasons why most Americans are in denial and cling to the official story:

Everyone else, after you point out the obvious (110 Stories of steel and concrete collapsing at free fall speed), thinks about it for a New York minute and realizes the official story couldn’t be true.

And when they find out the military was conducting Operation Vigilant Guardian, an exercise on 9/11 simulating hijacked planes crashing into skyscrapers in the NE sector of the United States, they come to the false conclusion Kill3000toPassBuild&Invade and accept the 9/11 Truth story: A rogue element of the US government used controlled demolition to demolish the twin towers. [2]

Let me be clear, I agree the US government or some proxy did exploit the events of 9/11 to:

Professor Steven “Cold Fusion” Jones lectures ad nauseam about the obvious, that 110 stories of steel and concrete do not collapse into a pile of rubble from a kerosene fire. Jones’ research, allegedly peer reviewed, has not proven the buildings collapsed from controlled demolition.

Dr. Judy Wood, former professor of mechanical engineering, with expertise in material science concludes the buildings were destroyed using some type of “field effect technology” related to the Hutchison Effect and the presence of Hurricane Erin. [6]

Jones, sweet and innocent, looks like he belongs in the Bush administration not in the counter culture community.

Wood, marginalized and tossed out of the 9/11-truth movement happens to look like a hippie.

Dr. Wood raises important questions about the so-called collapse and the dip of the Earth's magnetic field at the precise moment of the supposed first plane "impact" [7] but the 9/11 Truthers refuse to acknowledge her research and her work has been intentionally left out in their search for the Truth.

David Ray Griffin, retired professor at the Claremont School of Theology and spokesman for the 9/11 Truth Movement, has written numerous books questioning the 9/11 official story. Inexplicably he and co-founder, John B. Cobb, Jr., of the Center for Process Studies hang around with David Rockefeller. Griffin’s major project at present is in fact, “to develop a theology for a New World Order.” [8]

Dr. Griffin, like Jones, lectures frequently at universities and public places explaining in repetitive detail that September 11 was not the result of 19 Arab terrorists and a kerosene fire.

However, neither of them will discuss anything that contradicts the controlled demolition theory of the twin towers.

The government would not allow the openly treasonous behavior of David Ray and Steven Earl unless that was part of a plan to keep us from looking for a third story.

The Third Story and the New World Order

TPTB, all members of the occult, are in a struggle to take over the Earth.

The rules of the game require they publicize symbols and broadcast clues that the profane (the common man) won’t be able to or will be too busy trashing the planet to take the time to understand.

1776 wasn’t just the birth of our nation, the Latin words on the Great Seal of the United States of America, 'Annuit Coeptis' means 'The Birth Of' and 'Novus Ordo Seclorum' the 'New World Order'.

The religion of the occult and mysticism is descended from ancient Egypt and Babylon and existed at the time the United States of America was founded.

The pyramid on the $1 bill is the Pagan temple of Satan worship.

The capstone on the $1 bill has not come down on the pyramid because the plan for a New World Order was not complete in 1776.

The Great Seal was designed by the Freemasons, also members of the Illuminati and TPTB.

Careful analysis of the seal discloses numerous occult and Masonic symbols, chief among them the so-called American Eagle: [10]

"13" to the occultist means the ultimate in rebellion.

TPTB greet each other and often announce their plans publically. President Clinton and the entire Bush family are often seen making the "horned salute" gesture. [11]

An excerpt from the 1993 Clinton inaugural speech:

Occultists place great power in the number '11' and all its multiplications and groupings. The number '11' is the most important number relating to the coming Antichrist. The Bible lists him as the "11th" horn in Daniel 7:7-8.

It isn’t easy to find a children’s book or any story about a pet goat. The biggest claim to fame of Reading Mastery II by Engelmann and Bruner is that it is the book from which President Bush famously read "The Pet Goat" story on the morning of September 11th, 2001.

Besides representing the Temple or Home of the gods, the goat represents the active male sexual or fertility aspect of nature. As Capricorn he rules the returning sun, from the darkness of winter solstice. In the sign of the Goat/Capricorn the sun begins to resume its ascent towards the spring Equinox.

The goat horn is a hallowed phallic symbol.

The Goat Head or the horned goat, goat of mendes, Baphomet, god of the witches, the scapegoat is a Satanists way of mocking Jesus as the "Lamb" who died for our sins. [13]

Stay tuned for my radio interview on The Third Story.

Robert Singer is an Entrepreneur and the author of a forthcoming book on the Federal Reserve. His articles cover politics and the financial and environmental implications of our consumer society. The articles have been main headlined and can be found on numerous popular websites: Marketoracle, Silverseek, Silver Bear Café, Goldseek, Daylife, LAprogressive, Canadafreepress, Opednews, Daily.pk and many of the Wordpress sites. Richard Daughty, The Mogambo Guru, proclaimed him a Junior Mogambo Ranger (JMR).

Meat, Milk and Motors: The New China Syndrome by Robert Singer, an essay about China first released in February 2009 has been widely posted and read on the Internet. Quotes from the article can be found in The Wall Street Journal Digital Network and was the Top World Story on the Pakistan Daily website for over a week.

[2] The government describes the coincidence of terrorists actually hijacking planes and flying them into the World Trade Center as just one of those “bizarre coincidences,” those little quirks of fate that do happen from time to time, like the same person winning the lottery three weeks in a row. The odds are astronomical, but these things happen.

[5] WTC Steel Removal The Expeditious Destruction of the Evidence at Ground Zero
http://911research.wtc7.net/wtc/groundzero/cleanup.html#ref2
The authorities apparently considered the rubble quite valuable: New York City officials had every debris truck tracked on GPS and had one truck driver who took an unauthorized 1 ½ hour lunch fired. GPS on the Job in Massive World Trade Center Clean-up,
securitysolutions.com,
7/1/2002, http://securitysolutions.com/ar/security_gps_job_massive/

[12] Jan 21, 1993 ... Following is a transcript of President Clinton's Inaugural Address ... we speak and the faces we show the world, we force the spring. ... Though we march to the music of our time, our mission is timeless. ....
www.nytimes.com/.../the-inauguration-we-force-the-spring-transcript-of-address-by-president-clinton.html 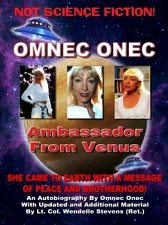