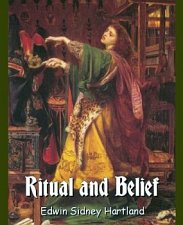 How common is clergy sex abuse?

Even the Baptists admit its not safe to have your children in church....

(Baylor is also the alma mater of thief Allen Stanford)

Sexual abuse by members of the clergy is more common than you might think, said Manya Brachear in the Chicago Tribune. An analysis by Baylor University's School of Social Work found that 3 percent of adult women who worship at least once a month "have been the target of a clergy come-on since turning 18."

The numbers are surprising, said Matthew Hay Brown in the Baltimore Sun. Put another way, in a church with 400 adult members, seven women, on average, "have been victimized at some point in their adult lives." The Baylor team is working on a proposal for a law that would attack the problem by making clergy sexual abuse a crime, much like relationships between mental health professionals and their patients.

And the problem is not isolated to any single denomination, said Jacuqeline L. Salmon in The Washington Post. The Baylor study found that improper sexual conduct is so pervasive, in fact, that it "involves a wide range of denominations, religious traditions, and leaders." The researchers couldn't say whether abuse is growing more common—but increasing awareness following the Catholic clergy abuse scandals has prompted at least 36 denominations to adopt rules for punishing clergy members for sexual contact with people in their congregations.

Largest National Study of Clergy Sexual Misconduct with Adults
Sept. 9, 2009
Waco, TX - (September 9, 2009) - Baylor University's School of Social Work today announced that findings from the nationwide study of the prevalence of Clergy Sexual Misconduct (CSM) with adults have been accepted for publication later this year in the Journal for the Scientific Study of Religion. The findings come from questions included in the 2008 General Social Survey (GSS), a widely-used and highly-respected survey of a random sample of more than 3,500 American adults conducted by the National Opinion Research Center. Respondents were asked if, since turning 18, they had ever been the object of a sexual advance from a religious leader. The responses were used to establish a statistically reliable baseline for discussions about CSM with adults.


The findings suggest that the prevalence of Clergy Sexual Misconduct with adults is higher than many people realize and that it occurs across denominations and religions.


"Because many people are familiar with some of the high-profile cases of sexual misconduct, most people assume that it is just a matter of a few charismatic leaders preying on vulnerable followers," said Dr. Diana Garland, Dean of the School of Social Work at Baylor University and lead researcher in the study. "What this research tells us, however, is that Clergy Sexual Misconduct with adults is a widespread problem in congregations of all sizes and occurs across denominations. Now that we have a better understanding of the problem, we can start looking at prevention strategies."


The study found that 3.1 percent of adult women who attend religious services at least once a month have been the victims of clergy sexual misconduct since turning 18. To explain another way, in the average U.S. congregation of 400 adult members, seven women, on average, have been victimized at some point in their adult lives.


"This is the largest scientific study into Clergy Sexual Misconduct with adults. We hope these findings will prompt congregations to consider adopting policies and procedures designed to protect their members from leaders who abuse their power," said Garland. "Many people - including the victims themselves - often label incidences of Clergy Sexual Misconduct with adults as 'affairs'. In reality, they are an abuse of spiritual power by the religious leader."


This study is part of a comprehensive effort by Baylor University to identify the prevalence of Clergy Sexual Misconduct with adults and the details commonly associated with its occurrence across religions. Using this data as a foundation, the Baylor team has been working to outline possible initiatives designed to identify and prevent CSM, and draft model legislation to make CSM illegal in the same way that relationships with patients and clients are illegal for other "helping professionals" including doctors, lawyers and mental health practitioners. At present only two states - Texas and Minnesota - have legal statutes in place to guard against CSM.


"The religious community should be a place where people, especially those in crisis, find comfort and support," said Dr. Randel Everett, the Executive Director and CEO of the Baptist General Convention of Texas. "When a religious leader abuses the power or trust vested in them through sexual misconduct, it results in multiple sufferers. First the victim herself, then her whole family system, and eventually the congregation and the community."


Garland also studied Clergy Sexual Misconduct with adults from first-hand accounts. She interviewed more than 80 women and men including victims of CSM, family members or spouses of victims, religious leaders who have committed CSM, and helping professionals who have provided care for offenders and survivors. With this information, Garland and her team have begun to identify characteristics of the social context of congregations in which misconduct occurs, as well as the behavioral identifiers of offenders and the situations of those they victimize.


Based on this qualitative research, Garland and Christen Argueta, a Master of Social Work alumna from Baylor's School of Social Work, developed a second paper, "How Clergy Sexual Misconduct Happens: A Qualitative Study of First-Hand Accounts." This article has been accepted for publication in the journal Social Work & Christianity later this year.


"I am extremely thankful for Dr. Garland's work in identifying Clergy Sexual Misconduct with adults as a common problem and putting a real name and real numbers behind this issue," said Carolyn Waterstradt, a clergy sexual misconduct survivor who took part in the qualitative research. "When it was happening to me, I felt confused and isolated. Now I know that many others have struggled with this, and that there is hope for putting systems in place to help prevent it from happening. She has given me, and others like me, a voice."


Research was conducted using the 2008 General Social Survey (GSS) to collect data from a nationally representative sample of 3,559 non-institutionalized English- or Spanish-speaking adults. It is conducted by the National Opinion Research Center at the University of Chicago.


The GSS is conducted through in-person interviews, but questions targeting Clergy Sexual Misconduct with adults were self-administered to alleviate respondents' possible pain and embarrassment associated with reporting such an experience. The goals of the questions were to identify the prevalence of CSM and also to learn about the contexts in which clergy sexual advances occurred.


Funding for this research project was provided by the Ford Foundation, the Christian Life Commission of the Baptist General Convention of Texas and the JES Edwards Foundation of Fort Worth, Texas. 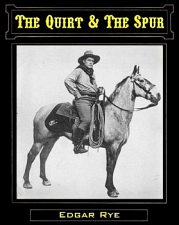