THE CROSS, THE FLAG, AND AMERICAN IDOLATRY

How Symbolism Is Today’s National Idolatry

“When fascism comes to America, it will be wrapped in the flag and carrying a cross,” wrote Sinclair Lewis in 1935.


When Hitler’s hordes stole Germany, they stormed town-halls across the Fatherland carrying their sacred symbols of nationalism reinforced by a form of Christianity that lent moral credence to mob rule. In fact, Nazism could not have risen had it not been for German evangelicals and fundamentalists embedded within the various religious sects and denominations. German Christians were seduced by the allure of national pride, and in doing so, the flag, eagle, and swastika became select idols of that time – images so sacred anyone caught desecrating them were put to death.

The pageantry and massive torch-bearing ceremonies were spectacular – even by today’s standards. Joseph Goebbels and Albert Speer were the Fuhrer’s designers, serving as Minister of Propaganda and Adolf’s Chief Architect, respectively. Commissioned by Hitler in 1934, TRIUMPH OF THE WILL, the propaganda film of all time, displayed seductive pageantry and overt symbolatry (idol worship of symbols). German evangelicals who succumbed to this idolatry comprised the base of the right-wing movement, same as American evangelicals are the base of the right-wing today in the U.S.

Yes, there are parallels between Nazi Germany and 21st Century right-wing America which is currently on recess but determined more than ever to recapture the government after managing to destroy the Obama Administration and congressional Democrats. Let no one successfully persuade otherwise: Fascism was never a left-wing movement, only a right, and America’s right-wing is again on the march – using white evangelicals (seduced by symbols and “Christian” idolatry) to do its bidding – advocating and condoning violence, preaching the gospel of the “free market” (corporatism/fascism), and promoting militaristic monarchial/theocratic rule.

The Bible, also, has become an idolatrous image to many. The phrase is often heard from fundamentalist pulpits and broadcasts, “The King James Version of the Holy Bible is the inspired, infallible Word of God.” Then they add, “The King James was good enough for Paul and Silas, so it’s good enough for me,” without considering the King James Version wasn’t commissioned by the King of England until 1,600 years after Paul and Silas were dead. The disease of ignorance is as contagious as swine flu.

Worship of the cross and flag was evident as far back as the Great Depression, as described by Sinclair Lewis in 1935, and this symbolatry was at the forefront of the Nazi movement across the Atlantic. So, Lewis put two and two together and foresaw the day fascism would come to America “wrapped in the flag and carrying a cross.” Lewis observed that Hitler’s core followers were uneducated, anti-intellectuals, and steeped in mythology and peripheral religion. And he compared the European base to an American counterpart that could potentially propel an American tyrant to power – for the same element flourished on both continents.

Awarded the Nobel Prize for Literature in 1930, Sinclair Lewis was eye-witness to the Great Depression and the ascension of Adolf Hitler’s Germany. He wrote of similar threat to America – where fascism would come dressed in the flag, carrying a cross, and preaching Christianity – the wolf in sheep’s clothing. He saw the parallels then as they are now.

Sinclair Lewis predicted such in 1935.

Of course, most tyrants in world history rise to power compliments of a religious base. In fact, they couldn’t have arrived without a supportive religious system. The antichrist can only come to power because of the quasi-Christian Beast he rides, called the “Great Whore” in The Revelation. But after he succeeds and arrives at his desired destination, he betrays his mode of transport, the Beast, by destroying her.

I believe a significant portion of fundamentalists today have become seduced by a form of symbol worship. “Idolatry” is defined as blind and excessive devotion to a person or thing. If an individual or group of individuals are caught up in a collective act of blindly venerating the same object or person, this common bond is defined as a “cult.”

Twenty-first America is encumbered by a mass cult which is stripping away the nation’s constitutional rights, civil liberties, and potential greatness. Ironically, it is also threatening the very religious freedom for which they claim to cherish dearly.

Symbols mean more than substance today. Little flag pins arouse more adoration than real acts of valor. FOX’s America preferred to investigate (and lie about) John Kerry’s medals than George Bush’s AWOL, cocaine use, and draft-dodging. FOX’s America preferred to perpetrate the Obama birth certificate myth than investigate torture and treason. Barack without a tie in the Oval Office elicited more outrage than Blackwater’s murders. It is symbolism the right-wing is after, not reality. Surface outweighs substance. 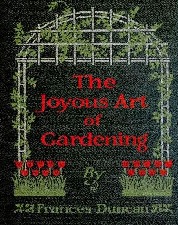