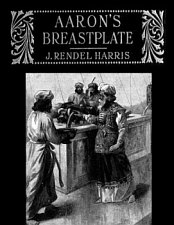 Jesus Is Their Health Care

Christian conservatives support health care co-operatives -- but only for other Christians. Sounds like something Jesus would approve of.

Why do conservative Christians in the US favor healthcare co-operatives? Speakers at the Family Research Council's values voters summit this month unanimously opposed any government-run options, which they believe may lead to "European socialism". But they endorsed collectivism in another guise: health co-operatives. This differentiation is the logical outcome of crass, Christian right exclusivity.

Manchester, my adopted home, is the birthplace of the British co-operative movement – a place, at the coalface of the industrial revolution, that experienced extreme inner city poverty and depravation. A place where working-class people, struggling with a multitude of 19th-century problems in health and housing, collectively sought to help each other in times of crisis.

Co-operatives enabled those of like minds and similar situations to weather storms in which, through no fault of their own, good working men and women simply needed a little assistance: an illness that temporarily lowered the family income, the expense of healthcare and even funeral costs. Co-operatives were a common-sense solution to the occasional crisis of the common man.

In a similar fashion, co-operatives seem one common-sense solution in America's healthcare debate. They offer an alternative to individually purchased private health insurance or to limited employee schemes with high deductibles, both of which are costly for the average citizen. Healthcare co-operatives could bring together individuals, increasing their purchasing power and driving down the cost of health insurance. It isn't the glorious NHS, but it's a good idea with a solid history.

Of course, a part of that history is the context in which it was given birth. The industrial revolution, as the coming of the age of capitalism, was the thesis to which the co-operative movement was the antithesis. The individualism, the force of the market, produced a level of squalor, a level of personal insecurity and a fundamental disregard on the part of business, for the collective need. For that moment in history, the most famous (adopted) Mancunian was named Marx. He wrote much of his critique of capitalism as he sat watching the factories billow smoke into the Manchester air above and the sewers running through the streets below.

Co-operatives were a better alternative to parish councils. Those traditional ports in a storm were overwhelmed by capitalism, and Protestant pragmatism led to prioritizing poor relief. The "deserving" poor were delineated from the "undeserving" poor. Those deserving of help were those familiar to the parish councillors, those known to be of moral standing, those who could be trusted, upon receipt of help, to do better. The landscape around Manchester is dotted with workhouses that gave refuge, employment and some education to those less deserving and more fitting for a life akin to indentured servitude.

For all their invocations of fear of "European socialism", it is somewhat surprising to find American values voters endorsing a policy so anathema to free-market capitalism – a significant shift for those normally endorsing individual responsibility. The ideological Petri dish for co-operatives was the recognition of the limits of individualism and capitalism. Undoubtedly, values voters endorsing co-operatives would not share this ideological moment of conception. So what is motivating this new-found recognition of the benefits of collective bargaining?

Given their penchant for delineating categories of "us" and "them" – those who speak the Truth and those who do not speak with God's voice – values voters seem more like traditional English parish councils, with a clear message of who is deserving and undeserving. During a breakout session at the values voters summit in 2007, Hillary Clinton's healthcare plan was dismissed as a means for the "gay lobby" to ensure healthcare for all homosexuals – who, because of their sin, would eventually die of Aids.

In a session on "Obamacare" at this year's summit, the Galen Institute's Grace-Marie Turner advocated covering the uninsured by "allowing them to get healthcare through …church groups". A public option can be dismissed as it would mean using (good) taxpayer money to provide care for (bad) deviants avoiding responsibility for their moral and sexual choices.

If this seems far-fetched, think again. The "health sharing ministries" of Medi-Share "brings Christians together to share medical bills with one another. … Your healthcare dollars go towards supporting healthy and biblical lifestyles". Each adult member must:

Have a verifiable Christian testimony indicating a personal relationship with the Lord Jesus Christ, attend a fellowship of believers, regularly and actively support that ministry and live under the discipline of that body; share the conviction that believers are to bear one another's burdens according to Galatians 6:2; believe the biblical doctrine that their bodies are temples of the Holy Spirit and therefore are to be kept pure; must not engage in sex outside of traditional Christian marriage; cannot use tobacco or illegal drugs in any form, or abuse legal drugs or alcohol; be a US citizen (those serving abroad as missionaries may qualify).

Or maybe "as a reward to living a Godly and moral lifestyle" you prefer to purchase ChristiaNet Health Insurance – a "bill-sharing co-operative" that "caters to people opposed to paying for the high-risk, sinful lifestyles of the average American citizen".

You may want to note that "tobacco use, excessive drinking, homosexuality and extramarital sex are strictly forbidden" and "anyone caught violating these specific exclusions can be dropped" and that "services do not pay for abortion or treatment of sexually transmitted diseases that were not contracted by being innocently overwhelmed and overpowered". Their company motto: "The fear of the Lord brings health to your body."

So, like most things in politics, explanations are most often economic: follow the money. Health follows directly from good morality, and unhealthy, immoral people will cost money. Those at the values voters summit endorsing healthcare co-operatives can endorse a collective of those like-minded and similarly situated.

But without a public option, just like the parish councils of yore, those undeserving can be interned to God's waiting room of residual care where they can await judgement. This is not an outcome in the spirit of the co-operative movement, nor probably one endorsed by any holier spirit. 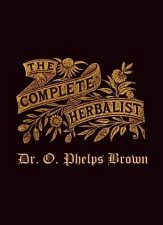