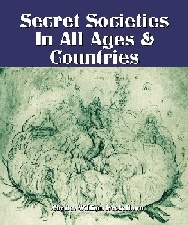 For serious Catholics it is devastating.

A former Canadian bishop, Raymond Lahey of Antigonish, Nova Scotia, has been charged with distributing and selling child pornography after Canadian Border Services Agency officials at the Ottawa airport examined his laptop computer.


If the allegations are true, the crime is truly sickening and must send waves of revulsion through all of us.

It says a great deal about the man who is accused but -- and this is important -- it says little if anything about the organization to which he belongs.

Yet within hours of this case becoming public, the blogs were full of the now time-honoured Catholic bashing we have come to know so well in the new age of tolerance.

In the standard academic work on sexual abuse within the Roman Catholic Church, Pedophiles and Priests, author Philip Jenkins proves the rates were the same inside the church as within any other religious body or, for that matter, within public education, the police or almost every other institution.

Always wrong, always repugnant, but in no way confined to Catholicism or peculiar to the Roman Catholic Church.

Priests do, though, enjoy such a position of trust that their offence is particularly odious, and to deny this is absurd.

Yet it is equally undeniable that when Catholics are involved, there seems to be a particular delight in passing judgment.

It's as if every practising Catholic is responsible for the sins of one man who has, after the pain caused to the children he has allegedly violated, done more harm to Catholics than to anyone else.

Imagine how a Catholic parent feels, or how Nova Scotia Catholics who have worked and sacrificed so hard for the church they love feel.

It's inevitable that commentators will once again discuss the notorious North American clergy abuse scandal, especially as Lahey had recently settled a multi-million-dollar abuse claim.

If we are brave enough to be honest, we will admit the abuse horror was not really about children at all but more about young men being exploited by homosexual priests in positions of power.

New York University's exhaustive study of abuse cases since the 1950s revealed that more than 80% of the victims were pubescent boys. Yet when the church responded by, in part, announcing much stricter guidelines concerning the possible homosexuality of potential seminarians, it was accused of homophobia.

A no-win situation. As will be the case now.

It could well be argued that the Roman Catholic Church has shown more commitment to protecting children than any other entity in the world.

The most vulnerable children, such as the disabled and those living in poverty in North America or in terrible conditions in the developing world, often have only the church to care for them.

None of this changes because of the actions of one, two or even dozens of priests.

The church is still the church and criminals are still criminals. Whatever their profession or beliefs.